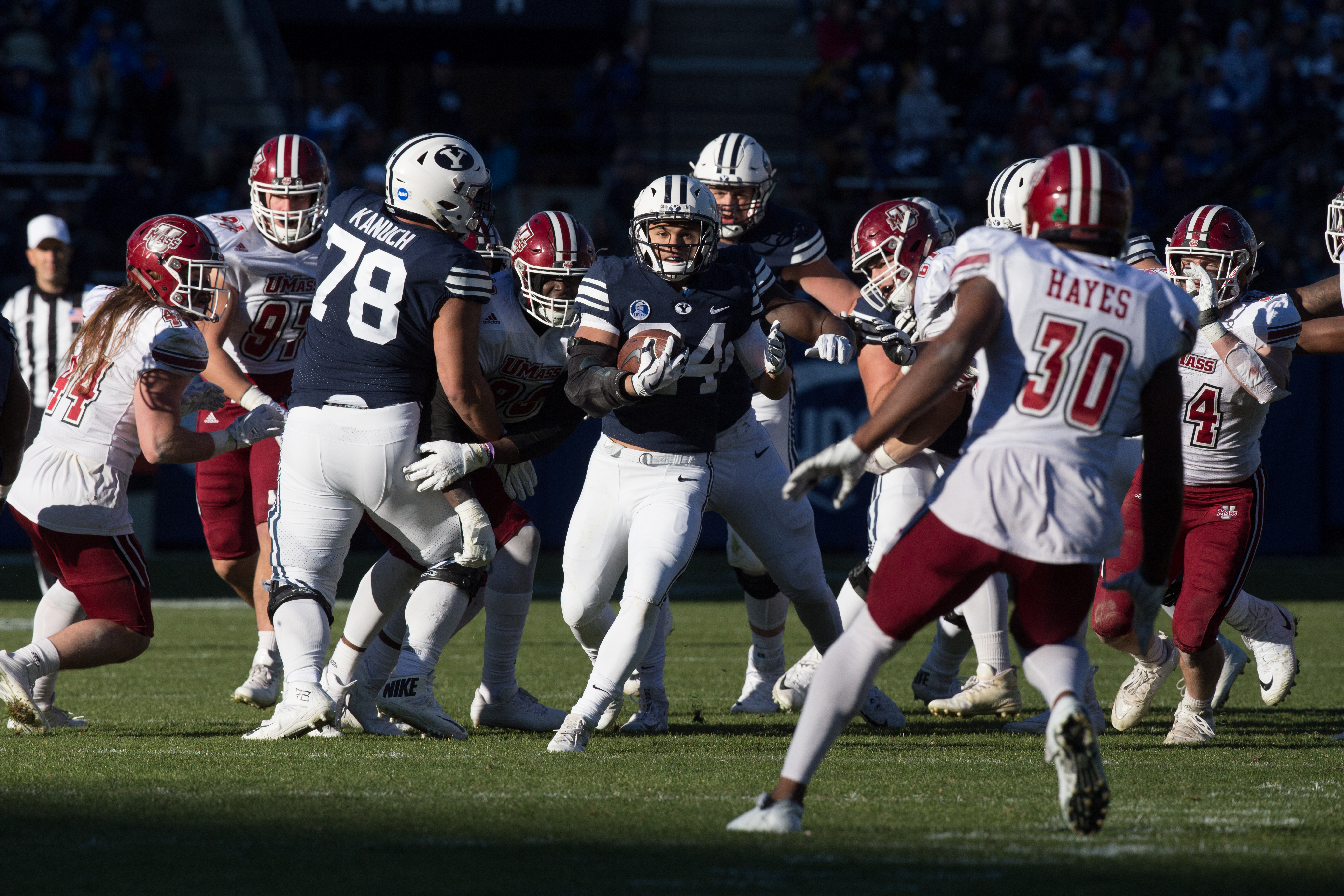 The BYU football team will travel to Hawaii this week after a 16-10 loss to UMass to end the season at Aloha Stadium Nov. 25 at 7 p.m. MST.

“This season has obviously been disappointing, but we have to find a way to work through it, and springboard next season with a win (this) week,” said BYU coach Kalani Sitake.

The Cougars and Warriors have played 29 times with BYU holding a 21-8 edge all-time and a 12-8 lead in games played in Hawaii.

However, some of those trips to Honolulu have been anything but paradise for the team.

In 1989, BYU traveled to Hawaii with a 6-1 record while riding a five-game winning streak.

The Warriors proceeded to thump the Cougars 56-14 to hand BYU its only WAC loss of the year.

In 1990, BYU returned to Hawaii for the season finale. The Cougars brought a No. 4 national ranking to Aloha Stadium and junior quarterback Ty Detmer had just been awarded the Heisman Trophy. But that didn’t faze the Warriors.

Hawaii dominated the game yet again, and BYU’s 59-28 loss dropped them out of the national championship conversation and down to No. 13 in the AP poll.

Finally, in 2001, the Cougars returned to Honolulu under new coach Gary Crowton with an undefeated season on the line.

Current Hawaii coach Nick Rolovich was the Warriors’ quarterback for the game, and he threw for a career-high 543 yards and eight touchdowns to end BYU’s hopes of a perfect season with a 72-45 win.

This year, the stakes are lower as both teams enter Saturday’s game guaranteed of losing seasons for the first since 2004 for BYU and 2015 for Hawaii.

A Cougar win would prevent the first season with double-digit losses for BYU since 1949 when the Cougars went 0-11.

The last time BYU finished with nine losses was in 1955.