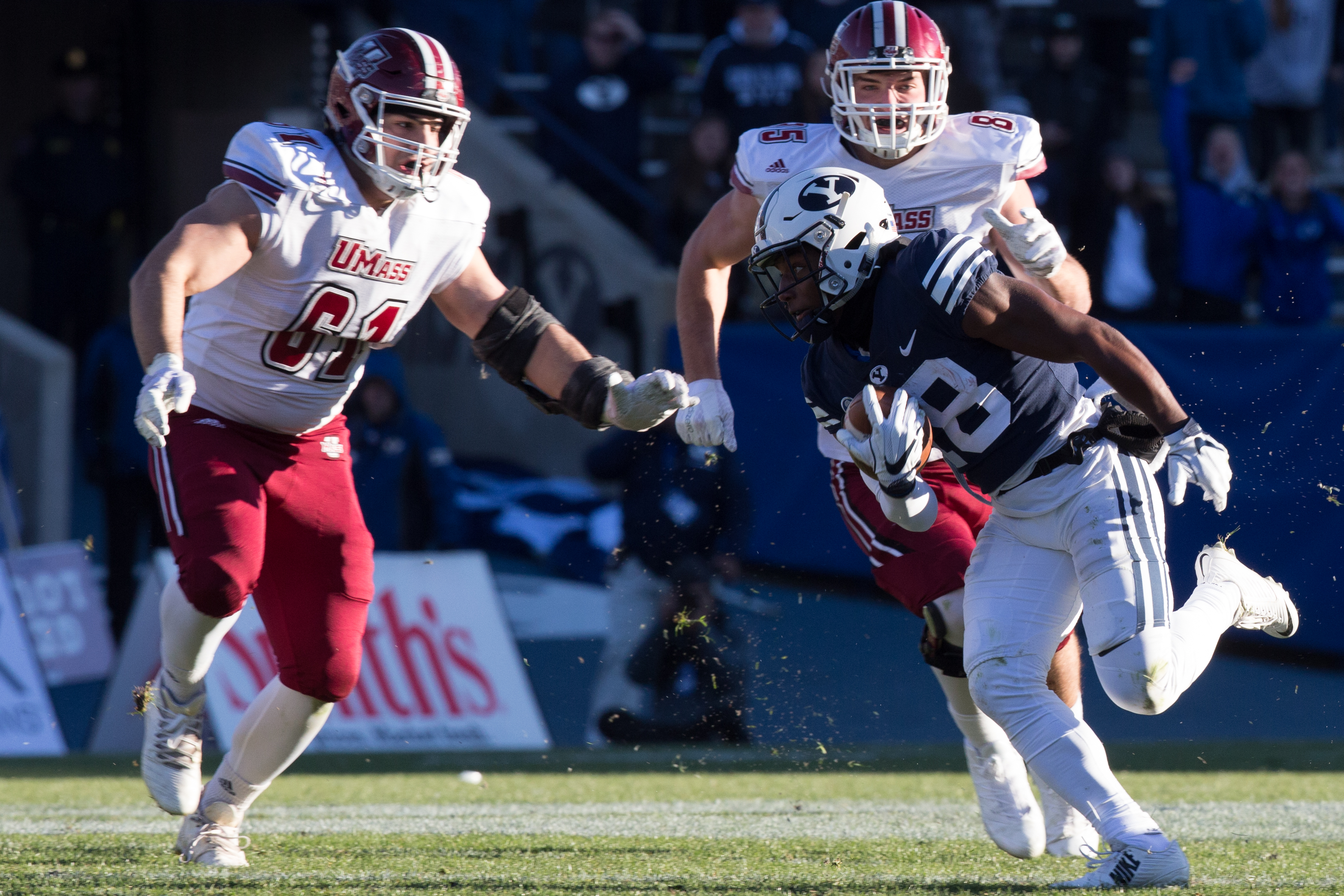 The BYU football team lost to the UMass Minutemen 16-10 Saturday in the last game at LaVell Edwards Stadium this season.

With one game left on the schedule, the Cougars’ record is now 3-9, one of the worst in BYU’s history.

Coming into the game, the plan was for BYU to use the passing to take advantage of heavy pressure coming from the UMass defense, according to head coach Kalani Sitake.

Unfortunately, they were not able to execute the gameplan or withstand the pressure on the line, with Critchlow getting sacked seven times.

The game remained extremely close going into the second half, with both teams trading possession back and forth until UMass kicker Logan Laurent kicked a 34-yard field goal to put the Minutemen up 3-0 with 5:15 left in the second quarter.

UMass would score again on the first drive of the second half on a 40-yard pass from quarterback Andrew Ford to Andy Isabella.

UMass kicked two more field goals before BYU could answer with any points of its own.

With 1:35 left in the third quarter, kicker Rhett Almond got BYU on the scoreboard with a 40-yard field goal at the end of a 9-play, 53-yard drive.

The score stayed at 16-3 in favor of UMass until the final minute of the game when Critchlow capped off another 9-play drive with a touchdown lob pass to Matt Bushman with 0:53 left on the clock.

This brought the game within one touchdown for the Cougars, but a failed onside kick attempt sealed their fate.

Critchlow took part of the responsibility for BYU’s performance after the game.

“There are a lot of improvements we need to make on the offensive side of the ball,” Critchlow said. “I failed to recognize quite a few blitzes that came my way.”

This is the first season BYU has lost at least nine games since 1955.

The Cougars will travel to Hawaii for their final game of the season on Saturday, Nov. 25.

The game will begin at 8 pm MDT and will be broadcast on the CBS Sports Network.