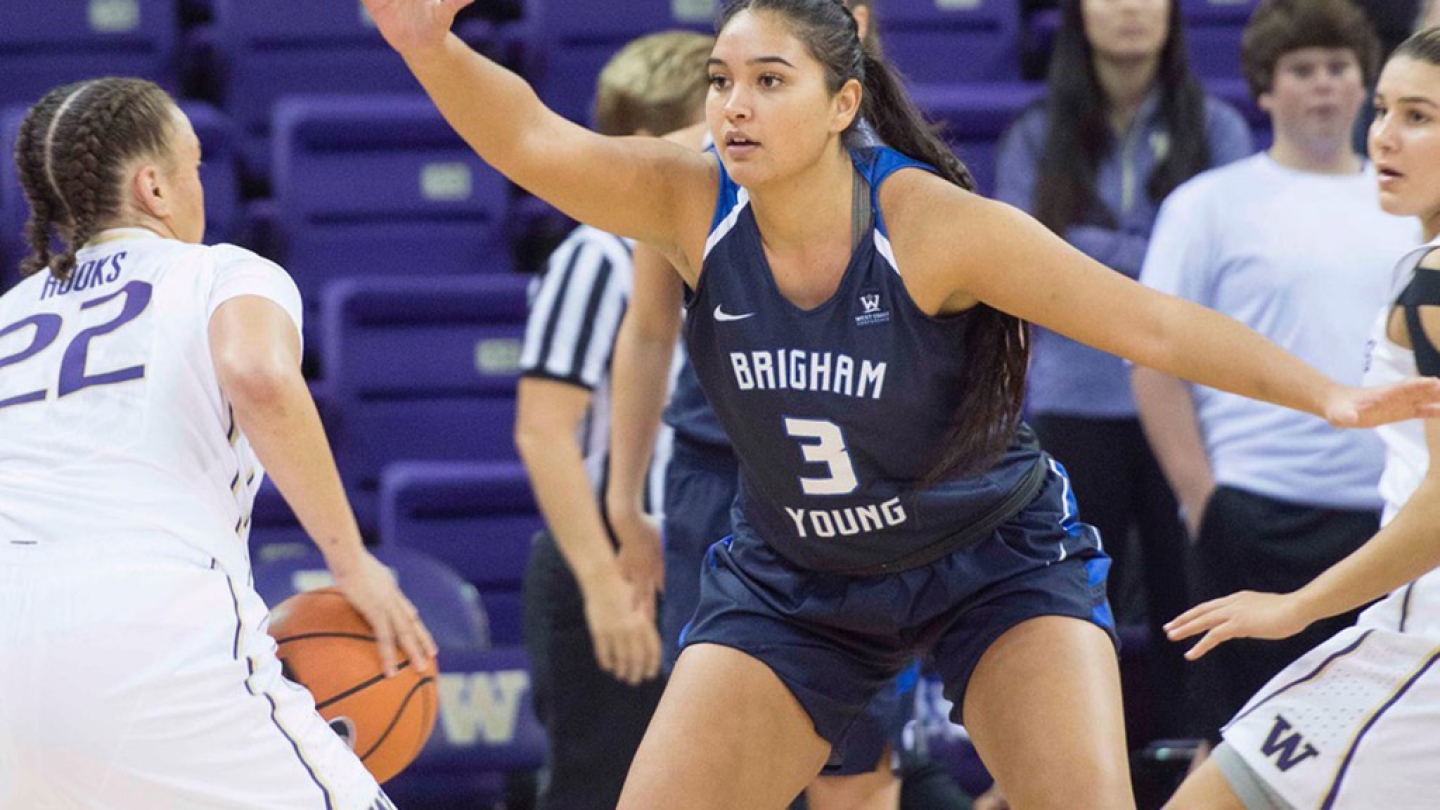 The BYU women’s basketball team lost its first game of the season Wednesday to the Washington Huskies 80-72.

A late 3-pointer by Paisley Johnson wasn’t enough to bring the Cougars back into the game after being down by as much as 16 points and missing several key free throws.

“We gave them too many easy baskets and we didn’t play defensively like we should – they got us out of our rhythm,” said coach Jeff Judkins. “We had our opportunities late in the game to give us a chance, but we couldn’t get it done. We need to play a lot better on the road.”

Cassie Devashrayee and Shalae Salmon were stalwarts once again for the Cougars; Devashrayee led the team with 22 points and four assists while Salmon pulled down a game-high 15 rebounds and was just one bucket shy of her second double-double of the season.

Devashrayee also played the entire game — she was the only player to log 40 minutes in the game.

Brenna Chase and Liz Eaton added 12 points apiece off the bench, but it wasn’t enough in the end.

The Huskies lead the entire game, squandering every Cougar run with an even larger run of their own.

The Cougars left six points at the free throw line, including three in the final minutes of the game.

BYU took care of the ball much better this time around, accumulating only 17 turnovers compared with 25 last week against SUU.

The two teams were extremely close in every statistical category, with the Cougars even winning the rebounding battle 43-39.

In the end, the difference came down to the free-throw line, as the Huskies made 20 compared to the Cougars’ 11.

BYU will look to bounce back on the road against Eastern Washington (1-1) Friday, Nov. 17 at 7 p.m. MST. Links to live stats and video can be found on the BYU women’s basketball schedule page.