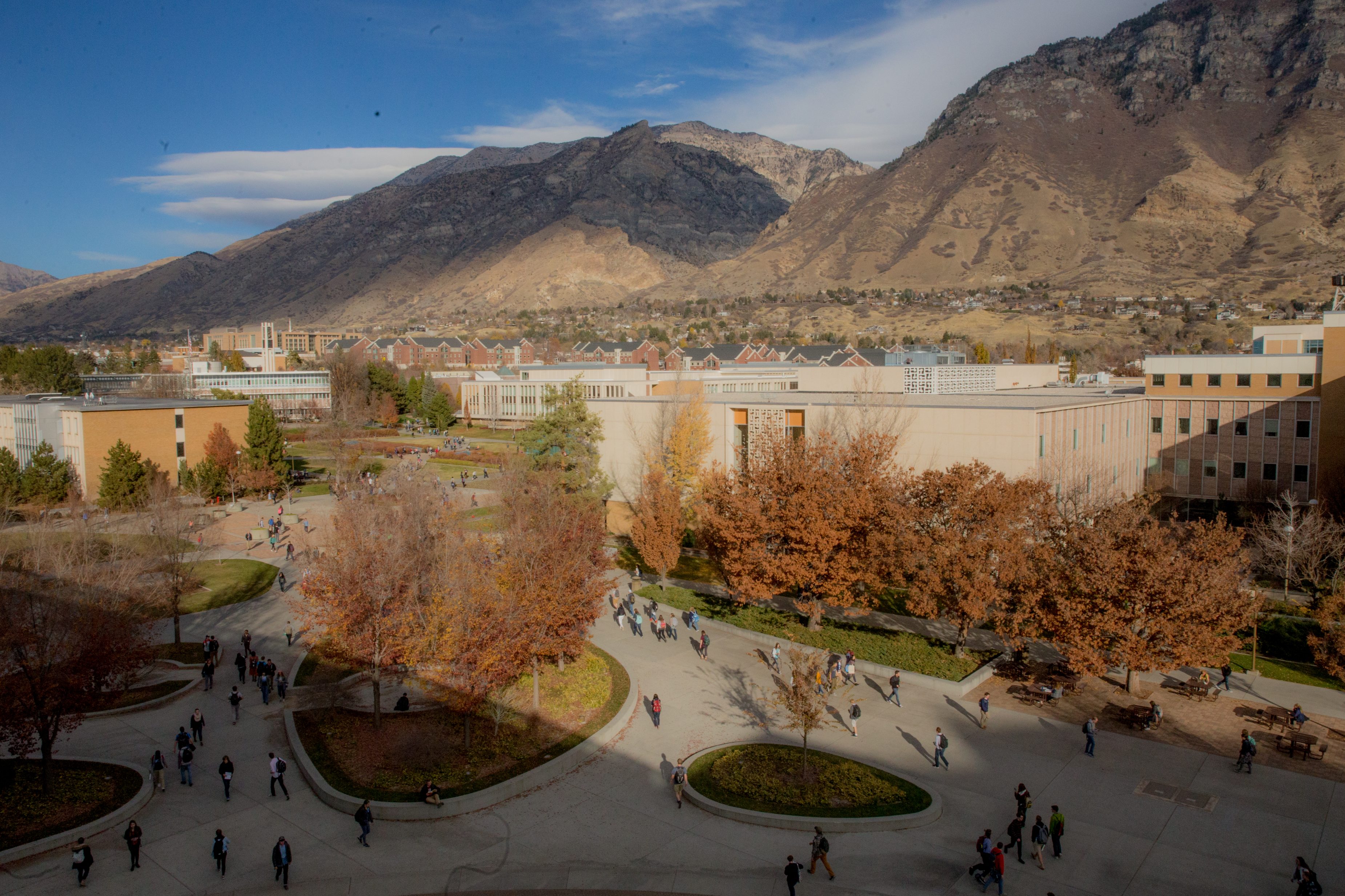 BYU conducted a campus climate survey earlier this year regarding incidents of sexual misconduct and campus perceptions of the issue. Forty-three percent of BYU students participated in the survey.

The report was released Thursday, Nov. 16.

Brown University professor Lindsay Orchowski, a national expert on sexual assault on college campuses, consulted with BYU during the development of the survey. Orchowski said about 1 in 16 women and 1 in 83 men at BYU experienced some form of unwanted sexual contact in the year prior to the survey.

The data suggest that “whether a student is in a large lecture hall or a small seminar class, there is likely to be someone in the same room whose life has been recently affected by sexual violence,” Orchowski said. “Alarmingly high rates of sexual violence are seen among colleges across the United States, and despite over 30 years of awareness and advocacy efforts, the rates of sexual violence have shown little decline.”

Orchowski said campus climate surveys are key in raising awareness and mobilizing efforts to address the issues regarding sexual violence.

“The level of student participation in the BYU climate survey far exceeds that of many other institutions who have conducted similar surveys,” Orchowski said.

The campus climate survey was one of the 23 recommendations introduced by the BYU Advisory Council on Campus Response to Sexual Assault. The university also implemented other recommendations, including the creation of a full-time victim advocate position, hiring a full-time Title IX coordinator and introducing an amnesty clause for victims and witnesses of sexual violence.

Ben Ogles, the survey committee chair and dean of the College of Family, Home and Social Sciences, was on the advisory council. He said one reason for doing the survey was to get a better idea of what students are experiencing.

Some 475 participants reported experiencing a form of unwanted sexual contact while attending BYU in the 12 months prior to taking the survey.

BYU health sciences professor Rosemary Thackeray said BYU is unique compared to other universities in the low rate of alcohol use by perpetrators and victims. The report indicates alcohol and drug use was rarely present in incidents of sexual misconduct. Only 6 percent of victims reported the perpetrator had used alcohol or drugs prior to the incident, and just 2 percent of victims reported using alcohol or drugs prior to the incident.

Thackeray said another unique aspect of the data is BYU students are more likely to be assaulted by a current dating partner or spouse than on other campuses. There are also fewer reported cases of actual rape.

“There tends to be more cases of unwanted sexual contact — the forced touching. We see more of that at BYU and less of the penetration,” Thackeray said. “This is a form of assault and needs to be part of education and training.”

Thackeray said it is important to help students understand what a healthy relationship looks like and the definition of consent.

Only 36 percent of the incidents reported on the climate survey were reported to formal sources of support. The majority of students seeking formal support sought help from their ecclesiastical leaders first. Ogles said after participants indicated they reported an incident to an ecclesiastical leader, they were asked if it was a helpful experience.

“The majority said it was helpful,” Ogles said. “We know those who experienced incidents of sexual misconduct felt support from those leaders.”

Ogles said he would encourage students to speak with their ecclesiastical leaders, but he would also like for them to report somewhere on campus. He encouraged students to go to the victim advocate or Title IX Office in order to decide what to do next and how to get the best help.

Two-thirds of survey participants disclosed incidents of sexual misconduct to informal sources, including friends, roommates and family members, but just 41 percent of participants said they knew where to take a friend to get help.

Thackeray said BYU students often don’t know what the definition of sexual misconduct is, where to get help or how to report incidents. She hopes the results of the survey will raise awareness and result in greater education and training. “There has to be awareness that there actually is a problem,” she said.

Ogles said if people don’t report sexual conduct, the community won’t be able to make changes. “This is serious, and people can get help,” he said. “Even if they don’t want someone to intervene or take action, it’s still important to report so we can try and deal with perpetrators.”

Ogles said change hinges around people being willing to come forward and say “this happened to me.” He said the recent #MeToo campaign has emboldened people to speak out, even years after the experience. Ogles hopes this will make a difference.

“Four hundred and seventy five students experienced unwanted sexual contact in last year,” Ogles said. “That’s way too many. It should be zero.”

Read more about the changes the BYU Title IX Office has made in the last year and its efforts to increase education and training.

Read more about the #MeToo campaign and the effects of speaking out.