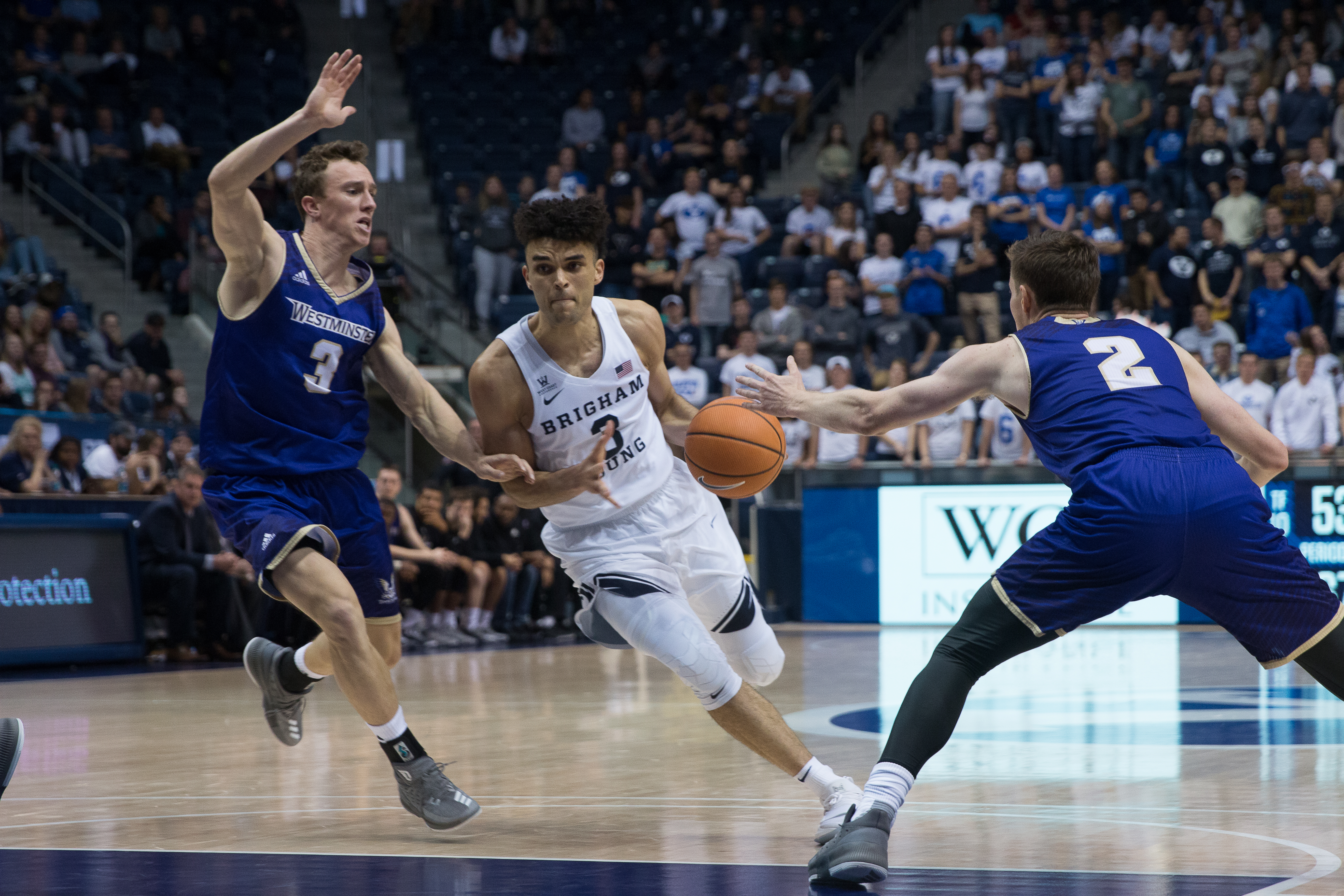 “We did a really good job on the defensive end,” said BYU coach Dave Rose. “I’m happy for the guys. I think we have a real commitment to that and these guys understand the importance of executing the game plan and staying with it to the end.”

Elijah Bryant was the leading scorer for the second game in a row with 22 points. He was near perfect 9-of-10 from the free throw line. He also had seven rebounds.

“It was a really intense game, especially down the stretch,” said Dalton Nixon. “It feels really good to get that win here. It was awesome to see all the BYU fans show up and it felt like a home game at times.”

Yoeli Childs aided the team by grabbing 11 rebounds. This was his second-straight game with double-figure rebounds.

The Tigers made three-consecutive free throws shortly before the half and the two teams entered the locker room tied at 29-29.

According to Rose, the team shifted their momentum during the second half to play more defensively.

“In the first half, Princeton really dominated the boards,” Rose said. “We had some fire to come out the second half and not let that happen again. We locked in, guarded the ball and played more team defense.”

Zac Seljaas knocked down a 3-pointer and Bryant went 4-for-4 from the free throw line after Princeton’s coach was given two technical fouls and ejected, which brought the score to 52-43 BYU.

With four minutes left in the game, Princeton made it back within three points of the Cougars, 54-51. However, the Cougars kept the lead as Haws made five free throws to push the score to 59-54.

A field goal from Childs, a layup from Bryant and two made free throws from Childs gave the Cougars their largest lead of the night at 11 points.

The Tigers scored their last points of the night with a layup with 10 seconds on the clock, and BYU ran out the clock to seal the 65-56 win.

The Cougars’ next game is on Saturday, Nov. 18, against UT Arlington. It will be held at the Marriott Center at 7:30 p.m. MST and will be broadcast on BYUtv.