Two of our favorite buildings on campus, the Martin L. Thomas Building (the MARB) and the Harold B. Lee Library (the HBLL), have their very own (and very witty) Twitter accounts. The MARB and the HBLL have a history of going head-to-head in the Twittersphere in an ongoing battle to determine which building is the best — and it’s hilarious.

Here’s a lineup of seven of the greatest moments of the Twitter battle between the two buildings this school year:

2. The time the HBLL was challenged to a basketball game after insulting the MARB 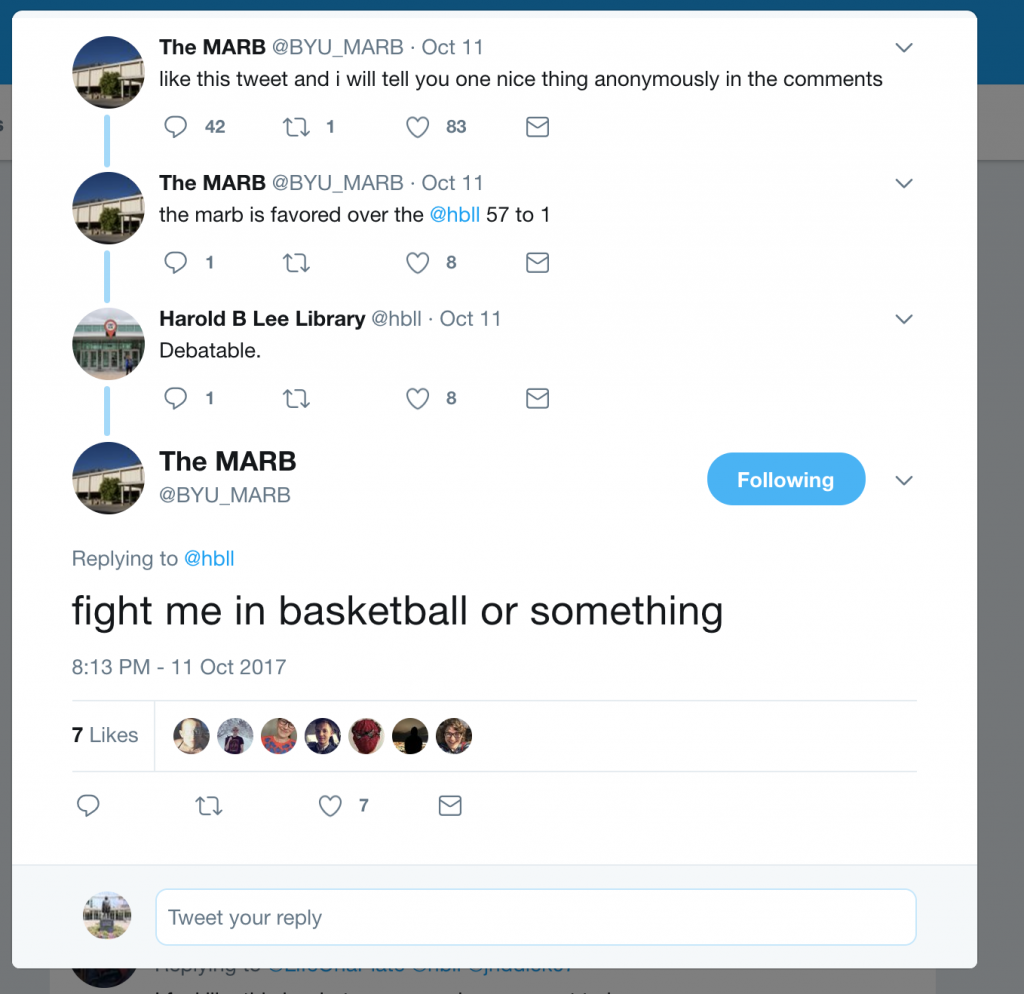 3. The time we thought the two buildings might make up, but… 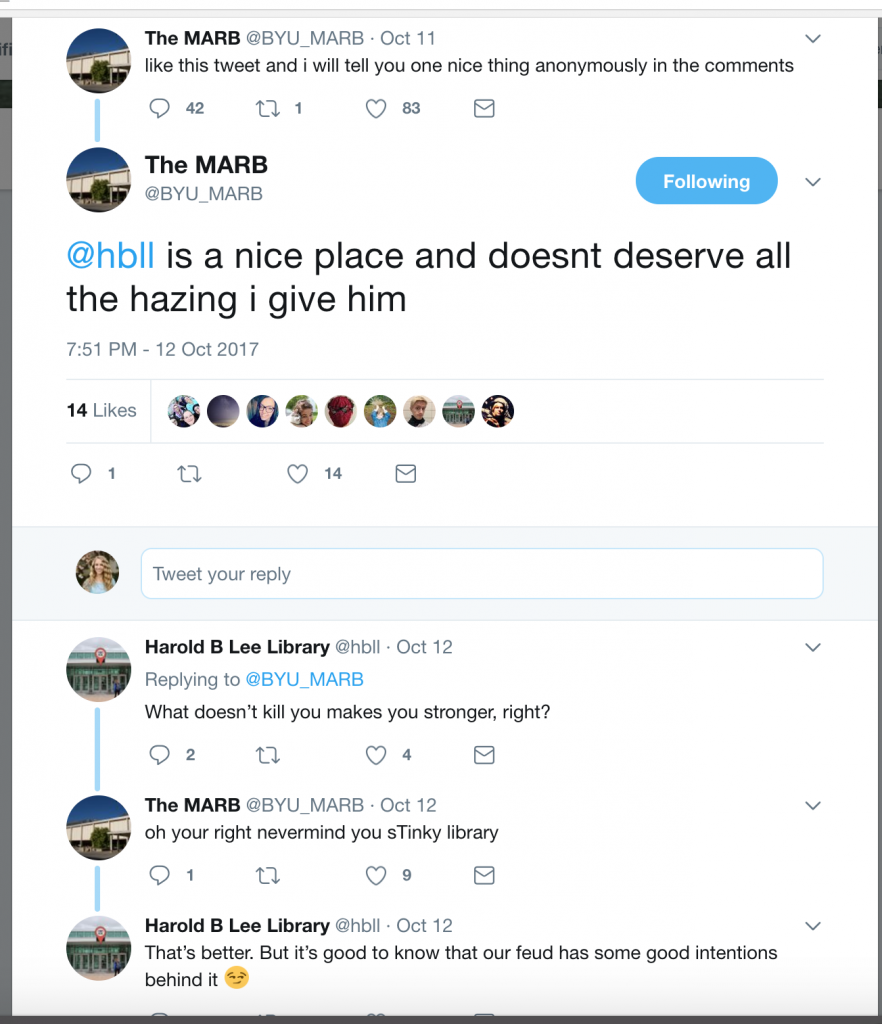 4. The time the MARB spoke up after it wasn’t included in campus superlatives 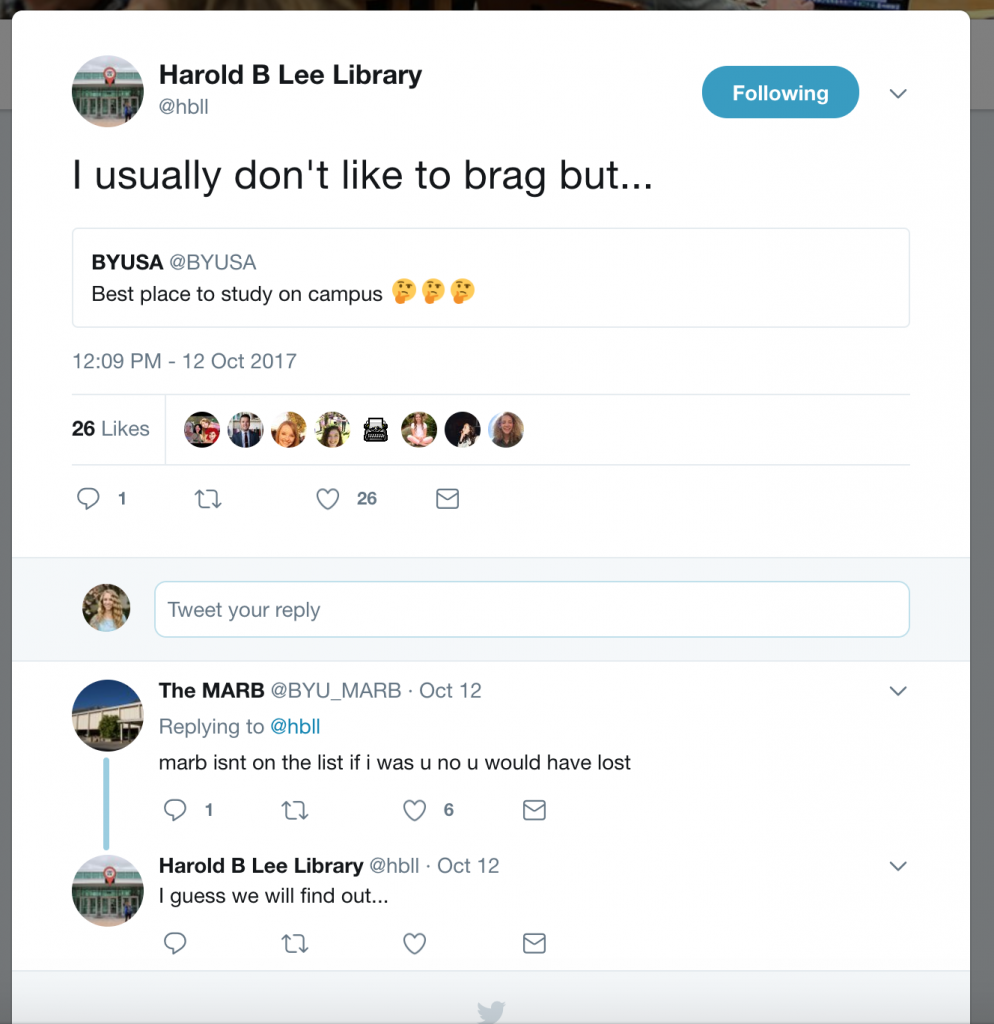 5. The time the HBLL got all the votes and the MARB played it cool 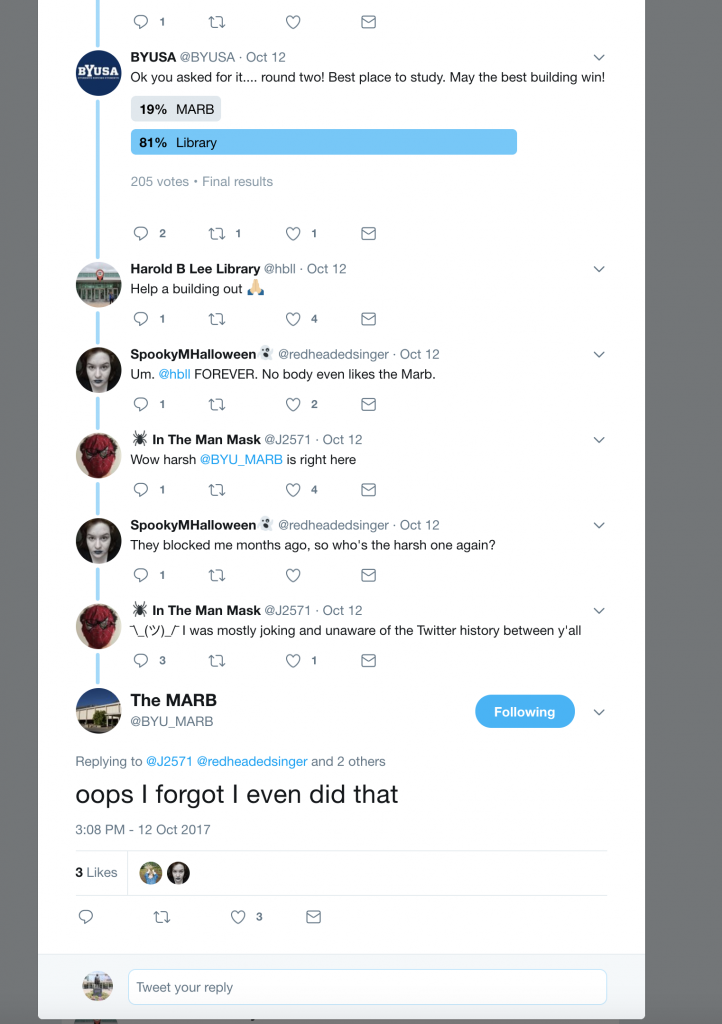 6. The time the MARB talked about nonsensical tweets involving the HBLL 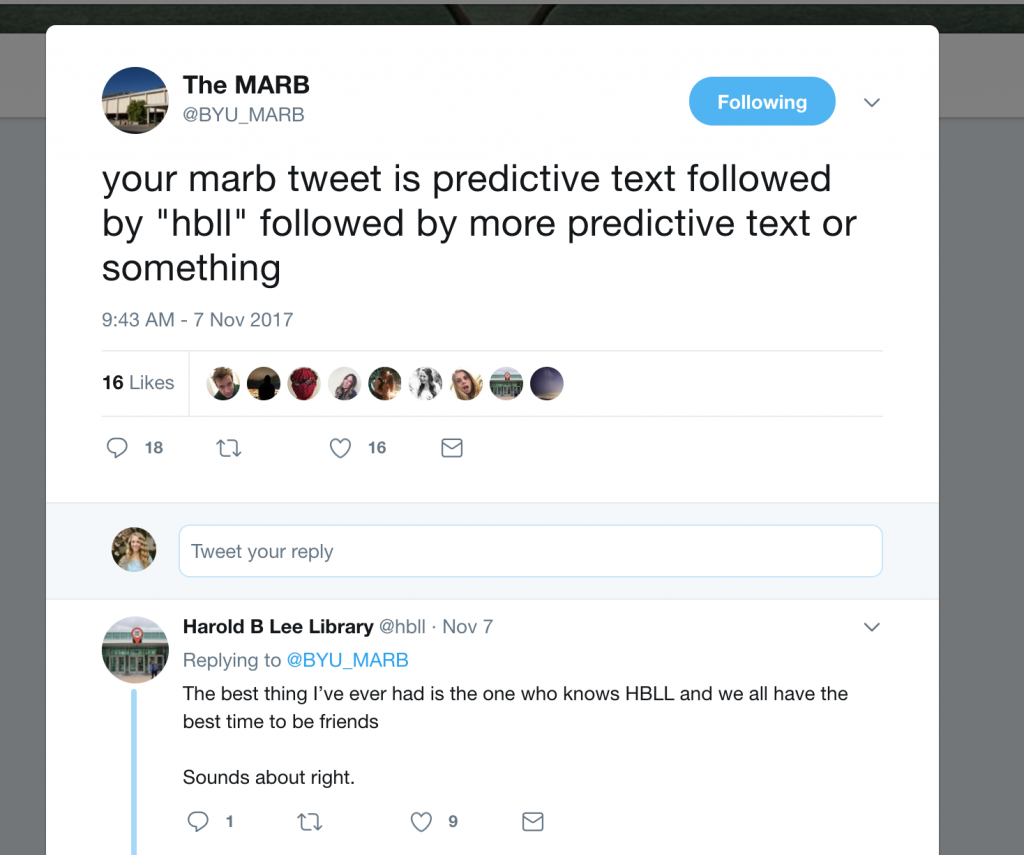 …to which the MARB replied: 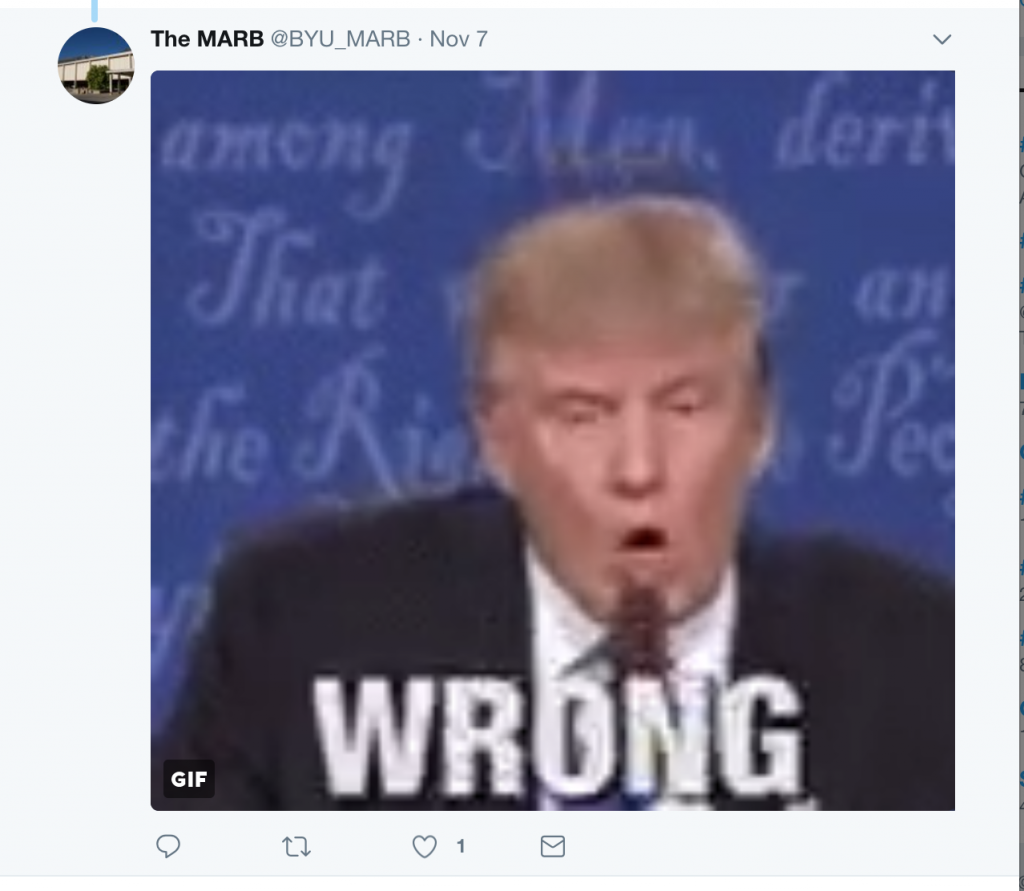 7. The time when the HBLL and the MARB showed a little love for each other 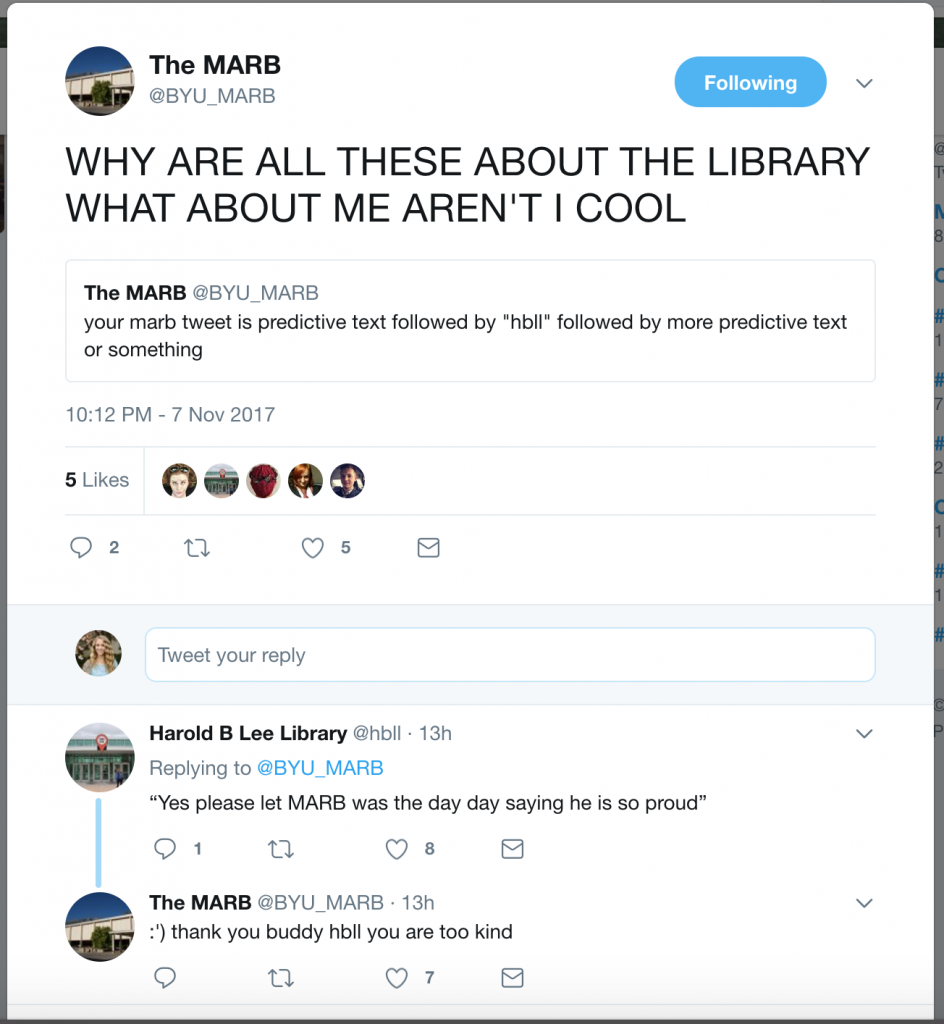 We aren’t sure who will win the battle of the buildings in the end … but we can’t wait for more MARB v. HBLL tweets!

The world in a single building