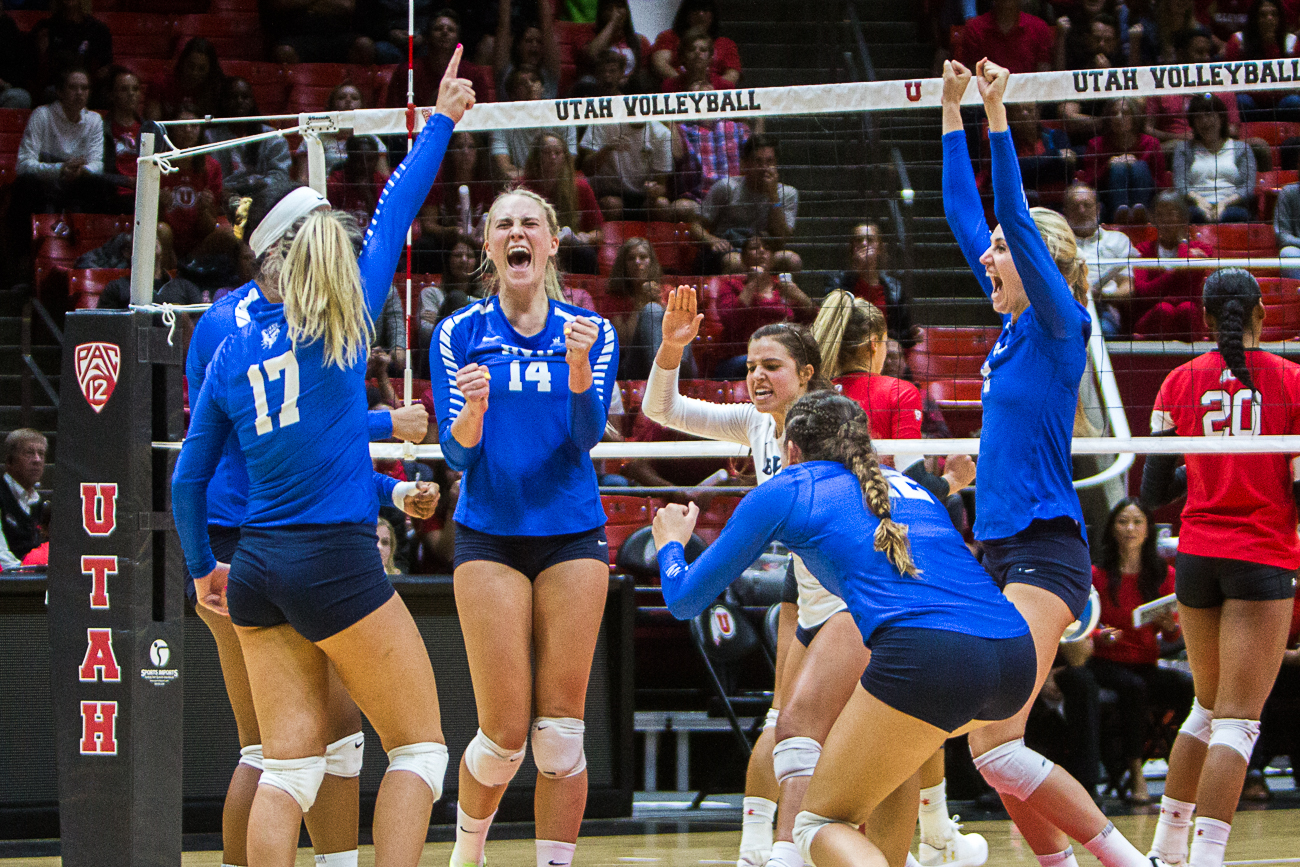 The BYU women’s volleyball team was awarded the No. 13 overall seed for the 2017 NCAA Tournament Sunday and will host American Universtiy in the first round Dec. 1 at 7 p.m. MST at the Smith Fieldhouse.

Oregon and Kennesaw State will compete in the other match in Provo at 4 p.m. MST, with the winner of each match playing each other in the second round Saturday, Dec. 2, at 7 p.m. MST.

The Cougars won a share of their fourth-consecutive West Coast Conference title after sweeping LMU on Senior Night Nov. at the Smith Fieldhouse.

BYU finished the regular season with a 28-2 record, tied atop the WCC with San Diego, who also made the tournament.

After losing in last season’s Sweet 16, the team is looking forward to another chance to make a run to Kansas City.

“We are playing one match at a time and sticking to the basics,” said BYU head coach Heather Olmstead. “I think this team is pretty special and it will be fun to see how far we go.”

When asked how the team prepares for the tournament Mary Lake said, “I think we just treat every practice the same, just really working on getting better and not just playing matches but playing well enough to where we know we are improving.”

How does the NCAA Tournament work?

There are 330 NCAA Division I women’s volleyball teams that are eligible to compete in the tournament. The single-elimination tournament begins with the top 64 teams. Of those teams, half automatically qualify while the remaining 32 teams are selected on an at-large basis by the Division I Women’s Volleyball Committee.

The first and second rounds will take place Nov. 30 through Dec. 2 at 16 non-predetermined campus sites. Four teams will compete at each site in the single-elimination round competition.

The two winners then play each other in the second round to determine who advances to the regional round.

Regionals will then take place Dec. 8-9 on the campuses of the four highest-seeded teams remaining in each quadrant, where four teams will compete in another single-elimination round.

The two winners then face off in the Sweet 16; that winner will advance to the Division l Women’s Volleyball Championship, which will be held in Kansas City, Missouri, on Dec. 14–16 at the Sprint Center Arena.

BYU has made 13-straight NCAA Tournament appearances and reached the national championship game in 2014.