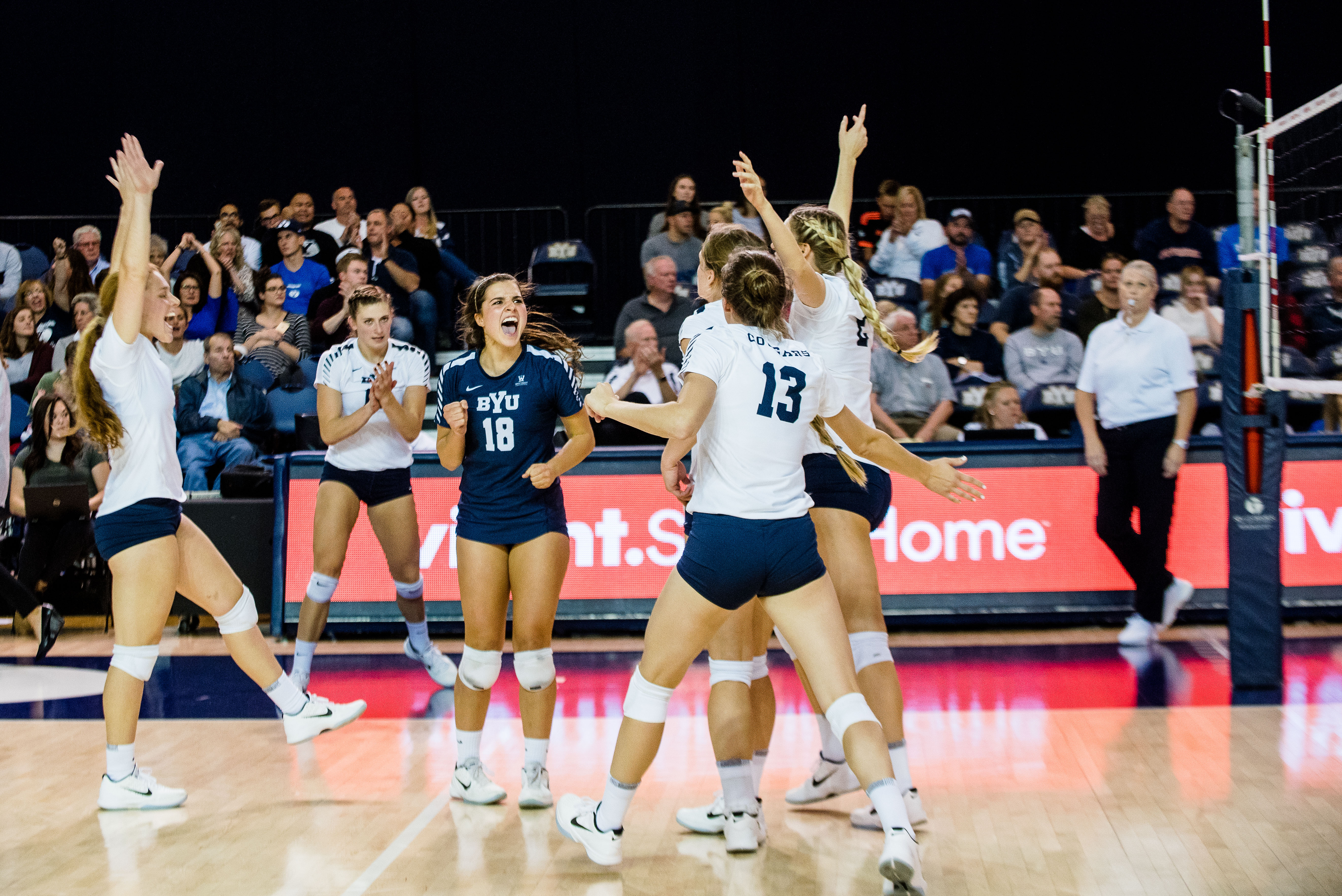 The No. 9 BYU women’s volleyball team finished its final regular-season road trip this weekend with a sweep against Portland (25-13, 25-20, 25-20) Saturday afternoon.

The Cougars advanced to 25-2 and 14-1 in West Coast Conference play on the season with the win.

“When all of your hitters hit for a high clip, it’s exciting to see,” said BYU coach Heather Olmstead. “Lyndie (Haddock) and Alohi (Robins-Hardy) did a great job of getting the right hitters the ball and then everyone took smart swings. Defensively, our block was technically sound versus some really good hitters.”

Jones-Perry lead with two kills to give the Cougars a 3-1 lead early in the first set. A pair of kills from Miller gave the Cougars a 9-3 advantage after a 4-0 run and Jones-Perry added two more kills later in the set to make it 21-8. Haddock ended the set with a kill at 25-13.

The Cougars opened the second set with a 4-1 run before Portland responded with a 10-1 run to take an 11-5 lead.

BYU caught up and a kill from Miller helped to tie the set at 13-13. Jones-Perry followed up with a solo block and a kill to give the advantage to the Cougars at 19-15 before BYU won the set 25-20 on two Miller kills.

The third set started with a 7-4 advantage for the Cougars before the Pilots rallied with a  4-0 run to take the lead at 10-9.

Miller sealed the set with a kill to finish the Cougars’ sweep.

BYU will return home to finish the regular season. The Cougars will face San Francisco Thursday, Nov. 16, at 7 p.m. MST in the first of three-straight matches at the Smith Fieldhouse.