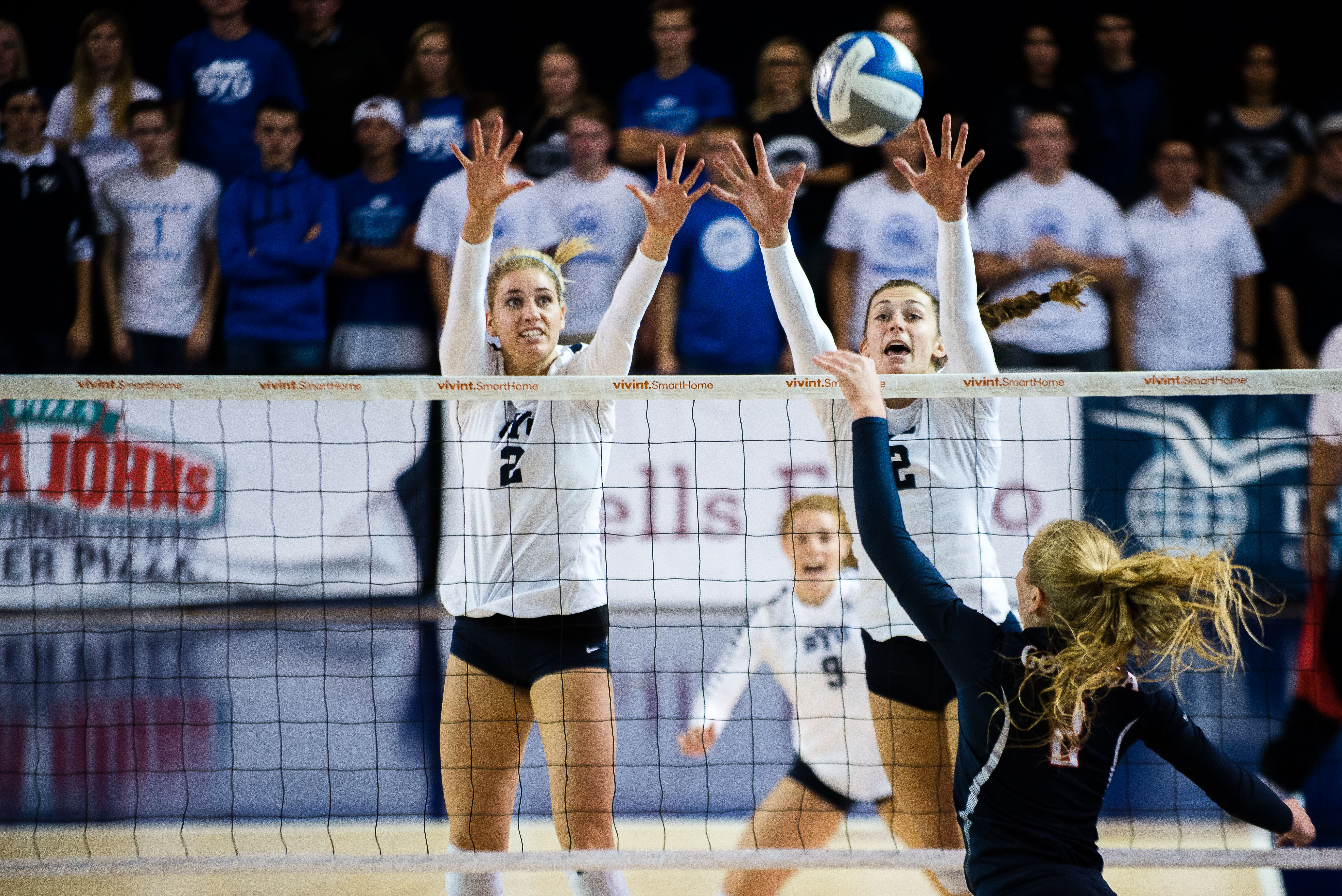 “Offensively, we had a great match tonight,” said BYU coach Heather Olmstead. “Lyndie (Haddock) did a good job of distributing the offense and we took smart swings. We served tough and played scrappy defense behind the block. We’re looking forward to using this match to keep getting better.”

BYU started strong with a Lake ace that put the Cougars up 4-2 in the first set. Jones-Perry followed with two kills to put BYU on an 8-1 run, for a seven-point lead at 10-3.

The Cougars expanded the lead to 16-7 thanks to two Mckenna Miller kills. Jones-Perry added another kill to put BYU up by double digits and Miller ended the set with a kill and the Cougars led 1-0.

The Bulldogs responded with a 3-0 lead due to BYU attack errors in the second set before BYU rallied with a 12-0 run thanks to three kills from Jones-Perry and Lacy Haddock, putting the Cougars up 12-3.

Gonzaga errors helped propel BYU ahead by 12 to 20-8 before another error ended the second set at 25-13.

Gonzaga rallied again with a 6-3 advantage to start the final set. The Bulldogs held their lead until a kill from Lacy Haddock evened the score at 8-8. Burnett and Lyndie Haddock helped their team with a block that tied the score again at 13-13. Another block gave BYU the lead at 17-16 before pulling away on 5-1 run to open a 22-18 led.

Miller ended the set with a kill and BYU claimed the third set 25-21 for the sweep.

BYU stays on the road this week for its last regular-season away match. The Cougars will face Portland on Saturday, Nov. 11, at 2 p.m. MST.