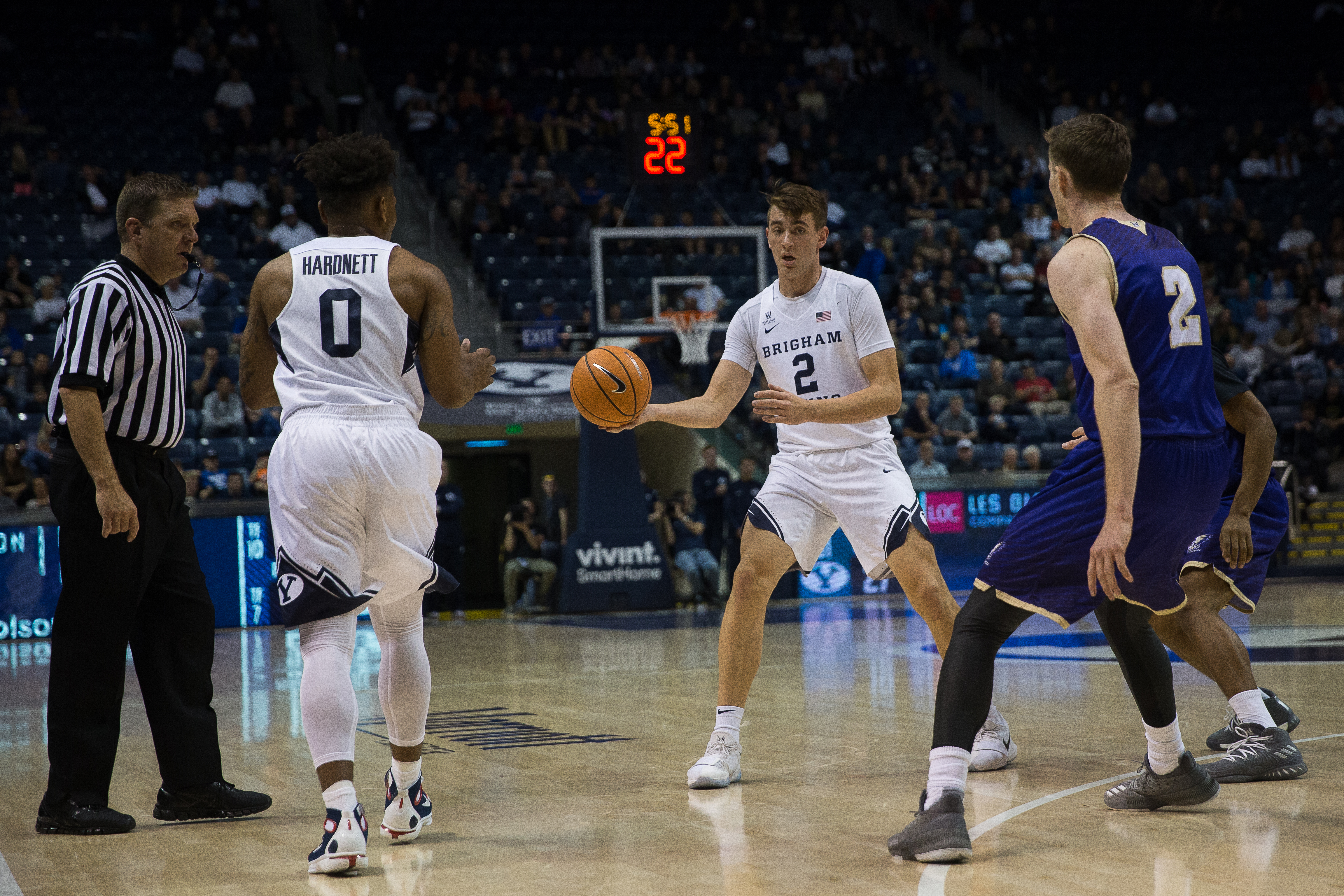 The Cougars had five players score in double figures and finished the exhibition portion of their schedule Wednesday with a 95-35 win over Colorado College.

The Cougars shared the ball extremely well, with 11 assists on 14 made baskets in the first half.

“There’s a flow to the offense when we get stops on defense,” said Luke Worthington. “When we play well on defense everybody’s comfortable on the floor, so the ball moves and it doesn’t stick anywhere.”

While Yoeli Childs continued his strong play with a double-double (11 points, 17 rebounds), the team was glad to see others take on some of the offensive load.

In fact, Childs didn’t score until almost five minutes into the first half.

BYU started the game with five missed 3-pointers in a row. TJ Haws finally made one a few minutes in that opened the floodgates for the team, which went on to make four in a row.

The accuracy from deep continued for the Cougars all night, making a total of 13 triples. They made nine in the first half alone, more than they had in each of their previous two games.

Haws went on to hit three shots from the perimeter and finished the night with 14 points, 4 rebounds and 3 assists.

The team announced prior to the game that Nick Emery would not play in this week’s games. Zac Seljaas took his place in the starting lineup and looked right at home.

Seljaas led the team with 19 points, including six 3-pointers, and opened the second half with a personal 9-0 run.

Junior Elijah Bryant said that the team has employed a “next man up” mentality with the absence of Emery. He quoted the Golden State Warriors’ “Strength in Numbers” slogan as something they have all taken to heart.

Bryant put together another solid outing himself with 12 points, 9 rebounds and 3 assists. He was announced as a team captain earlier today, along with fellow junior Luke Worthington.

“We have a lot of years and experience between us,” said Worthington of himself and Bryant as captains. “I think it’s just a position to influence other guys for good.”

Coach Dave Rose called Worthington a “natural leader,” and said both of his captains are “team and program oriented.”

.@Elijah_Bryant3 with the steal and bucket ?

The other Cougar in double figures was Jahshire Hardnett with 11 points in 18 minutes off the bench.

Every player who saw playing time tonight scored, and all but one had at least one assist.

“Each guy has a strength they can bring to the team,” Rose said.

He called Seljaas a streaky shooter but is confident he will become more consistent after tonight’s performance.

With the captains and rotation set, the Cougars are primed to open the regular season against Mississippi Valley State on Saturday, Nov. 11, at 7 p.m. in the Marriott Center.