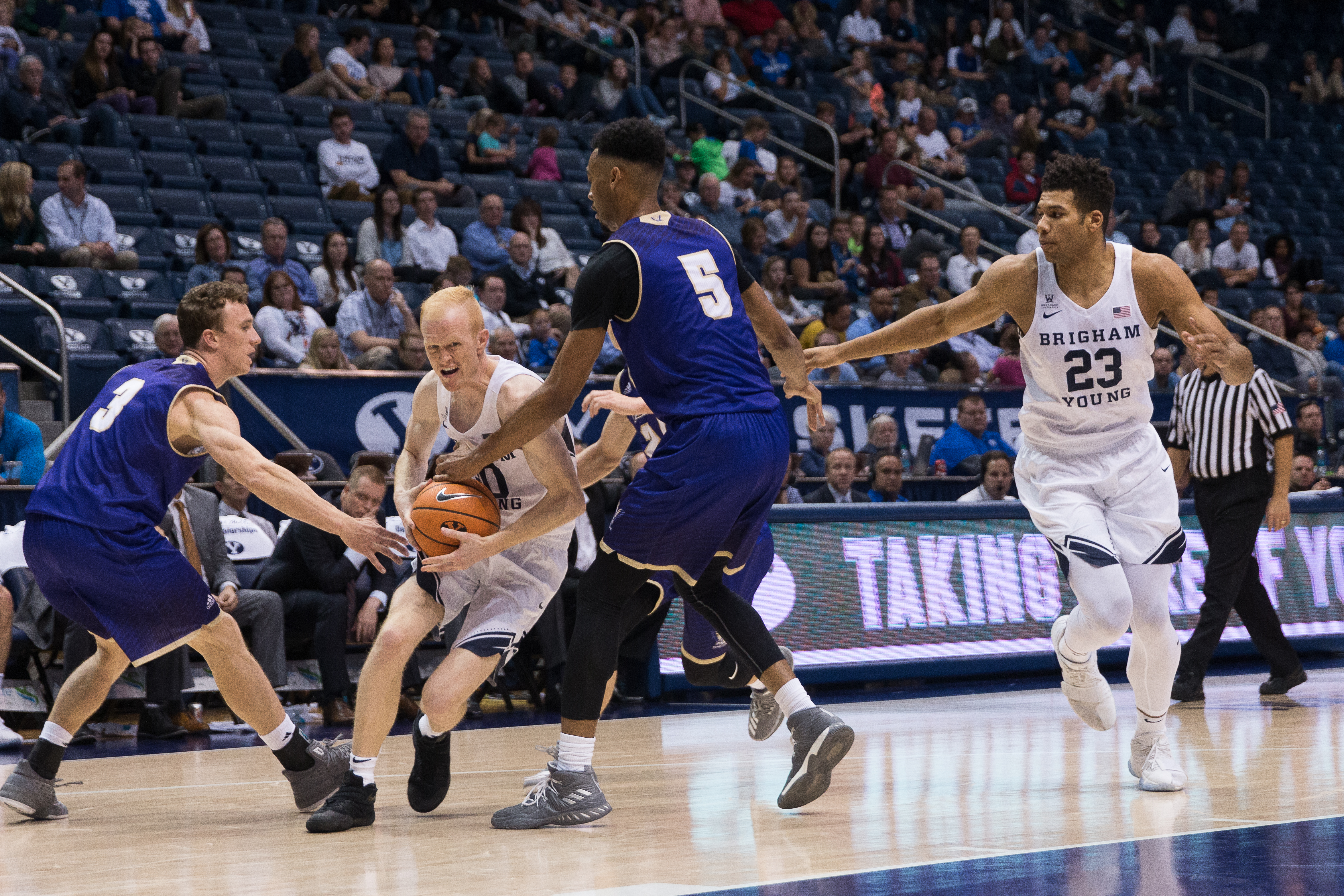 Sophomore Yoeli Childs had 25 points and 14 rebounds en route to his second double-double in two exhibition games to start the year as the Cougars defeated Westminster College 76-62 at the Marriott Center.

Childs didn’t miss a shot, going 9-for-9 from the field, including a contested 3-pointer.

What can't Yoeli do?

He drills the contested #MACU3 to give him 18 points on 8-8 shooting ???#BYUhoops #GoCougs @MountainAmerica pic.twitter.com/fSinYcdMX1

“I need to be able to stretch the floor for our team,” Childs said on his expanded range. “It makes us a lot harder to guard if everyone can shoot.”

He would go on to make another 3-pointer in the second half, going a perfect 2-for-2 from the perimeter.

A couple of alley-oop passes from TJ Haws to Childs forced the defense into the paint, opening up the perimeter for more 3-point shots.

The Cougars look much more committed on defense this year, something that showed up in the first half.

“That’s the identity we want to have as a team — defense,” Childs said.

Jahshire Hardnett came off the bench for Nick Emery early in the half and set the tone on that end with two steals.

Emery, who is currently under NCAA investigation for receiving improper benefits from a BYU booster, did not return to the game due to illness.

Coach David Rose said he is “really impressed with (the) guys, and how they’re dealing with (the) uncertainty” surrounding the situation with Emery.

“They’re a good group of guys,” he said.

The team went with several small-ball lineups throughout the game, due to both foul trouble and inconsistency in the post.

Rose mentioned that recently returned missionaries Luke Worthington and Dalton Nixon are “still adjusting to foul calls and playing under the lights.”

Luckily, with a talent like Yoeli Childs in the paint, such adjustments don’t have to be rushed.

Childs accumulated only one foul the entire game and never turned the ball over.

Elijah Bryant was the other stalwart performer on the night, as the only other player to score in double digits; he had 17 points, including three 3-pointers.

Bryant also contributed six rebounds, two assists and only turned the ball over once, despite handling point guard duties much of the night.

“The offense is so easy and simple that we kind of get bored with it sometimes,” Bryant said while discussing an offensive drought in the second half. “We have to pay attention to details.”

Westminster cut the lead to ten late in the second half, but the Cougars sealed the win with back-to-back 3-pointers from Bryant and Zac Seljaas.

“This is an exhibition that will really help us,” Rose said. “Norm (Parrish) is a really good coach; he’s physical and controls tempo.”

Rose added that he was forced to play new lineups with no returning players from last year at times during the game, giving several players the chance to gain experience against a good team.

The Cougars will play their final exhibition game Nov. 11 at 7 p.m. MST in the Marriott Center against Colorado College.