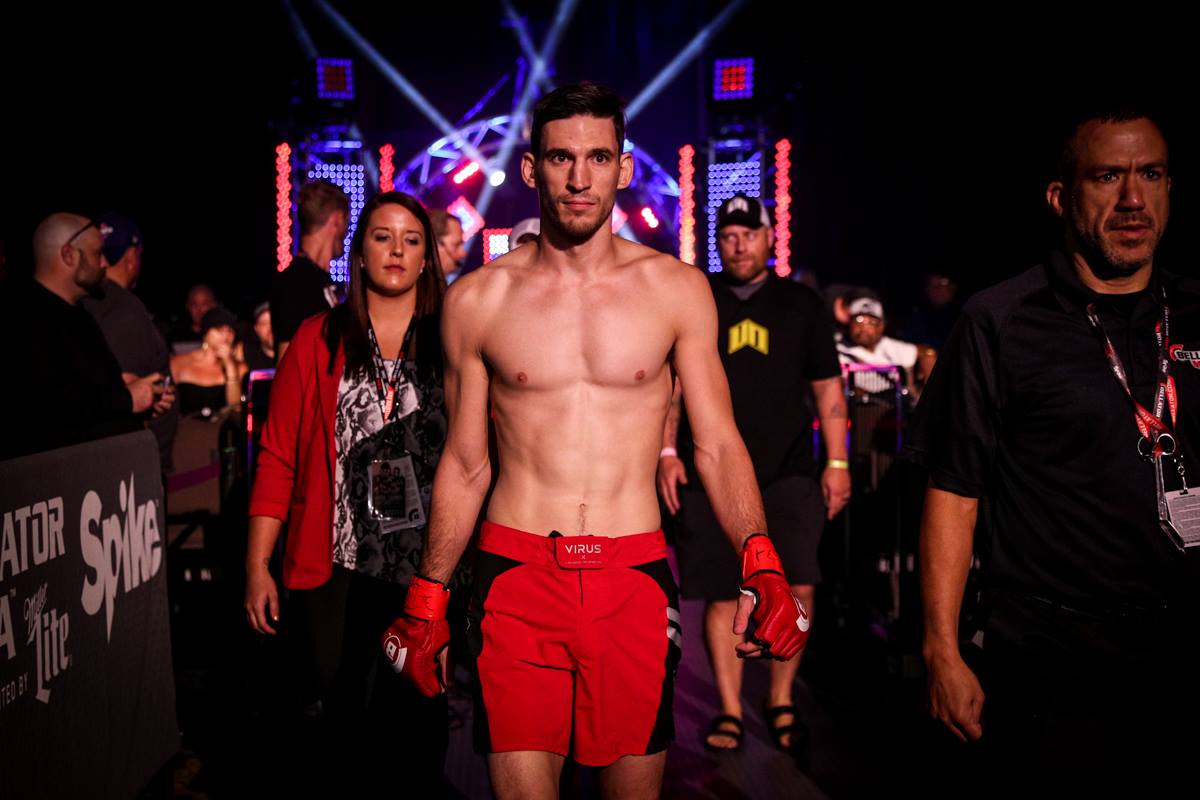 BYU alumnus Westin Wilson, the self-proclaimed “Steve Young of MMA,” won the biggest fight of his career on Oct. 6 and will be back in the ring less than a month later in a nationally televised event on Nov. 3.

Wilson had originally planned on bidding for a fight in Ireland on Nov. 10. However, plans changed and he was invited to fight with Legacy Fight Alliance against Charles Cheeks, an experienced fighter with an 11-6 record.

The fight will be broadcast nationally on Axis TV, giving Wilson his greatest exposure yet in the ring.

The invitation came only weeks after his last fight and only nine days before the actual event.

Luckily, Wilson won his last fight handily and did not require much recovery time.

The original opponent for his last fight, Gaston Reyno, backed out at the last second, and Westin ended up fighting LJ Hermreck, a lower profile opponent.

It was a high profile fight nonetheless, put on by Bellator, the second biggest MMA promoter in the world.

Westin admitted that nerves and doubt started to kick in a few days before the Oct. 6 fight, but after reading stories of Steve Young dealing with same issues in his autobiography, those fears were settled.

“As soon as you get on the stage, everything goes out,” Westin said of the moment he entered the ring. “It’s do or die.”

Westin won 55 seconds into the second round after tiring Hermreck out with body kicks and forcing him to tap out while in a choke-hold.

Westin’s dad, Kevin, was at that fight and gave some comments on the events.

“The first round was pretty even,” Kevin said. “The commentators thought the other guy (Hermreck) would take it.”

Westin said the he never doubted the outcome in his mind.

“We trained specifically with that finish,” Westin said. “Everything went as planned.”

Both Westin and Kevin said the eventual goal for the young fighter is to make to UFC and fight against the biggest names in the world.

Though the next fight is with a smaller promotion called Legacy Fight Alliance, the fact that it will be broadcast nationally keeps the family’s hopes up for greater exposure and popularity. LFA is a developmental league for fighters to make the next step to the UFC, something the Wilsons hope will come to fruition for Westin.

He will be put to the test once again on Nov. 3, representing another step in the fighter’s hope to ascend to eventual stardom.