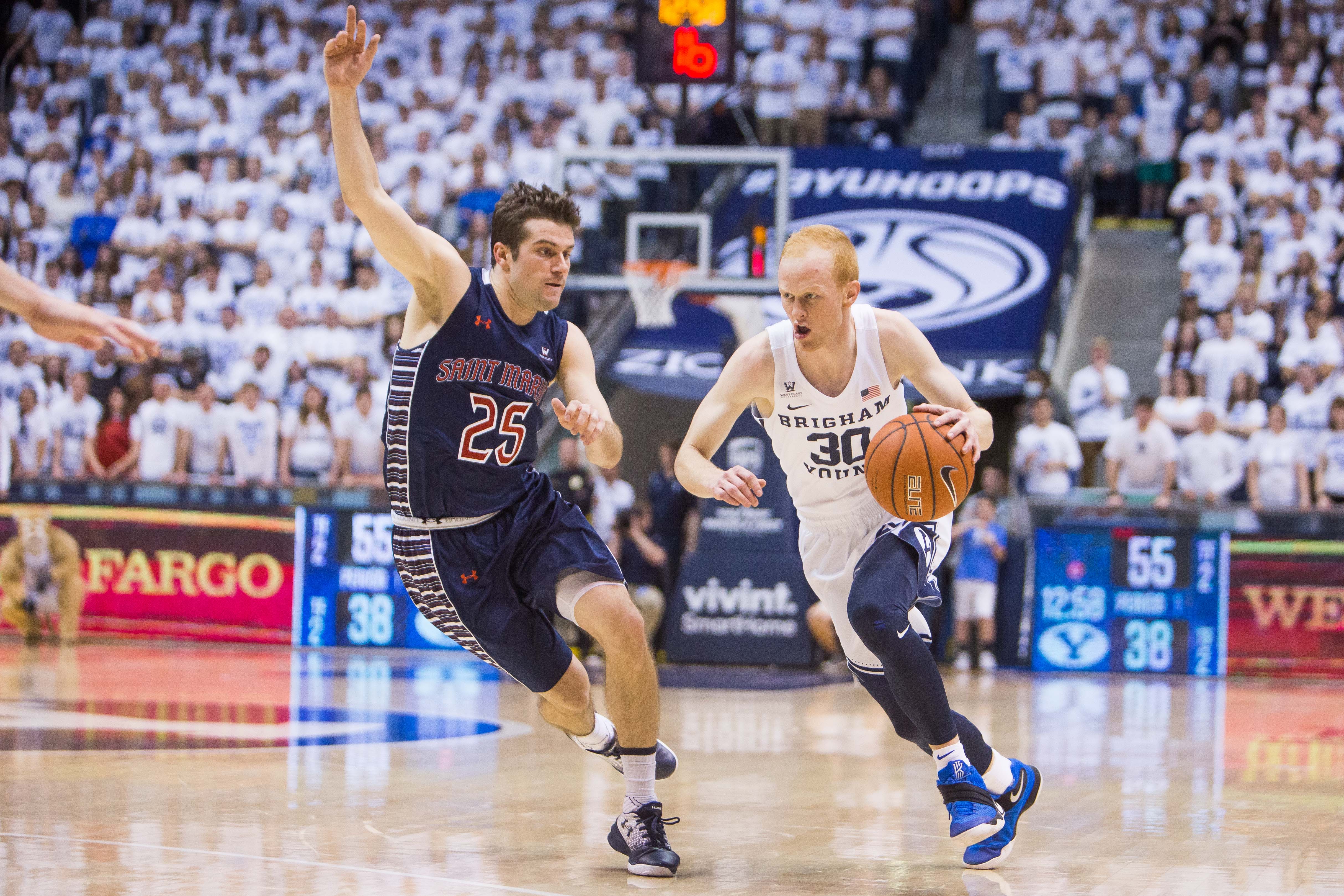 Sophomore guard TJ Haws was one of 20 players named to the preseason watch list for the 2018 Jerry West Shooting Guard of the Year Award, which recognizes the top shooting guard in Division I men’s college basketball.

The candidates are decided by a national committee made up of top college basketball personnel.

Despite the extra attention, Haws is focusing on starting the season on the right foot.

“It’s special, it’s a cool thing, but really I just want to win and all of that stuff takes care of itself,” Haws said. “That’s our biggest focus right now is to win games and all that stuff will happen on its own.”

Haws returned home from his mission in the spring of last year and has now had a full year to get back in competitive shape. He noted that there has been a difference in his training this season from last.

The Cougars competed in their annual Blue vs. White intrasquad game on Oct. 25 and traveled to New Mexico for a charity exhibition game that benefited Hurricane Harvey victims two days later.

“I just hope we can find good chemistry in our games,” Haws said. “I think that’s going to be a big thing for our team—good chemistry. Hopefully, we can find a little bit of that here in the next few games.”

According to Haws, the team is looking better and better each day.

“I think we’re coming together great right now,” he said. “I think we’ve made great improvements each day in practice. Our practices have been physical and tough and we’re getting after it, so I’m really excited to get out onto the court, under the lights, in front of a few people. It’ll be fun.”

The Cougars’ next exhibition game is Nov. 1 against Westminster at 7 p.m. MDT in the Marriott Center.

The team’s first regular season game will be Nov. 11 against Mississippi Valley State. Tipoff at home is scheduled for 7 p.m. MDT.