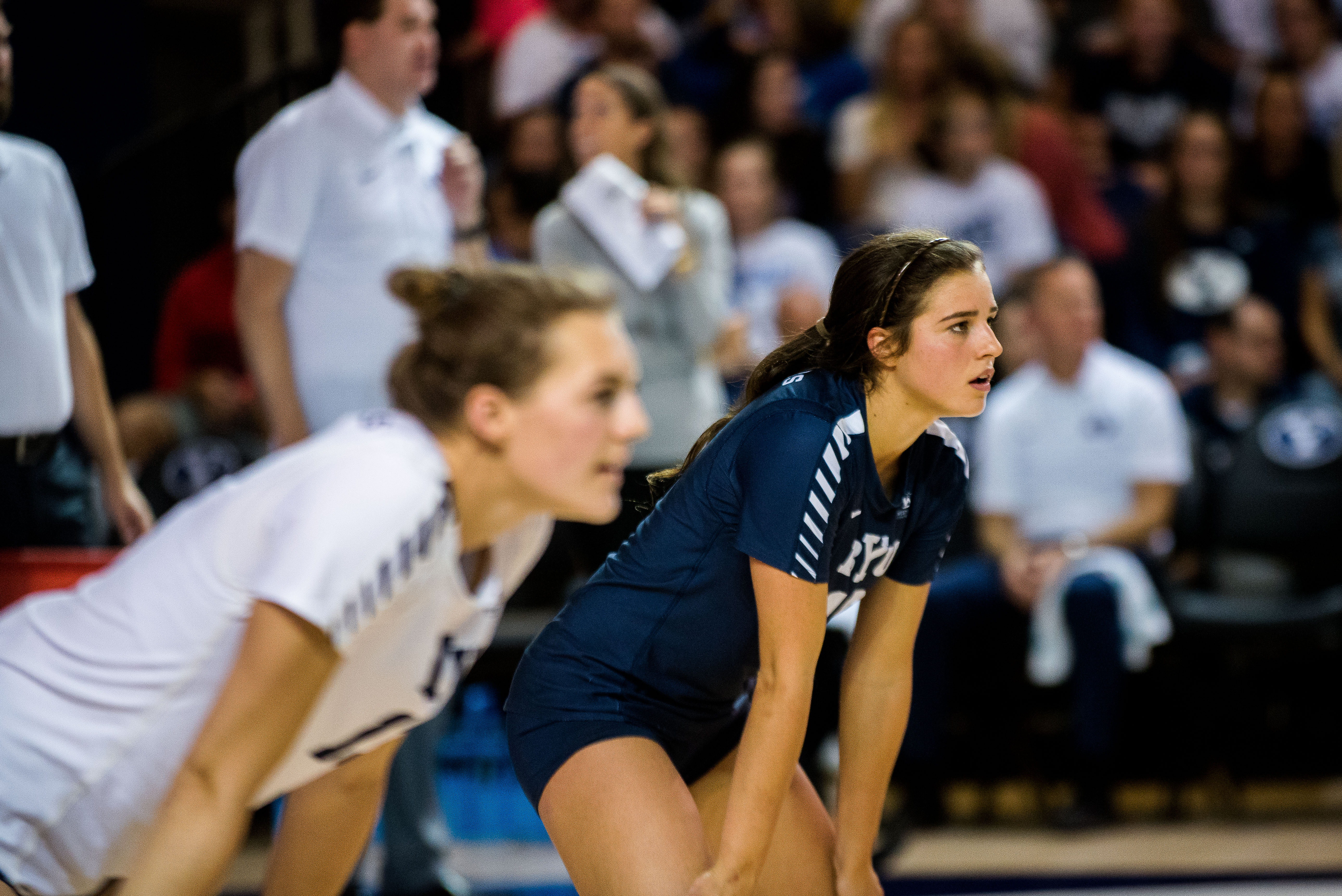 It was the Cougars’ first conference loss of the 2017 season and third loss at home since 2011.

The Cougars fall to a 21-2 season record and a 10-1 conference record.

“San Diego played a great match,” said BYU coach Heather Olmstead. “I thought we were trying to do the right things on our side, but our execution just wasn’t there. I loved the swings that Cosy and Kennedy (Redding) took. We have to find the positives from this match and keep getting better.”

The first set started with San Diego scoring four-straight points to take a 5-1 lead, and the Cougars called a timeout.

The teams then went back and forth, trading the lead throughout the whole game.

The second set proved to be just as tight; San Diego finally pulled ahead at 12-10 before BYU retook the advantage at 13-12.

San Diego then led 18-17 before Haddock and Burnett had four-consecutive blocks to put BYU ahead 22-20. The Toreros rallied with a 3-0 run before BYU claimed the set win at 25-23 to tie the match at one set apiece.

San Diego returned with an early 7-2 lead in the third set and extended it to eight points at 14-6 on a kill.

The Cougars rallied to shrink the gap to four, 15-11, aided by Torero attack and service errors.

A Jones-Perry kill shortened the lead to three before San Diego responded with a seven-point run to open a commanding 20-13 lead.

For a third time this match, the Toreros took an early lead in the fourth set before a kill from Burnett and San Diego errors brought BYU back within one at 8-7.

A frustrated BYU then let the Toreros pull ahead 15-12, and they quickly finished the Cougars off at 25-16 on a kill to end the match.

BYU women’s volleyball will return to the Smith Fieldhouse on Thursday, Nov. 2, against Pacific.