BYU running back Ula Tolutau was cited for possession or use of a controlled substance on Oct. 8 in Orem and indicted Oct 24.

The class-B misdemeanor lists marijuana as the illegal substance, according to court documents.

Tolutau is BYU’s leading rusher this year with 303 yards and 2 touchdowns on the season.

He played in six of BYU’s seven games and had a career-high 102 yards against Utah State on Sept. 30.

Tolutau is the third BYU football player this week to have legal issues.

Former player Francis Bernard was booked into Utah County Jail Oct. 21 on suspicion of driving under the influence and former teammate Marvin Hifo was booked for having an open container of alcohol in the vehicle with Bernard.

This story will be updated as more information becomes available. 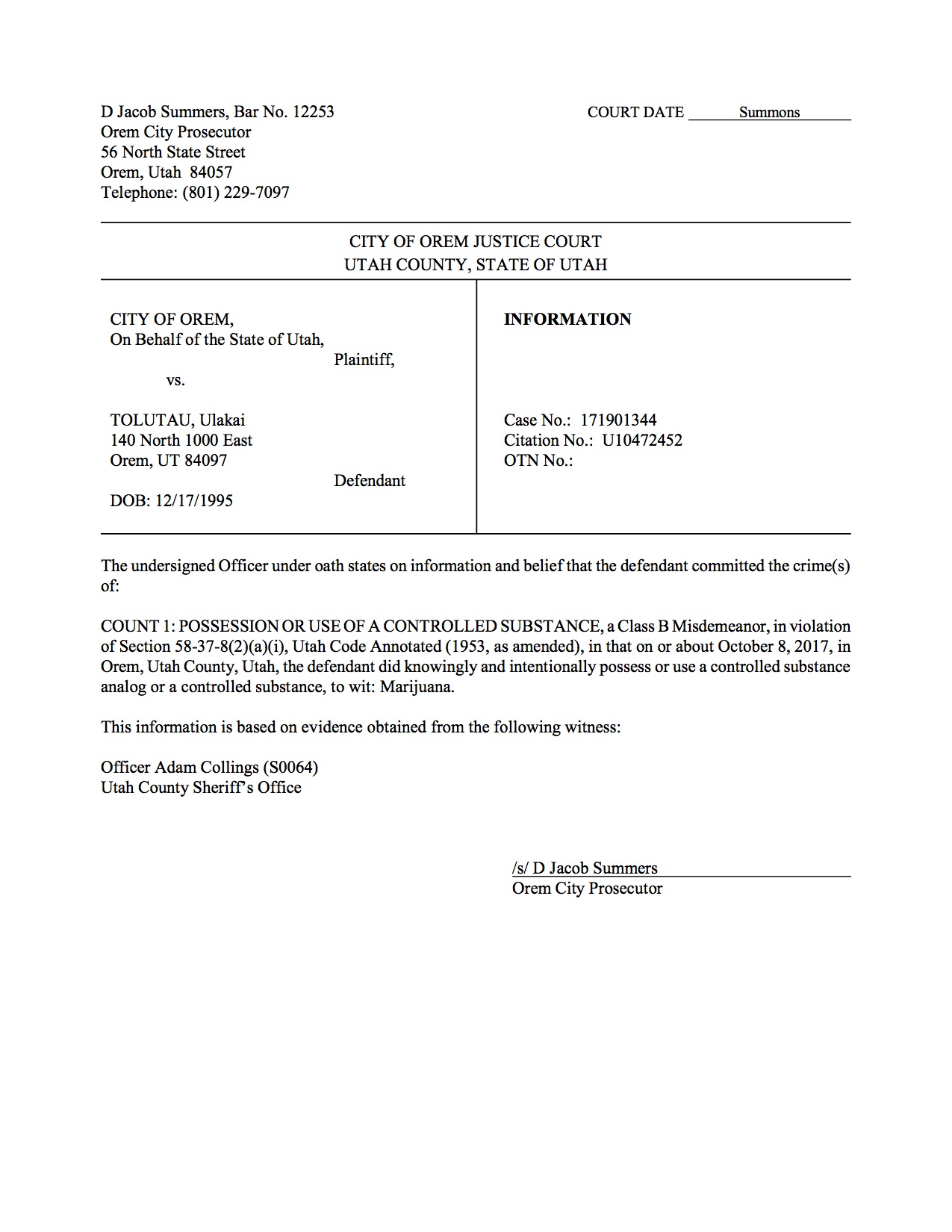