This became even more prevalent when Utah’s local comic con became the third largest comic book convention in the U.S. and broke the Guinness World Record for the most comic book costume characters in one place in 2015.

Dan Farr and Bryan Brandenburg, the co-founders of Salt Lake Comic Con, said the convention can bring in $50 million over the next three to five years for the state of Utah.

According to several BYU students, one of the reasons for this growth is cosplay. This new trend is attracting both young and old to get together and dress up as their favorite characters from comics, movies and television.

The term “cosplay” was coined by Takahashi Nobuyuki, founder of Studio Hard, after he attended a convention in 1984. Since then, “cosplay” has become a part of the convention experience.

“I was doing character design in high school and taking a welding class, designed a suit of armor and was like, ‘I could probably make this,’ and so I did,” Elliott said.

Tippets, who loves cosplaying as Batman’s Harley Quinn, has been involved in conventions from a young age because of the influence of her father. She said cosplay culture has changed over the years because of the popularity of comic book movies.

“You see the movies really streamlined and popularized a lot of characters, and so those are the kinds of cosplays you see,” Tippets said. “Everyone tends to jump on what is popular because this is how they were introduced to them.”

BYU animation alumnus Ryan Stevens got into cosplay in 2013 at the first Salt Lake Comic Con, though he said he had been a “closet nerd” for years.

“I had this Captain America costume that I wore for Halloween, so I wore that to the first comic con and then just the reaction of the kids when they see the superheroes that they admire come to life, it is a really special feeling,” Stevens said.

Stevens’ cosplays have only grown from there.  He designed his own movie-accurate version of Captain America’s costume and has been featured in many promotional materials by Salt Lake Comic Con.

Megan Golden is a Salt Lake native and professional cosplayer who has been featured by several sites such as WatchMojo.

Golden saw an ad for a spokesmodel for an upcoming video game. She was inspired by the winner of the contest and looked into the cosplay.

“I saw that she had won, so I Googled her, and I was like, ‘I love Halloween, but this is something that people do every day?'” Golden said.

Golden said she was impressed by how quickly cosplay became mainstream but was not surprised.

“It creates an environment that is welcoming to everyone,” Golden said. “That’s kind of how nerds have always been. I think a lot of us came from a background were we were embarrassed or shy or we liked these things that everyone thought was weird, but now everybody likes it.”

Golden said anyone who’s on the fence about trying out cosplay should have fun and just do it.

“Don’t be scared. Put away those insecurities because it’s such a fun universe, and you’ll meet so many amazing friends,” Golden said. “It is just one of those things you just dive in and you have a good time doing it.” 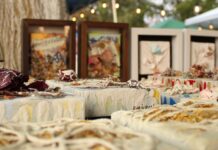 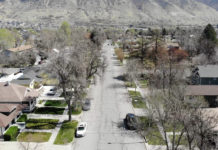