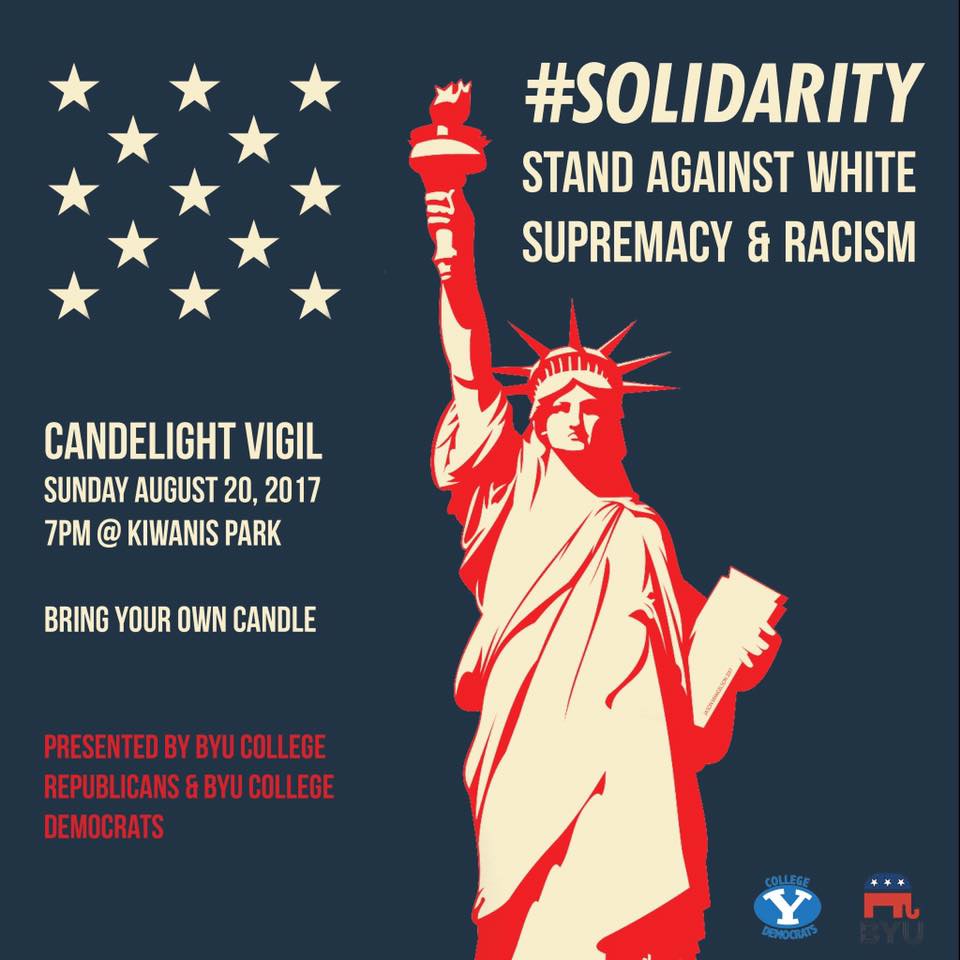 BYU College Republicans and BYU College Democrats are co-hosting a candlelight vigil Sunday, Aug. 20, in response to the Charlottesville riots.

“Its purpose will be to both stand in solidarity with Charlottesville and to take a united stand against white nationalism and hatred,” said Matthew Frederickson, a member of the BYU College Republicans, on Twitter.

The BYU College Republicans and BYU College Democrats ask participants to bring their own candle.

“This will be a chance for everybody to put aside their disagreements and unite in a display of love,” Frederickson said on Twitter.

Frederickson asked the BYU College Democrats to join the BYU College Republicans in the candlelight vigil. He said he wanted to organize the event to bring people together.

“There’s very few things that unite us. A lot of things divide us, but we’re all united against this — but also we’ve made so much progress with racism and … we can’t afford to be taking a step back,” he said. “A lot of the things that are happening in our country right now are moving us backwards, and that’s not okay.”

Kwaku El, vice president for the BYU College Democrats, has been planning the event with Frederickson.

El said the vigil is important because the Charlottesville riot was driven by white supremacy.

“Neo-Natzism is just evil, and we shouldn’t have to be saying that in 2017,” El said. “We have to do what we can to work against that because it’s our duty, not just as Latter-day Saints, but as Americans.”

El said people can bring cameras and invite anyone.

“It’s going to be a peaceful and joyous event,” El said.

Frederickson said he hopes the vigil will show how much can be accomplished by working together.

“(I hope) to bring people together and help people remember that there are very common threads that unite us,” he said.