We are all comparing job interviews. Some industries are offering better employment packages. What are the best type of jobs for grads?

This question should be the number one read for all students nearing graduation. After four years of college, not only do you want a job, you want the best paying one. While the Trump Presidency is controversial on college campuses, there is no denying the concomitant improvement in the economy. The rise of the stock market and decline in unemployment are delivering better salaries for some workers. However, you should have learned in Economics class about structural unemployment, meaning some sectors are doing better than others.

In a tight labor market, companies will often seek to retrain their own employees first. If companies are looking inwards to fill positions, it is not an ideal situation for them, but good news for graduates. The notion of a shortage of qualified applicants was alien a decade ago, during the great recession. Over the past seven years, an improving economy and active recruitment have left several positions begging. Here is a goldmine of available positions for new grads.

Jobs in IT are always emerging, with software engineering at the top. With an expansion of high-tech, smart devices and Internet of Things appliances, there is a huge demand for software engineers. More mobility and access to websites drives the entire e-commerce industry, report search engine optimization providers. The tech industry is burgeoning with an annual growth of 17%, according to the Bureau of Labor Statistics.

In an entirely different area, truck drivers are also in high demand. This is the second-highest listed job on the CareerCast database. With growth in consumer spending, trucking is trying to recover to its pre-recession labor levels, explains Easy Car Shipping. It is trying to recover, but a driver shortage is a hindrance. Many in transportation permanently shifted into different jobs, when the big squeeze hit years ago. There will be an estimated 900,000 openings by 2025, according to the American Trucking Association.

It is no surprise that healthcare services have a long list of available positions. Availabilities for RNs are first on the list of CareerCast’s employment database. An aging population and greater access to health insurance ensure continued growth in employment.

Although you are probably unfamiliar with the title data scientist, this job is also in high demand. This new career has emerged, requiring analysis of digital data for actionable or profitable information, confirms event marketer Rukkus. It is estimated to have a 16% increase in hiring, over the next decade. Universities are starting to offer majors in this field, so watch this one.

Another comparatively new field is information and cyber security. These positions are tough to fill and demand is rising. A check of your email and anti-virus programs explain the reason. Colleges are rapidly adding cyber security to their lists of tech degrees.

Last on the list for students at liberal arts colleges is financial advisor. The demand has projected growth rate of 30%. In the wake of the last recession, investors want to be a little savvier with their money. 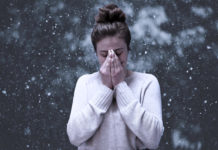 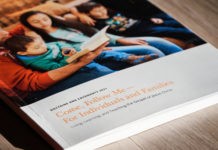 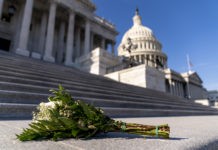 How to teach students about the US Capitol insurrection