Trees, grass and flowers may be nice to look at, but each year they’re responsible for weeks of sneezing, itchy eyes, runny noses and coughs, according to BYU Student Health Center Medical Director Keith Willmore.

Willmore offered insight into what’s causing those allergies and tips on how students can affordably treat them.

Blame it on the pollen

Springtime allergies are most often due to pollen, which enters the body through the nose and sends confusing messages to an allergic person’s immune system. The immune system thinks it’s being attacked, so it releases antibodies to attack the allergens. This is where the sneezing, watery eyes, runny nose and cough come into play, as chemicals called histamines are released into the blood, according to Willmore.

Willmore said the pollen that causes allergy symptoms comes from trees, grass and flowers as they pollinate in the spring.

“Two of the most common plants that pollinate in Utah that cause trouble are ragweed and sagebrush,” Willmore said. “Those two plants pollinate both spring and fall, causing similar symptoms both seasons.”

The most common symptoms are a stuffy nose and a runny nose — with a slight change. A runny nose, rather than the thick yellow-green mucus that comes with a cold, is more watery. The mucus appears clear and some blood may appear when affected people blow their noses.

Along with a stuffy, runny nose is a scratchy sore throat, as the mucus tends to flow down the back of the throat, causing irritation.

“I get a runny nose and or stuffy nose at the same time — it’s confusing. My throat gets itchy and you just feel sick so it sort of wrecks your day,” Kelsey said.

Willmore said some people only get one symptom at a time.

Masters student Kathleen Kelsey Thiriot said this is the first year she has experienced seasonal allergies.

“I’ve had never had allergies before in my life, but this year I kept thinking I was getting sick, but I wasn’t getting over it,” Thiriot said.

Willmore said the big difference between allergies and a cold is allergies last longer. Colds usually run their course in two to three weeks, whereas allergies may last for months.

Mucus is typically the best indicator of whether a person is dealing with a cold or with allergies, but it’s not foolproof, as those with allergies can also develop thicker mucus and even a cough.

“We see quite a few come in who think it’s a cold, or they’re worried it’s a sinus infection because they’ve been congested for three or four weeks, and then as we check them, we find that it’s really just some allergies,” Willmore said.

“Interestingly enough, the best treatments are now available over-the-counter — you used to need a prescription but no longer do,” Willmore said.

One treatment is antihistamines, such as Benadryl. The problem with Benadryl is that it causes drowsiness, which means it’s hard to function during the day, according to Willmore.

Willmore said there are three non-sedating antihistamines: Claritin, Allegra and Zyrtec. Students can get all three over-the-counter, or save money by looking for a generic version.

“I always tell students, ‘If you’re going to our pharmacy here at the Student Health Center, we have the best price on Zyrtec anywhere — you get 100 tablets for five bucks,'” Willmore said.

Thiriot said her symptoms returned on and off for weeks before she finally brought it up in a conversation with a friend.

“I was talking to somebody and they were like, ‘Yeah, the pollen is really bad this year,’ and I was like, ‘It’s gotta be allergies,'” Thiriot said. “So I took a Claritin and I was good.”

“You have to use it every day for about a week to 10 days before it will kick in, but once it starts, it’s very effective” Willmore said.

When will it end?

Willmore said the duration of the allergy season depends on what’s causing a person’s allergies. Most tree pollens start in March and end in June.

“If you’re only allergic to one tree, then it may be for only three to four weeks and then you’re done,” Willmore said. “If you’re sensitive to a variety of trees then you could be seeing symptoms from March clear till June.”

Grass pollen allergies may occur from May until September.

If it’s ragweed and sagebrush, allergies may persist from March through May and then again in October until the snowstorms hit in the fall.

Willmore said most people will get some allergy symptoms during this time of year, especially if they are exposed to trees that are actively pollinating. Highly effective treatments are affordable and accessible and can keep symptoms in check, according to Willmore.

“These are meds that are over the counter that you can get without having to see a doctor that are relatively inexpensive,” Willmore said. 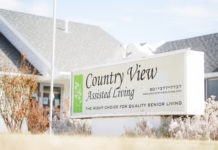 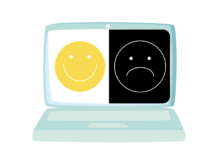 BYU experts share how to use technology to improve mental health 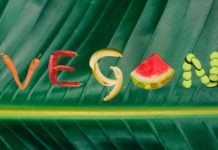 The journey to becoming vegan or vegetarian