June 5 – Graffiti on a pedestrian overpass was reported to an officer. The Grounds Department and Paint Shop was contacted for cleanup.

June 7 – An individual with active warrants and in possession of drugs was arrested in a parking lot.

June 6 – An unsecured bicycle was reported stolen from the bike racks at the Wyview Park apartment complex.

June 10 – A 6-year-old girl was killed after a vehicle ran into a parked car on Center Street. Two other individuals, a 64-year-old man and 5-year-old boy, have been hospitalized. The driver remained on the scene, was cooperative with police and is not currently in custody. The accident is believed to be the result of drowsy driving.

June 8 – Property was stolen from three different vehicles near 500 North and 400 East within a 24-hour period.

June 8 – A man was arrested on reports of assaulting a man with a golf club. He was booked into jail, with bail set at $10,000 cash.

June 9 – Two incidents of drug possession were reported near 800 West and Center Street, one case including marijuana and the other including other drug paraphernalia.

June 6 – An apartment in South Orem was burglarized.

June 6 – Police responded to a family fight. Upon arrival, police learned the man involved fled the scene in a car and was intoxicated. An officer stopped the car soon after, and the driver was arrested for DUI. It was the driver’s fifth DUI, and he was taken into custody and charged with a felony.

June 6 – A man woke up and found a naked man in his bedroom. The naked man was chased off and turned out to be the man’s neighbor. The naked neighbor was taken into custody.

June 8 – Sexual abuse of a child was reported near 1000 North and 200 East. This is the second report of sexual abuse involving a child in the area within two days.

June 6 – A couple is suspected of a hit-and-run accident at Target. They are believed to be driving a white crossover vehicle. Please contact Orem Police with any details. See images below. 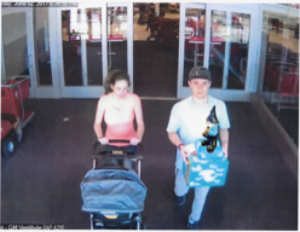 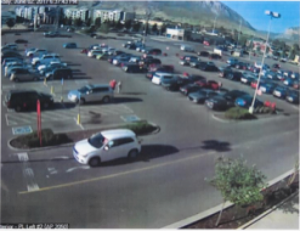