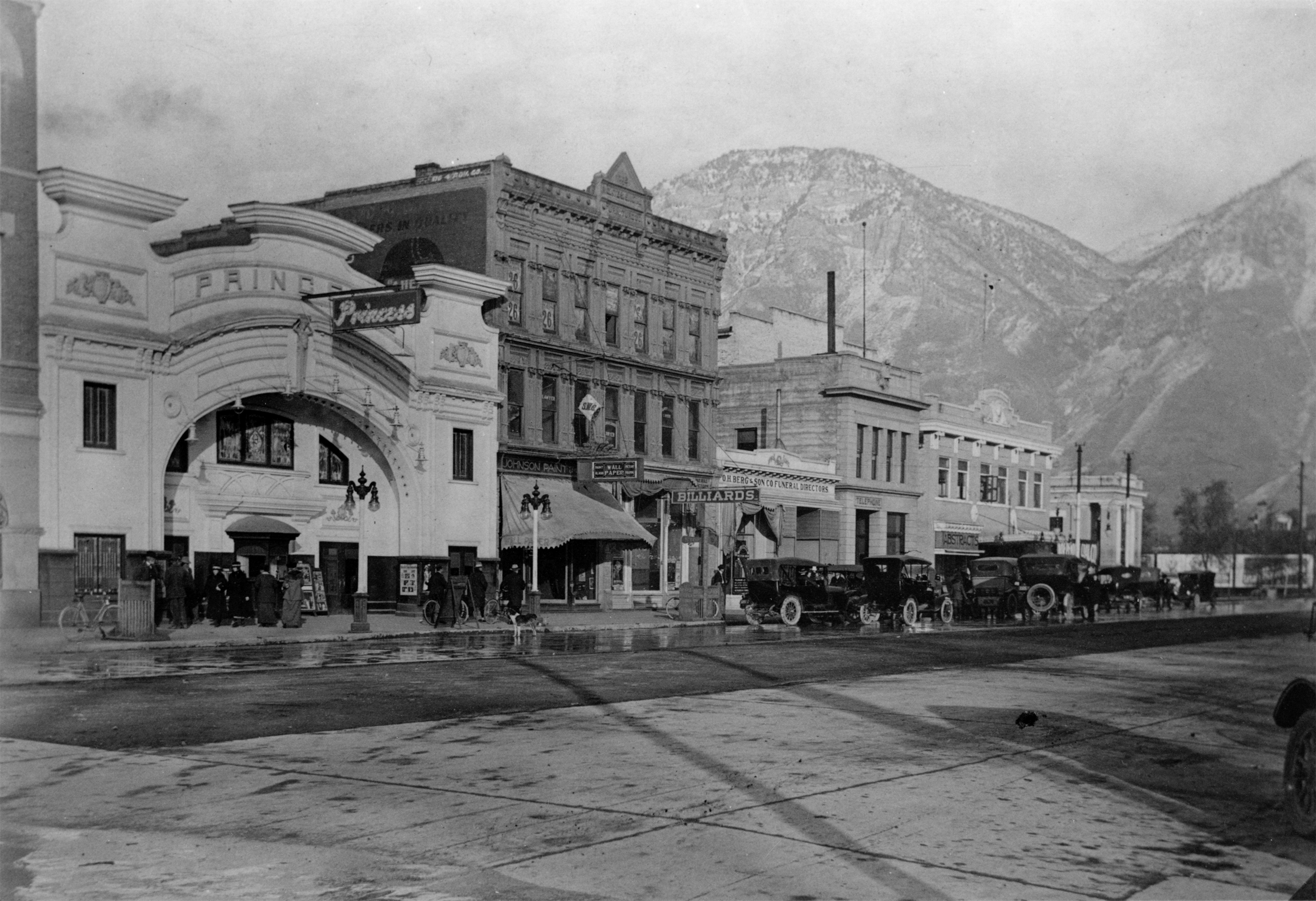 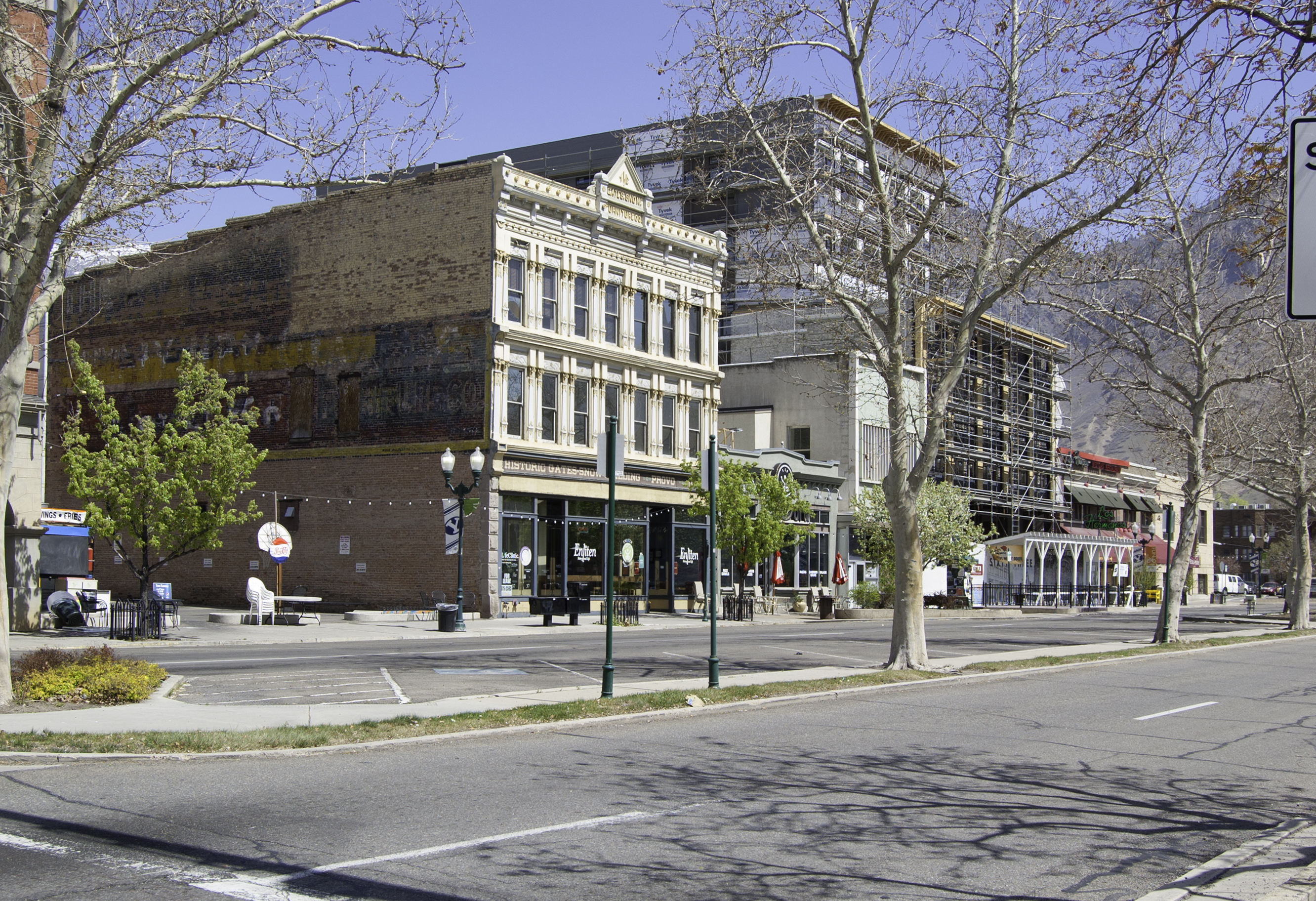 Provo’s historic city center is becoming a popular site for art and new businesses, according to Josh Yost, an urban planning and design professional for Provo.

“We’re the only real downtown in Utah County,” Yost said. “There are other historic main streets in Utah County, but we’re really the only downtown that has residential, commercial space, restaurants, culture with the Covey Art Center and proximity to BYU.”

“I’ve seen young families who are moving in, and they like (downtown Provo) because it’s accessible to everything,” Allen said. “There’s a farmer’s market … people that walk to work. Everything you need is within this mile radius, and people like that.”

Yost said one of Provo’s greatest strengths is its creative scene. Artists and musicians help foster a creative environment that attracts entrepreneurs and young professionals to the area.

Allen and Yost agree many historic storefronts in Provo have become home to fast growing startups or have been turned into space for creatives to develop their crafts.

The Excelsior building on Center Street, which used to house the Pyne & Maiben Drugstore, D. Christensen Dentist’s office and a Paints and Wallpaper store, seems to have brought good karma to the new local businesses that now call it home, according to Allen.

“At first it was Harmony Education Services,” Allen said. “They grew so large that they had to move to another space. Then the next folks in here were a small startup — Owlet. They came in with six, maybe eight guys on a good day and then … within six months short of their full lease they simply had to move.”

The Startup Building, another landmark, has been home to many Provo businesses. Constructed in 1898, it began as the Startup Candy Factory, which created the first candy bar with a filled center made in the United States. The factory also produced “Magnolias,” a candy that became the precursor to the breath mint.

This historic building now hosts incoming boutiques, like the Beehive Bazaar, and rents out Provo Studios on 5th South, where creatives can sublease space for anything from sculpting to film production.

Another historic space hosting new opportunities is the Brigham Young Academy Women’s Gymnasium. This building started as a gymnasium and dance hall for female students at BYU after 1912. It is soon to become the global headquarters for trampoline park operators CircusTrix. CircusTrix currently rents space in the Excelsior building.

“I used to live in Rhode Island, and everything over there is old,” Sherman said. “There’s a lot of history, but here there aren’t really a lot of places like that, so to find that here is unique.”

Guru’s cafe hosts poetry readings, performances from local musicians and blues dancing each week. It has quite a history of its own, according to Sherman, who hinted that it might even be a bit haunted.

“It was actually a Berg’s mortuary back in the day. In the basement there was a crematorium,” Sherman said. “Stuff will just turn on and off by itself when you’re the only one there.”

Even with expanding startups and an active cultural center, Allen and Yost said Provo residents seem to like Provo’s small-town feel.

“What we haven’t seen is a demand for large office development. I think there’s a pretty good demand for what is existing,” Yost said.

Allen said that local residents appreciate the closeness and character of the area.

“People are getting back to this ‘live close, know our neighbors’ feel,” Allen said. “We like this kind of accessibility.”