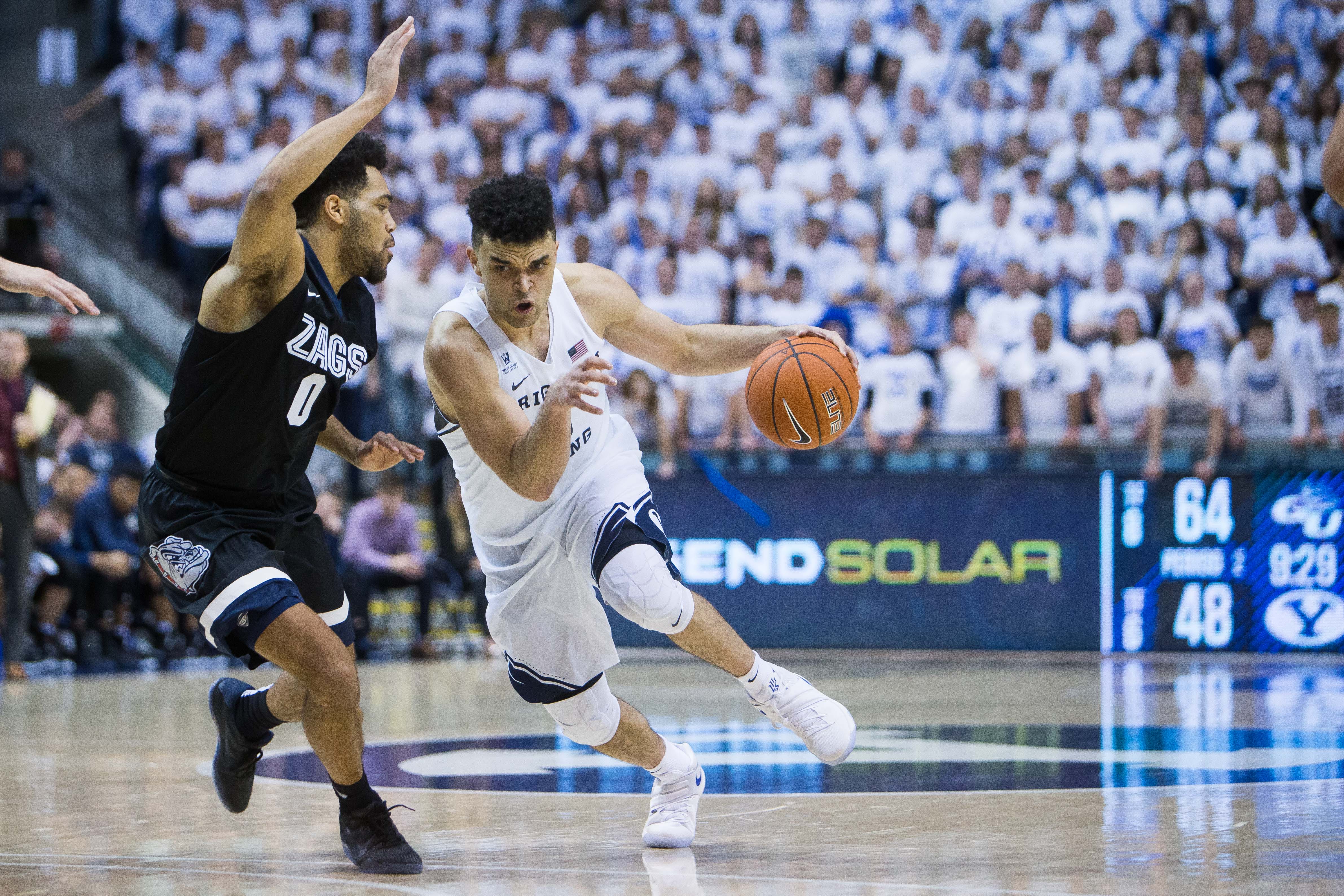 The Bulldogs opened the game on an 18-2 run over the first five minutes. BYU would miss its first four shots before Bryant scored with 16:56 to play.

The Bulldogs would extend the lead to six before halftime, taking a 41-35 lead into the locker room.

Gonzaga outscored BYU 17-to-13 to open the second half, pushing the lead to 10.

The teams would trade four-straight buckets before a TJ Haws 3-pointer tied the game 67 with 4:36 to play.

A layup by Nigel Williams-Goss gave Gonzaga the lead before Bryant tied the game at 71 with a pair of free throws.

Williams-Goss then sank a pair of free throws before Bryant connected on a layup to tie the game once again at 71.

On Gonzaga’s next possession, Jonathan Williams missed a driving layup. After BYU secured the rebound, Bryant found Mika for a jumper from the elbow to give the Cougars a 73-71 lead.

The next possession for Bulldogs ended after Bryant knocked the ball away from Josh Perkins. Haws missed a deep jumper, but Corbin Kaufusi was under the basket to collect the rebound. His put back attempt was good, extending the Cougars’ lead to 75-71 with 17 seconds to play.

A hurried 3-point attempt was no good for Gonzaga, and Mika got the loose ball to Emery before the Bulldogs could foul.

Emery sank both free throws, and the celebration was on for BYU.

The win secured the No. 3 West Coast Conference tournament seed for BYU and improved the Cougars’ record to 21-10, 11-6. The Cougars’ first tournament game will be against No. 6 seed Loyola Marymount on Saturday at the Orleans Arena in Las Vegas. Tip off is set for 2pm MST.

The BYU women also beat Gonzaga Saturday at the Marriott Center. They pulled ahead in the fourth quarter of its final home game to defeat the Zags 71-63. Kalani Purcell was the top scorer of the game with 21 points, matching her career high. The women head to the WCC tournament as the number two seed.