Users can tour downtown Provo’s oldest buildings and compare the building’s histories to their appearances today with 20 historic stops on a satellite map.

“He wanted an application that would help people explore and get to know downtown and the historic assets that we had in our downtown,” Yost said.

Yost commented on the appeal of technology when it came to carrying out this project.

Most of the app’s historic stops are located on Center Street and are still standing today.

Stop 20 is the Montgomery Ward building built in 1872. The building was originally one of Center Street’s first retail stores and is now home to Canyon Bicycles.

Stop 14 on the Provo Historic Tours App is the Excelsior. While the building now houses several different small businesses, the 1890 building’s earliest occupants were a druggist, a dentist and a paint company.

One of the Excelsior’s current businesses is Bruges Waffles and Frites.

“There’s a lot that hasn’t changed so that it (the Excelsior) can keep its old features,” said Bruges employee David Voeun.

Another business facing restrictions is Station 22 Café, a business located at Stop 15.

“Our setup is different, because of separate line and prep kitchen,” said Station 22 kitchen manager Michelle Stephenson. “But the old layout forces us to do it that way.”

According to the app, the building Stephenson works in was built in 1885 by one of Provo’s early entrepreneurs, Russell Spencer Hines.

“There’s a lot of good research that went into the pre-exhaustive descriptions of the sites,” Yost said.

Yost said his favorite feature on the app is the image sliding overlays. 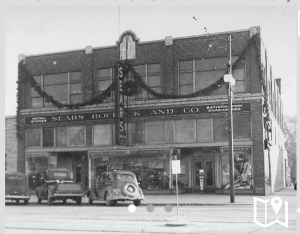 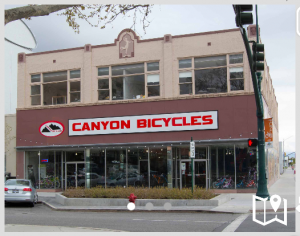