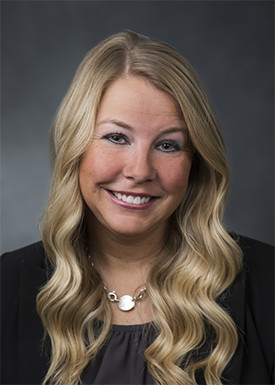 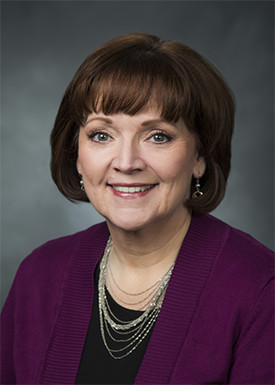 Tiffany Turley, the manager of BYU’s Women’s Services and Resources, has been named as the university’s new Title IX coordinator. Additionally, Lisa M. Leavitt, a psychologist who has worked in BYU’s student counseling center for more than a decade, has been named as a full-time advocate for victims of sexual assault.

These new positions were established following the recommendations by the Advisory Council on Campus Response to Sexual Assault, which completed a study of the university’s response to sexual assault in the fall. Previously, BYU’s Title IX coordinator had multiple responsibilities in addition to Title IX. The victim advocate is a new position at BYU.

“We are grateful to have people as qualified as Tiffany and Lisa to fill these positions,” said Student Life Vice President Janet S. Scharman. “Our first priority has always been to provide for our students a positive, safe and supportive environment. We believe that the addition of a new Title IX coordinator and a victim advocate is a significant step in ensuring that this will happen.”

Over the years, Turley has volunteered and served with programs, charities and organizations that support and empower women.  She has been involved with the Rape Recovery Center in Salt Lake City on a variety of projects, and she is a certified crisis counselor through the Utah Coalition Against Sexual Assault. In her role at BYU, she has been actively involved in creating and implementing prevention, awareness and educational outreach programs on women’s issues.

“I believe Tiffany is uniquely qualified for this position, in part because of her leadership in overseeing the programs and services of BYU’s Women’s Services and Resources Office,” said Scharman. “Additionally, she herself is a survivor of sexual assault. She has a clear understanding of all aspects of Title IX and has become a passionate advocate for women and those impacted by sexual violence.”

Turley explained in a recent Q&A that through her training and experience she better understands the complexities of sexual misconduct and the need to treat each victim respectfully and individually.  “Having been through these experiences myself, I feel I’ll be able to effectively empathize with victims and reassure them of the importance of obtaining professional help that will allow them to endure and ultimately heal from their trauma,” Turley said.

Leavitt is a licensed psychologist and is an associate clinical professor and associate clinical director at Counseling and Psychological Services at BYU. “I have known Lisa for the 12 years she has been at BYU,” said Scharman, “and I have admired her training, experience and genuine care and concern for the students with whom she has worked. Her current assignment as sexual assault liaison for the university’s counseling center has positioned her to immediately take on this new assignment.”

In the same Q&A, Leavitt said her experience has shown her that victims are often confused about the type of support available, and they worry about confidentiality and safety. “An important part of a victim’s recovery,” she said, “is providing them with a safe and confidential space where they have access to the support needed to begin the process of healing.”

Scharman also expressed appreciation to Sarah Campbell, a member of BYU’s Office of General Counsel, who has served as legal advisor to Title IX.  Campbell will continue to serve in this role.