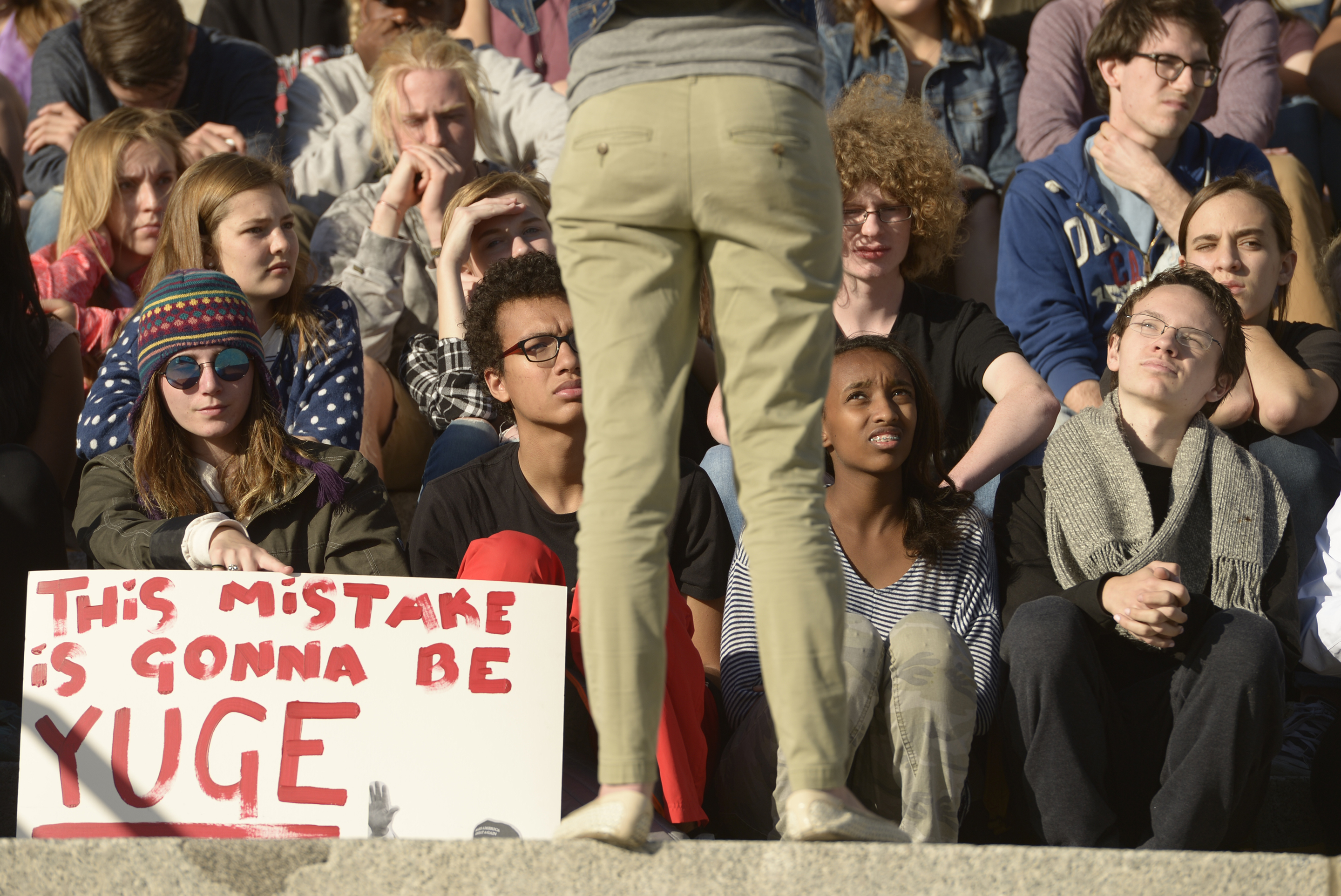 SALT LAKE CITY (AP) — Hundreds of protesters in Salt Lake City joined those at rallies across the country to voice their opposition to the election of Donald Trump.

Opponents of the Republican president-elect gathered outside the Salt Lake City-County Building Wednesday night to show their support for the LGBT community, immigrants, Muslims and others who may not fare well under the new Trump administration.

The Deseret News reports several waved signs that read “Dump Trump,” ”We Will Not Yield” and “Love Trumps Hate.”

Chelsea Manzanares was among the speakers who said they wanted to deliver the message that, “This is our country too.”

Some of the biggest cheers were for Misty Snow, Utah’s first transgender candidate for the U.S. Senate. She failed in her bid to unseat Republican incumbent Mike Lee.

LGBTQ students would get new protections under Biden plan