The 2016 election has had the most social media engagement of all-time, according to USA TODAY.

USA TODAY wrote that social media has been a way for Americans to express their political feelings and a way for political candidates Hillary Clinton and Donald Trump to discourage Americans for voting for their competition.

Memes are the language of this year’s election, according to an LA Times article. Memes, GIFs and posts on social media provide a way for anyone to create and share information or opinions.

There are a variety of websites such as Meme Creator and Meme Generator that allow users to generate their own memes within a matter of seconds.

Here are some of the most shared memes, GIFs or posts of this presidential election. 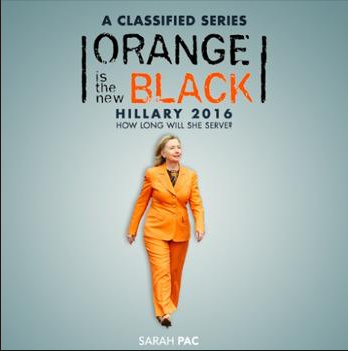 One day, Donald Trump is going to look a reporter straight in the eyes on national TV and say "I never ran for President."

Trump angrily tears up his notes as Hillary walks by. pic.twitter.com/vttaR7jCiA #Debate

A friend sent me this. Apparently I made the cut as one of the Deplorables😂😂😂 All kidding aside I am honored to be grouped with the hard working men and women of this great nation that have supported @realdonaldtrump and know that he can fix the mess created by politicians in Washington. He's fighting for you and won't ever quit. Thanks for your trust! #trump2016 #maga #makeamericagreatagain #basketofdeplorables

I see Hillary has come dressed in the blood of men who have underestimated her.

My name is Ken Bone and I approve this sweater. This message is paid for by @IZOD #ThursdayThoughts 🇺🇸 pic.twitter.com/Vw4o3x9iqJ