What do you think about the current United States presidential election? How do you feel about the two candidates who are running? How do you believe this election will affect your country?

These are some of the questions The Daily Universe posed to a few citizens in various countries around the world. Seven individuals from a variety of backgrounds shared their feelings about what is happening in the United States.

Click here to read how Hillary Clinton and Donald Trump are polling internationally. 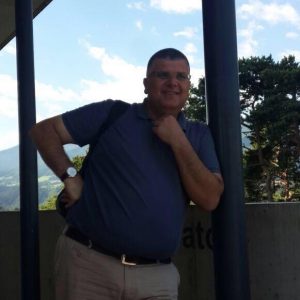 Ayman Jebara is a Palestinian who works as a professor at the BYU Jerusalem Center. Jebara is also the director of Beit Safafa High School in Israel.

Q: How do most Nigerians feel about the current election in the United States?

A: Mr. Trump has a name here in Nigeria, “the loquacious king of hate speech.”

Most Nigerians consider Donald Trump a liability to the U.S., and if he wins the election, we think that the relationship between the U.S. and Nigeria wouldn’t be all that smooth.

Q: How do most members of The Church of Jesus Christ of Latter-day Saints in Nigeria feel about the current election?

A: Nigerians generally, including my friends and LDS members here, don’t have a favorable view of Mr. Trump. Most prefer Hillary to Trump.

Q: If you were a U.S. citizen, who would you vote for?

A: If I were to be in the U.S. I will vote for Clinton because her policies seem to accord more with reason and facts on ground.

Rosa Wheat is a dual United States and Mexican citizen.

Q: How do you feel about Hillary Clinton’s temperament?

A: She looks to have a rehearsed, even temper in public, (but) she doesn’t seem authentic to me, very fake.

Q: How do you feel about Hillary Clinton’s policies?

A: I feel very afraid for the country’s future.

Q: How do you feel about Donald Trump’s temperament?

A: He is raw, authentic and grotesque many times. He’s not polished and rehearsed, or as fake as Hilary.

Q: How do you feel this election might affect your country?

A: The U.S. always impacts Mexico in every way. It will affect everyone globally. Countries now more than ever are linked economically and socially.

A: I think a person with such temperament like hers can’t be a president because she’s too emotional for managing a country. Sometimes her behavior seems to be a little aggressive and the USA won’t have good relations with other countries if she’s going to be a president.

A: I think the U.S. needs him because his temperament is better, he’s pretty emotional too, though. I heard that he’d like to have good relationships with Russia and it’s important for me because I’m Russian. His policies sound better, too.

Q: How will the election in the United States affect Russia?

A: I think this election can affect Russia, but not much because Russia and the U.S. were never companions or partners. But relationships between them can get better. It’ll depend on the president, too.

She has a good care history with education and health. She is a good person, and is prepared to chair the U.S. She has a broad view of international needs. I feel that she has a good temperament, seems to be very calm and balanced.

I feel he is uncontrolled and unpredictable. It seems that if he were elected, it would enact much emotion. He seems to be an extreme patriot. It seems that he will be very radical and ignorant in the relationship with other countries. I do not trust in his policy because he seems to not care about moral and family values.

Q: How do the Brazilian people feel about the current election in the United States?

Q: How will this election affect your country?

A: I believe (the election) will not change much for Brazil. It is possible it will increase the pressure to open the Brazilian market in some areas, and that there (will be) some retaliation if the exchange rate continues to depreciate. But these will be sectoral pressures, easily managed by bureaucracies.

Q: Who would you vote for if you were a U.S. citizen?

Carter Charles, 39, is a professor of history and American Studies at the University Michel de Montaigne Bordeaux.

Q: Do you agree with Hillary Clinton’s policies?

A: Why not? Of course it depends on what policies. If we are talking about taxes, every great nation will have taxes. You need taxes to finance education and healthcare.

If she can balance between LGBT rights and the rights of the people who do not want their religious rights imposed on, I think she will work out.

Q: How do you feel about Donald Trump’s temperament?

A: He seems to be concerned solely about himself. You see that even in the names of his businesses. He is concerned about having his name everywhere, even in the White House. I’m not an American. I will not be voting, but really I question how much he really wants to serve the United States.

Q: If you were able to vote, who would you vote for?

A: If I were, I would certainly not vote for Donald Trump. I would not vote for him because I don’t think there is any greatness in the man. In a president you are looking for a great man who through his own example can make a nation great.

I think it’s a pity that Mitt Romney is not running at this time. Mitt Romney had things to show for what he was saying. He was not under investigation with the IRS, he was not being investigated by the courts. He disclosed his tax returns. He had nothing to hide. Now you’ve got (Donald Trump) who has so much to hide and he is pretending that he can make America great.

Politics is about choosing the lesser evil. I would be able to vote for Hillary, and if there is anything I don’t agree with I would make sure that in the congressional election, there is the opportunity to counterbalance any overuse of power. To make sure that things remain in some balance or compromise.

Q: How do most people in France feel about our election?

A: Trump is a big joke, but I think that he’s doing it on purpose to get people to talk about him.

A: Well … she looks a little bit more decent, but I certainly don’t approve of her party or politics and I would never trust her, because of what she represents to me.

Q: How do the people around you feel about the U.S. election?

A: From what I hear around, everyone keeps saying, “We hope that Trump will not win,” but at the same time, no one says that they hope Hillary wins … if you know what I mean. I don’t feel like there is a real best choice.