Chelsea Clinton won’t let campaigning for her mother in this year’s presidential election take the place of caring for her young family.

Despite her busy schedule advocating for the Democratic nominee Hillary Clinton, Chelsea Clinton told the Daily Universe motherhood is her “most important identity.”

Amidst frequent traveling and speaking commitments throughout the country, Clinton makes travel arrangements to ensure her children are always taken care of, including breastfeeding her 4.5-month-old son.

“I’m working so hard for my mom because I think she’d be the best president for our children — including my children,” Clinton said, “but I also want to ensure that my children know they are my number one priority.”

Clinton follows in the footsteps of her mother, who was once busy campaigning for her husband, while also playing the faithful role of motherhood. Clinton spoke fondly of the care her mother took for her while her father Bill Clinton ran for the presidency during her 7th and 8th grade years.

And even though her parents were busy on the campaign trail, their schedules didn’t keep Clinton from getting the care she needed.

Clinton remembers her mom coming home almost every night to take care of her even after long days of campaigning.

“I think she only missed three nights with me in that whole campaign.” Clinton said. “She would fly home to be able to have dinner with me and put me to bed, and then she’d get up in the morning and go out to wherever she had to go next.”

Although proud of her parents, Clinton said she was not involved in the campaign except during the summers for some conventions and sometimes on the weekends, remaining faithful to her school attendance.

“I don’t think I missed a day of school, except for my dad’s announcement in October of 1991,” Clinton said.

Fast-forward to the 2016 election cycle: Clinton is now working full-time aiding in Democratic nominee Hillary Clinton’s presidential campaign. Chelsea Clinton said this time around is very different for her because of her role in advocating for her mother, which keeps her busy traveling and attending events.

“It’s just very different,” Clinton said, “because I get to advocate about my mom, and I’m so happy and grateful to be able to do that. I also now am a mom, and that’s my most important identity.”

Clinton said she is grateful for the chance to advocate for her mother, but she refuses to let the campaign take over her first and foremost role of motherhood.

Clinton’s young son Aidan Clinton Mezvinsky often travels with her, making it possible to breastfeed him regularly, which she is “very committed to.”

Clinton is grateful for the flexibility in her schedule that allows her to breastfeed and care for her son in between events. She also tries not to stay away from home more than two nights at a time so she can be home with her 2-year-old daughter, Charlotte Clinton Mezvinsky.

Clinton’s involvement in her mother’s campaign really took off in 2008 when Hillary Clinton first ran for president. Chelsea Clinton said this was not part of her original plan, but she felt it necessary because of how strongly she supported her mom.

“(I) decided to become a more purposefully public person,” she said, “highlighting challenges that I thought weren’t getting enough sunlight.”

Clinton said she has always been interested in politics and very concerned with who was running for public office ever since she was a child in Arkansas.

“I’ve voted in every election I could vote in,” Clinton said.

Even as a student at Stanford, she researched candidates for the local school board so she could make informed decisions when it came to voting.

“I’ve just seen what a difference leadership makes at the national level; also at the state and local level,” she said, “having lived through different mayors and different governors.”

Clinton’s interest in government led her to a master’s degree in international relations at the University of Oxford. Clinton is now the vice chair of the Clinton Foundation, where she works to help increase the wellness of other countries.

“Whatever it is that we care about is impacted by who is holding elected office,” Clinton said.

Clinton has spent much of her life campaigning for issues that will affect her own family and encourage everyone to vote.

“I hope that this won’t be your only vote, or your last vote, even if its your first vote,” Clinton said. “I hope you will get engaged and stay engaged in local, state and federal elections.” 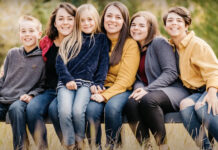 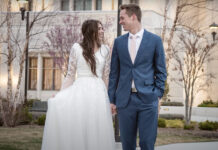