LDS young adults are no exception when it comes to dealing with health issues.

Some serving full-time missions come home early when mental health concerns debilitate them. Because open discussion of the issue is fairly new, some early returned missionaries struggle with acceptance and understanding upon returning home. A lack of understanding and compassion can cause them to feel ostracized.

Missionaries returning home early often struggle with their own decision and fear judgement and a lack of understanding from others, especially loved ones.

“Having some experience as a bishop and stake president prior to this, I had some sense of what the missionary would face when he or she returned to his home ward; namely, there are always a little few that want to know why,” Hoglund said.

He explained that there are pressures and social expectations for those who serve missions.

“The biggest problem, in my estimation, that they face is the social pressure that they have failed and leaving with those issues,” Hoglund said.

The problem was confirmed in a UVU study that found 73 percent of early returned missionaries experienced feelings of failure.

Aubrie Orrock did not understand what early returned missionaries were going through until serving a mission herself, in the Washington D.C. South mission, and having to return home early.

“I had heard of missionaries coming home. They didn’t even come home early and they struggled. I wasn’t really sympathetic. I was just kind of like, ‘Get over it. Aren’t you happy to be home? I don’t get it,'” Orrock said.

Orrock had to return home because of appendicitis. Although her health issue was physical, mental and emotional struggles accompanied it, and that was ultimately the most difficult part to deal with.

Although Orrock struggled with returning home early, she has started to make peace with her decision.

“I’ve come to terms with it for the most part. It’s not something that happens overnight, and people need to be compassionate and understanding with that. It almost feels like a death in a sense, like you’re mourning the death of a loved one,” Orrock said.

Megan Jensen, who served in Birmingham, Alabama, talked about the stressful nature of missionary work. Although she wears a big smile in all of her mission pictures, she experienced great amounts of stress and anxiety during her mission.

“On the mission, everything is heightened,” Jensen said. “There’s so much happening and there’s a lot of stress that happens. You’re thinking of others instead of yourself. It’s just a high stress environment and that really heightened it for me.”

Jensen felt her anxiety was at an all-time high two weeks into the field, when Jensen and her companion received a call that a less active member they were working with was in the hospital after an attempted suicide.

“It was just a high-stress environment. So I knew how she felt. All of my past emotions flooded back and I had a panic attack right there … I think that was one of the highest anxiety points on my mission,” Jensen said.

Jensen continued to struggle with anxiety and depression following the dramatic incident. Although she tried to stay strong for her companions and for the people she was serving, she ultimately made the decision to care for herself and return home to Sacramento.

LDS culture and social norms also influence and cause stress for young adults in the church, as Hoglund can confirm.

“There’s such an incredible emphasis and pressure on these young folks to go on a mission,” Hoglund said. “The fact that if you don’t, there’s something wrong with you. There has to be the understanding for the members that a young man, young woman, can go on their mission when they are physically, spiritually and mentally able to do so.”[/vc_column_text][/vc_column][/vc_row]

Dr. George Komen confirmed that mental health issues are prominent in society. “There’s no question that anxiety and depression are very common in the general population,” Komen said.

He explained how depression can often be mistaken for feelings of disappointment, but it is far more intense than just feeling down.

“You have to differentiate it from discouragement, or disappointment or just problems that come up in life that make you feel that life just isn’t going your way,” Komen said.

He also explained that depression can occur at any time, not just during difficult times.

“Depression oftentimes occurs in people (for whom) everything’s going just perfect. And all of a sudden they realize that the color’s gone out of life — there’s no more joy or happiness, or anything that they find pleasure in,” he said.

Richard Leggieri, who served in the Colorado Springs, Colorado mission, suffered from a mix of depression and anxiety on his mission and experienced the feelings described by Dr. Komen.

“I’d never experienced this before, but I kind of just didn’t really feel any emotions. I didn’t feel like going out to work,” Leggieri said.

These feelings began to affect him physically, as he struggled to get out of bed.

“I would basically sleep all day,” Leggieri said. “I couldn’t go out and work unless I felt like it.”

Leggieri made the decision to return home early after talking to his mission president, who told him he had a good run, but it was time to consider going home. Forty million U.S. adults suffer from an anxiety disorder, and 75 percent of them experience their first episode of anxiety by age 22, according to the Anxiety and Depression Association of America.

Missionaries fall right into this age group, as they range from ages 18 to 30.

Serving a full-time mission presents an entirely different set of stresses and pressures for young adults in the LDS Church.

Travis Catt, a returned missionary from Arizona, developed anxiety on his mission.

“Every time we knocked on a door, I was worried I was going to mess it up,” Catt said. “I was overly hard on myself and it was the constant worry that I wasn’t good enough; these people weren’t getting the gospel because of me.”

Going through great changes in a very short amount of time caused Catt’s stress and anxiety levels to skyrocket. However, since he has returned home from Mexico City, his anxiety has gone away.

“After my mission, this is a piece of cake,” Catt said in regards to life after his mission.

“If you see somebody who came home from their mission early, give them a high five, give them a fist bump, shake their hand. Do something to give them support, to let them know that you care for them, because those experiences afterwards will echo for the rest of their life. Whatever they experience in that first moment when they come home, they will have the faces of the people that they see burned in their memory,” he said. “Ultimately, we need to support these people — if we don’t, we’re failing them.” 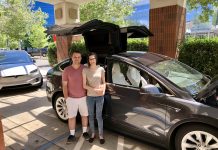 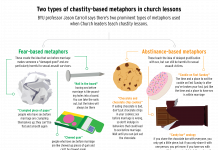 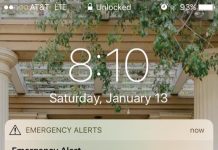