Some campus clubs go on hiatus during the spring and summer terms because a large amount of students migrate out of Provo after Winter Semester. Students searching for a club often have a difficult time finding accurate information about club operations from the university’s primary resource, clubs.byu.edu.

There are 387 clubs listed online, but half are labeled “Not Recognized;” the number of clubs actually in operation is uncertain. 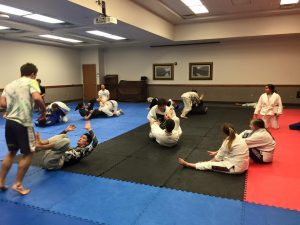 The list of clubs on clubs.byu.edu includes information about a club’s status, which indicates whether the organization meets the requirements of the university.

A green check mark next to the club name indicates an officially recognized club, meaning the club is active, functioning and fulfilling the requirements to be considered a club.

The clubs with “In Transition” arrows indicate they are in the process of yearly renewal and transferring leadership. If this process takes too long, the club is classified as “Restricted.” If the club’s renewal is not updated within a year, the club is categorized as “Not Recognized.”

Some clubs, such as the Society of Professional Journalists, fell short of renewing their club statuses. The process requires an advisor to run down a checklist, a new club president to receive training and the club’s contact information to be updated.

The Society of Professional Journalists still meets despite its status on the website while it works to become a recognized club again.

The listed status cannot be an accurate indicator of club activities, especially during summer term.

“Some clubs’ leadership leave the country, so they won’t have any activities for summer, but they will plan on starting back up for fall,” said Rachel McAllister, the starter of BYU Refugee Empowerment Club.

McAllister and a few other students established an unofficial Refugee Empowerment Club during Winter Semester 2016. BYUSA takes about a month to approve a club but it is not yet a part of the BYU club list yet. The club still holds regular activities.

Many BYU students find club information through word of mouth, Google, and Facebook. Andrea Vukorepa and Axel Lichtenberg both received updates from the clubs they participated in through Facebook.

“If they wanted to (know about the club) … look us up on Facebook,” said Benjin Fraser, the president of BYU Cancer Awareness Group.

The club has about 10 club members during summer term compared to the 20-30 during Fall and Winter Semesters, according to Fraser. Club members plan to volunteer for cancer races in the Provo area and continue to fulfill their club’s mission.

“Any interest you have, there’s a club for that with like-minded people to help you find a place to belong here,” said Kate Harmer, a clubs assistant.

BYUSA is currently working on updating its websites so students can easier locate what they love and people they can relate to.