In 2011, Bangerter Homes created a replica that almost exactly matches all the characteristics of the house from Disney’s “Up.” The replica, referred to as “The Real Up House,” is located just a short drive from Provo in Herriman, Utah. 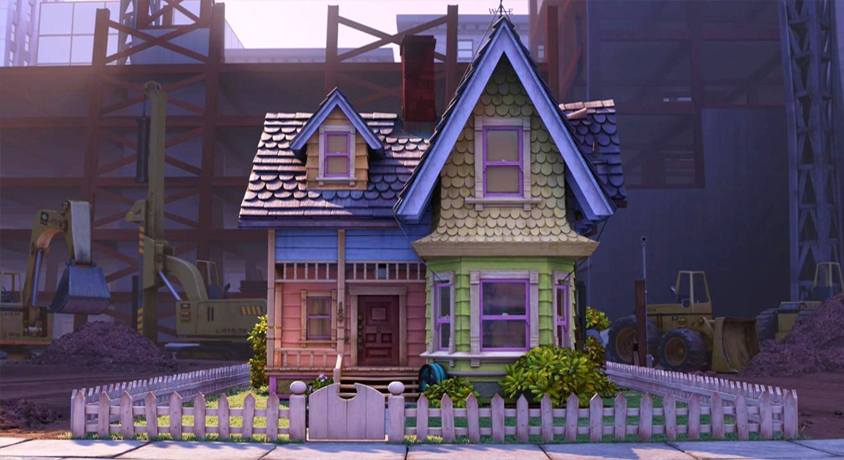 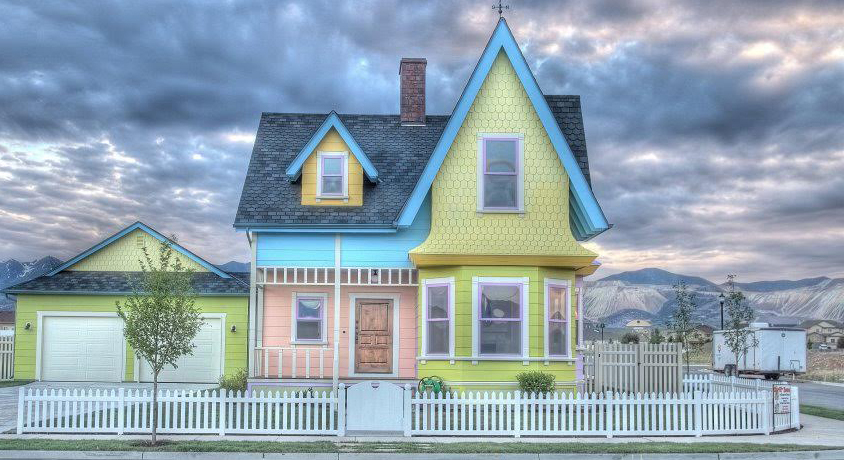 Drag the arrow button to compare the movie and real-life versions of the “Up” house.

House designer and builder Blair Bangerter realized, while watching the Pixar film, the house in “Up” looked a lot like the houses they were used to designing and thought it would be a fun project to create a replica.

“The whole idea was just kind of a fun idea,” Bangerter said. “Obviously, we thought it would be compelling enough that someone would buy it. Almost never do we build houses that aren’t pre-sold.”

Bangerter Homes went forward with the idea and in February 2011 started work on the “Up”-themed house. The company designed everything to match the house in the movie as best as possible — even down to the mailbox, the pictures on the wall and Carl and Ellie’s custom-made chairs.

By July 2011 the home was ready for the annual Parade of Homes. The Real Up House attracted thousands of people and caught the eye of Clinton and Lynette Hamblin. The Disney fanatics fell in love with and bought the house.

Before the “Up” House sold, it was open to the public for tours. Now the Hamblin family lives there, but the house still continues to bring joy to countless visitors each year. Proposals and engagement pictures are common occurrences at the house.

The Hamblin family even created an Up House Facebook page and blog to keep the public updated on the happenings of their magical abode. Fans can contact the Up House media specialist through the Facebook page to schedule a proposal, engagement pictures or a tour.

If that isn’t enough adventure, students can make the trek down to Moab in southern Utah where a 5,000 square-foot home has been carved into a rock.

The Hole ‘N the Rock house attracts between 5,000 and 10,000 visitors from all over the world each month.

“The tour through the Hole ‘N the Rock house takes you through all of the history that we’ve got here,” tour guide Conor Sullivan said.

Hole ‘N the Rock used to be just a diner owned by Albert and Gladys Christensen. In the 1940s Albert started expanding to create a 5,000 square-foot home inside of the rock back behind the diner.

The inside of the Hole ‘N the Rock house looks like a typical house — except that its 14 rooms are all separated by rock archways. It has a 65-foot chimney and is even equipped with all the necessities of electricity and plumbing. For years, while the diner was still in operation, Albert and Gladys lived in this home.

There is currently no one living in the house, allowing thousands of visitors to visit this novelty each month. A gift shop now takes the place of the diner.

This adventure awaits in the heart of Canyonlands country, just 12 miles south of Moab on US Highway 191. The house is open for tours every day. Make it an all-day adventure by taking the opportunity to also visit the petting zoo.

So, why create such houses?

“It’s for the individuality in all of us,” Sullivan said.