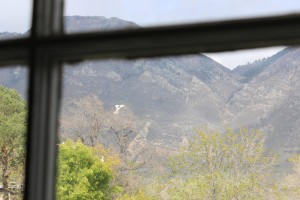 Brigham Young University cares deeply about the safety of our students. When a student reports a sexual assault, our primary focus is on the well-being of the victim. BYU also promotes the safety and well-being of its students through its Honor Code, which is a commitment to conduct that reflects the ideals and principles of The Church of Jesus Christ of Latter-day Saints.

Our goal in every situation is to give students the support that they need and safeguard their educational environment. A student who reports a sexual assault is immediately referred to the Title IX Office. The student then has the option to meet with a coordinator, is provided written information about their rights and options, and is offered resources and services based on their individual situation. A Title IX investigation is never conducted to harass or re-traumatize a victim. A victim of a sexual assault will never be referred to the Honor Code Office for being a victim of sexual assault. Sometimes in the course of an investigation, facts come to light that a victim has engaged in prior Honor Code violations.

The university recognizes the inherent tension, in some circumstances, in these two important parts of BYU’s efforts to create and maintain an atmosphere consistent with the ideals and principles of the church. In all Honor Code proceedings, the university strives for fairness, sensitivity and compassion, taking into account all mitigating facts and circumstances. At the same time, BYU has zero tolerance for students who commit sexual violence. The university’s overriding concern is always the safety and well-being of its students.

We understand the concerns that have been expressed about the reporting of sexual assaults to our Title IX Office, and we care deeply about the safety of our students. We have decided to study these issues, including potential structural changes within the university, the process for determining whether and how information is used, and the relationship between the Title IX Office and the Honor Code Office.

The statement follows intense news coverage of campus policies and its interaction with county prosecutors, particularly in the case of a BYU sophomore who reported being raped after inviting a man to her apartment, according to the probable cause statement in a Fourth District Court rape case that has yet to go to trial.

She complained, during an on-campus sexual assault awareness event last week, that BYU’s Honor Code office had information it shouldn’t have had about her case. She started an online petition aimed at persuading the school to keep investigations by its Title IX office separate from the Honor Code office.