The number of females in computer science is on the rise, but there were more females 30 years ago.

It might be slow, but women are returning to computer science. This may be because universities across the country realized the decline in women in computer science and took great efforts to get more females in the major. BYU is no exception to this trend.

The Women in Computer Science club on BYU campus aims to help women succeed in the field of computer science and provide them with a way to develop friendships with other students in the program.

“We have been aware about this (trend) for years and years, and we have been really concerned by it,” said Mike Goodrich, BYU Computer Science department chair. “We realized that it didn’t make sense. It is clearly a cultural thing because there really is no other explanation for it.”

Bryan Morse, a professor of computer science at BYU, oversees the Women in Computer Science club. He said he feels it’s important that both women and men knew how many opportunities are open to students that study computer science.

“It is a good career for anyone,” Morse said. “It has had a reputation for something that men are going into, but one of the things that makes it particularly wonderful for women is that it is conducive to juggling a career and family. The demand is high enough that you can work part-time or from home.”

This was one of the things that drew Vance to the major in the first place. She has since found many reasons to pursue a career in computer science.

“My cousin started teaching me a little bit of programming before my mission and it just sort of clicked with my brain.” Vance said. “It was fun. I like how it makes me think. It is a problem-solving field.”

Vance said the geeky stereotype and male-dominated field of computer science made her want to join the major even more.

“It made me want to do it more because I feel like I can comprehend anything that a guy can,” Vance said. “I feel antsy to do better just because I haven’t done coding before, but I don’t feel any pressure because of my gender. “

And that is exactly how Goodrich wants the women in computer science to feel. Goodrich spoke of the “threat stereotype,” where people feel themselves to be at risk of confirming negative stereotypes about their social group. In this case, women may feel inferior in the classroom, as they have been taught that computer science is a “man’s major.”

“There seems to be a cultural thing that is getting out there that computer science isn’t for women, and that just isn’t true,” Goodrich said.

In order to draw women to computer science and retain them in the major, the department is looking for ways to help both women and men in the major have a more positive experience.

“One of the consistent things that we have learned as we have talked about this, is that mentoring is helpful in retention of students and women students in particular,” Goodrich said.

“First and foremost, we want them to be examples of disciples of the Savior and fantastic teachers. And so gender, of course, is an important attribute but it is not the only attribute,” Goodrich said.

Another goal of the department is to help students move beyond the stereotypes of the major and come to understand what computer science involves.

“Two aspects people miss when they look at computer science is that it is a very creative discipline. It involves problem solving,” Goodrich said. “The second thing they miss is that it is a very empowering major. There are a lot of socially relevant problems that can benefit from the creative application of technology.”

Goodrich said the area of applying computer science to socially relevant problems is what most of the women in the major enjoy.

“The women are more interested in what the technology can do, especially in solving social issues,” Morse said.

He continued to speak about the value that women add to the major.

“The best of the young women are every bit as good as the young men,” Morse said. “They bring diversity and they bring different opinions, and that is valuable.”

Companies want to increase their own diversity as well and are looking to hire more women. Whether male or female, however, the possibilities are endless in the field of computer science.

“Who wants to code in a dark room with bad hygiene?” Goodrich said. “No one wants that. But coding is a means to an end and that is worth it. It is a great career for anyone.” 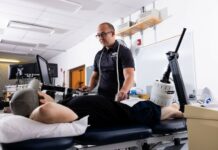 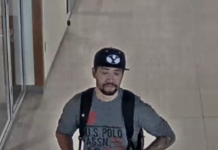