A bill that would exempt Utah from daylight saving time was once again turned down in a committee meeting this week.

HB67 would have made Mountain Standard Time the regular year-round time standard in Utah and would exempt the bi-annual clock change of daylight saving time.

However, this bill has been circulated through Utah’s legislative session multiple times according to Rep. Douglas Sagers, R-Tooele, and he says the issue is starting to feel like Groundhog Day.

The bill’s sponsor, Rep. Fred Cox, R-West Valley, started polling his district back in 2011 and 2012 to see how people felt about daylight saving time, and 60 percent of the respondents stated that they no longer wanted it.

Rep. Mike McKell, R-Spanish Fork, said that he received a similar statistic from 800 respondents in his district, but suggested that this issue might be better resolved on a ballot.

“We are not the only state looking at this,” Cox said.

California has a similar bill being discussed in their state, and Nevada had passed a bill that would put them on Mountain Standard Time year-round. Arizona already doesn’t observe daylight saving time.

Although Cox said that their are disadvantages and advantages to time change, he said it would be good to discuss it on the floor since two-thirds of citizens in three different surveys have expressed that they would like to do away with daylight saving.

Rep. Derrin Owens, R-Fountain Green, said that with more than 600,000 K-12 kids in Utah, many parents are concerned with the safety issues of having their kids go to and from school in the dark, or the affect this would have on after-school athletic programs.

Other parents of mentally handicapped children have expressed the difficulty that time change has on their child’s schedule.

As far as the agricultural community goes, Cox said that some farmers like the idea of keeping time the way it is since they farm all day anyway.

However, there are other farmers who have other part-time jobs or responsibilities who see this bill as a disadvantage to their livelihood.

Sterling Brown, of the Utah Farm Bureau, said that after some discussion about the 2014 survey, they decided to conduct their own to see how the agricultural industry felt about the subject in present day.

They initiated their own process and received direct input from hundreds of Utah farmers and came up with the conclusion that they oppose getting rid of daylight saving time.

“For what it’s worth, history and present, know that the agriculture industry prefers staying the course,” Brown said.

There was a motion to pass the bill, but that motion failed with a 4-8 vote. 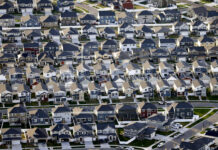 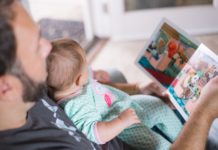 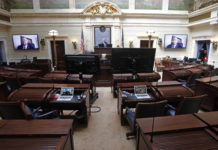