SALT LAKE CITY— Disagreements between liberal and conservative opinions continue to rage over a bill that would expand sex education beyond Utah’s current “abstinence-based” curriculum. 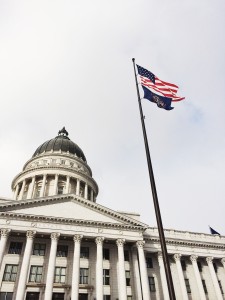 “It’s written in a way that assumes all young people are sexually active. It doesn’t teach them the importance of morality,  and that is totally contrary to family values that teach just the opposite,” said Gayle Ruzicka, president of the conservative Utah Eagle Forum. “We need to teach them to be morally clean and that they are capable of that,”

However, King says his bill is needed to regulate the rising rates of sexually transmitted diseases, and to educate the youth on how to protect themselves.

“Knowledge is power, and I don’t believe in keeping kids ignorant,” King said.

Utah currently has one of the best sex education laws in the nation. According to Ruzicka, Utah is currently 50th in the nation for abortion and 48th or 47th for STDs and unwed pregnancies.

“Just looking at the numbers show that what we are doing with our abstinence based education is working to keep the numbers low,” said Ruzicka.

King is also seeking to keep numbers low but says schools should offer more in-depth, medical information through opt-in classes that parents could choose whether their children would participate in or not.

Emilee Stokes, a mother of three and a certified health teacher in the state of Utah, said, “No matter what, no type of sex education will ever replace parents teaching their kids.”

“If a kid is planning on having sex then they probably will regardless of sex-ed, so they will need to be educated,” said Emilee. “But the same goes for kids who decide to be abstinent. They probably will be no matter the school’s curriculum.”

Rep. King recognizes Utah’s highly conservative Legislature could hinder the passing of the bill, but says it’s worth it to educate people on the bill’s importance.

The new sex education curriculum would take effect July 1, 2016 if the bill is passed.