SALT LAKE CITY – A Woods Cross Republican wants to protect the nursing mothers to breast feed in public and pregnant women who may be discriminated against.

Sen. Todd Weiler is sponsoring a bill that would give reasonable accommodations to women who experience limitations in the work place as a result of breastfeeding, pregnancy or related matters. SB59 would revise Utah’s Antidiscrimination Act.

Weiler explained that Utah is a family friendly state, yet some women have approached him who feel that they have been harassed or discriminated against in the workplace because they need a break to pump milk for breastfeeding or to go to the restroom.

According to Weiler, the biggest issue is that some people do not think that this bill is necessary. Many assume that these protections already exist; however, there are currently no federal or state protections for the reasonable accommodation of pregnant and breastfeeding women.

Reasonable accommodation is an adjustment to the work environment that enables an employee to continue to perform their essential job functions. It would provide women with the resources and opportunities to care for themselves in the work place – as long as  it is not an unnecessary burden on the employer. Reasonable accommodation could include providing a private room for women to pump or breastfeed and allowing pregnant women to take an extra break.

“The idea is that we don’t want to burden employers, but if there is something employers can do, we are going to require them to do that,” Weiler said.

Stephanie Pitcher, coordinator of the Utah Women’s Coalition, has personally experienced this type of discrimination and said that it really is an issue in Utah. The message is, she said, that women need these kinds of protection and are not getting them.

To try to counteract this, the Women’s Coalition has been heavily involved in SB59. The coalition prepared and did a lot of research for the bill before bringing it to Weiler, who then agreed to sponsor the bill. Now the coalition is working to prepare talking points.

“Our main hope is that we can pass this legislation, so women can ask for these accommodations,” Pitcher said. “Generally they’re very simple – things that most of us agree are reasonable.”

This bill comes after the legislature passed HB105 in 2015, which amended Utah’s anti-discrimination law to include breastfeeding or medical conditions relating to breastfeeding as a result of pregnancy, childbirth, or “pregnancy-related conditions.” 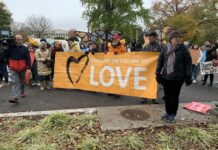 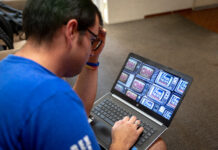