SALT LAKE CITY—One can learn a lot about a person by delivering their mail. A Salt Lake Valley senator, working with U.S. Rep. Jason Chaffetz, R-Utah, has unveiled a bill that would put local letter carriers’ knowledge to work in case of a disaster.

Sen. Karen Mayne, D-West Valley City, has filed SB57 that would allow state government to contract with the U. S. Postal Service. If it passes, the bill would enable the governor to call on postal workers to help identify residents of areas affected by disasters as well as the medical needs of residents. 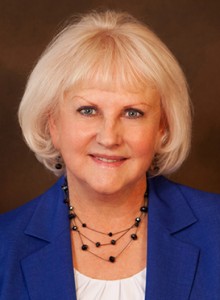 Who knows best about you and your neighbors? It turns out USPS workers make it their mission to deliver to each house and know a lot of things — including vacancies in residences, who lives where, where senior citizens reside, and who gets prescriptions in the mail. They also know even the most unknown, remote rural places intimately.

“I mean, this is just hands-on information,” Mayne said.

In addition to the unique familiarity postal workers have with each house they deliver to, Mayne sees almost never-ending benefits to the bill. Post offices, local landmarks in each city, provide the perfect gathering places for victims of a disaster to receive water, food, or medical attention. Mayne also says that postal service workers are already vetted through a criminal background check and hiring process.

In addition, postal workers have master keys that allow them unparalleled access to gated communities and apartment complexes. Rather than requiring costly demolition and wasted time to break into a gated community during a disaster, the postal workers could arrive on the scene to let first responders in.

Post offices even have their own gas supply. If a crisis caused the electricity in a city to fail and local gas stations were rendered unusable, the post office could step in.

“Gas is magic in a disaster,” Mayne said.

The bill provides for a feasibility study conducted by the Division of Emergency Management that would work through logistics, such as how the postal workers will be paid. Mayne sees it as a bonus that the bill would provide extra work and income for workers in an industry fraught with recent job cuts and shifts in job descriptions. Chaffetz has been brainstorming the idea with Mayne because he is the chairman of a congressional committee which oversees the postal service.

If the bill passed, Utah would be the first state to enact a law employing postal workers as emergency volunteers. Mayne says she would like to see the idea spread to other states.

“In my eyes, it gives [the postal workers] more universal use…and it gives another tool for the state and the federal government for immediate, effective, vetted service,” Mayne said, “I think it’s brilliant.”