Puppies. Free bacon. Free pizza. Free entrance to kids wearing jerseys. All of these techniques and more are part of a creative marketing platform to boost attendance at women’s basketball games.

“We just sit here and brainstorm. I always say no idea is a bad idea. If we like something and something stands out, then we run with it,” Fairbourn said.

The BYU vs. Utah game in December promoted free bacon and $1 “Cougar Tail” donuts. The game against Gonzaga in January offered free pizza, a photo booth with Cosmo, autograph signing and the chance to play with puppies.

“I like puppies and everyone else likes puppies. Someone is like ‘puppies and basketball’. I’m like ‘that won’t work… wait what if it actually did work?’ And it did,” Fairbourn said.

Another success was Family Day on New Year’s Eve that featured a $15 entrance pass with family-friendly activities. Saturday’s victory over Pepperdine offered free admission to kids 17 and under wearing a jersey.

“I think it’s fun. It’s super random but it keeps things entertaining. People always joke about how no one wants to watch women’s basketball but if you have something to bring them in, it’s fun. And then you realize how fun the games actually are,” said Aubrey Glazier, a junior at BYU who attended the game with free bacon.

The goal behind the clever promotions is to generate buzz on social media and play off of what is already trending. Fairbourn hopes that these “quirky” ideas reach people who aren’t familiar with women’s basketball games, in the midst of everything else they are following.

“We have to find other ways to appeal and attract people to come in,” Fairbourn said. “So the focus is to find little elements that are random and quirky that people are like ‘oh wait that doesn’t really make sense’ but it kind of does.”

Women’s basketball home games have averaged 1,213 fans in attendance so far this season. That’s a 62 percent increase from the average 752 fans during the 2014-2015 season.

BYU women’s basketball sports information director Norma Collett said the goal is to create fans that want to return to the Marriott Center.

“The times when things are free or they do a 2-for-1 kind of a deal, it tends to get in the most people,” Collett said. “The hope is that the people who come will have a good experience that they’ll want to come back for other games during the year.”

“We need ways to think outside the box,” Fairbourn said. “Whether it be quirky things that are going on on campus and in the Provo community and in LDS culture and in sports in general to find our niche.” 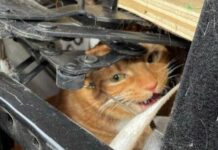