The blogging world is rapidly growing, and bloggers Stevie Henderson and former BYU student Katelyn Jones are leading the way and changing the fashion-blogging industry.

Henderson started her fashion blog, Stevie Henderson, after being inspired by her past roommate Amber Fillerup of Barefoot Blonde. Henderson also wanted to pursue her love of fashion while doing something that would allow her to stay home with her kids, when they come along.

Before Henderson started her blog she was a buyer for a clothing boutique; she loved picking out clothes, but decided she had grown all she could and it was time for the next challenge. This next phase now consists of a fashion blog that also has its own online store called Shop Stevie.

Henderson attributes part of her success to her husband for helping her pursue her dreams.

“To be honest, it was long crazy talks at night with my husband and one day we were crazy enough to actually go for it,” Henderson said.

Jones started her blog A Touch of Pink because friends sought her advice when putting outfits together. Jones has always loved fashion and all things beauty, so she said it felt natural to start a blog to share her daily outfits and favorite beauty looks.

Jones broke the typical fashion blog mold by creating YouTube videos. She knew YouTube would be a great fit because her friends asked how she did her hair and makeup; strangers would even come up to Jones asking her what products she used.

“The main reason for starting a YouTube channel has definitely been my love of helping people feel beautiful or more confident through beauty and makeup,” she said.

Henderson said her shop is important for her blog because it brings more people to her site. She said it’s a big thing companies look at when contacting her for collaborations because of how much traffic her site receives.

Henderson said she doesn’t recognize herself as a trail blazer, but thinks she’s still learning from others and jokingly refers herself as “still a noob.”

“Hopefully I am inspiring others and getting their creative juices flowing,” Henderson said.

Jones thinks social media provides amazing opportunities for bloggers to grow their brands and will only help the fashion-blogging community grow.

“I think social media has helped my blog grow,” Jones said. “I’ve been able to see a steady growth since posting consistently and frequently on my Instagram.”

The future of fashion-blogging isn’t set in stone and never will be as long as the Internet is changing. Fashion bloggers like Henderson and Jones are proving this through their innovative blogging styles.

Henderson said she’s still taking in all of the success her blog and online store have received and has been talking with her husband about possibly starting a swim/clothing line in the future. She hopes to inspire readers to get new ideas for outfits, shop her looks and feel good about themselves.

“I hope to have a little part in women feeling confident about themselves,” Henderson said.

Jones also said she hopes her readers feel inspired and leave her blog wanting to come back and see more.

“I love helping people get outfit ideas, makeup and hair tips, and just connecting with them through my writing,” Jones said.

Jones advises aspiring fashion bloggers to have a plan before they start. She says you need to ask yourself, “Who will be taking my pictures?” “How often do I want to post?” and “What do I want people to feel when they see my blog?” Jones said it’s important to be organized and have a planner for keeping track of your blog schedule because “consistency is key to success.”

“It really is a lot of work, but is still really fun,” Jones said. “Don’t get discouraged if it’s taking a while to gain followers and readers, because if you’re being consistent and working hard at it, you will see results eventually.” 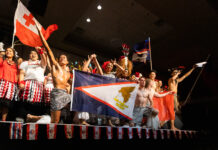