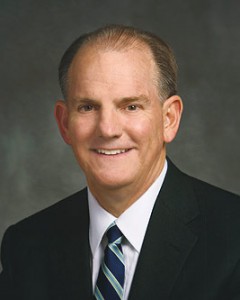 Elder James B. Martino, a member of the Quorum of the Seventy, shared ways in which someone may obtain answers or help from God.

“God does answer our prayers about the truthfulness of the gospel, but he answers them when we have a sincere heart, with real intent,” Elder Martino said. “He does not answer just to respond to our curiosity.”

Elder Martino spoke during the Saturday afternoon session of the October 2015 General Conference of The Church of Jesus Christ of Latter-day Saints.

He used the two accounts from the Book of Mormon to illustrate his points: the story of Nephi and his brothers and the sons of Mosiah.

Elder Martino taught that the condition and intent of a person’s heart provides the Spirit of Revelation. Elder Martino contrasted Nephi and his two brothers, Laman and Lemuel, in their intent. While Laman and Lemuel participated in the same work as Nephi, such as building a boat, leaving their riches and wandering in the wilderness, their intent did not build their faith like Nephi. Elder Martino advised people to follow Nephi’s example.

Secondly, Elder Martino taught that continuing obedience allows people to receive answers. In the Book of Mormon, Nephi is continually obedient and therefore becomes diligent in God’s commandments while his brothers do not.

Elder Martino taught that trails build faith and used the examples of the sons of Mosiah and how their missions greatly effected their lives and strengthened their testimonies.

He continued by teaching that the study of the scriptures reveals God’s will.

“We must make scripture study a daily part of our lives, as this will open doors of revelation.”

The last two thoughts that Elder Martino shared are that prayer, combined with fasting, opens revelation and that people must turn to God for answers. With the sons of Mosiah as an example, Elder Martino explained that personal religious habits strengthen a person’s relationship to God.

Elder Martino ended in the way that he began with his own personal conversion story. He said it was not until he truthfully sought to know the answers to his religious questions that his inquiries led to increased faith and then a testimony.

“Eventually I had that experience the scriptures define as a ‘swelling within your breast,'” Elder Martino said. “I still have things that I do not comprehend, but my testimony of truth draws me closer to the Savior and builds my faith.”