HILL AIR FORCE BASE, Utah – President Obama made an overnight visitation to Utah Thursday, that included meetings with Governor Herbert and leaders of the Church of Jesus Christ of Latter-day Saints. The highlighted purpose of his visit, however, was a seven minute speech on solar energy and jobs at Hill Air Force Base, given shortly before his departure Friday morning.

In the brief Apr. 3 speech, President Obama credited Hill Air Force Base for its role in keeping the Air Force ready to meet the threats that the country faces, such as ISIL. He also noted its contributions to the country’s work in Iraq and in humanitarian efforts across the globe. 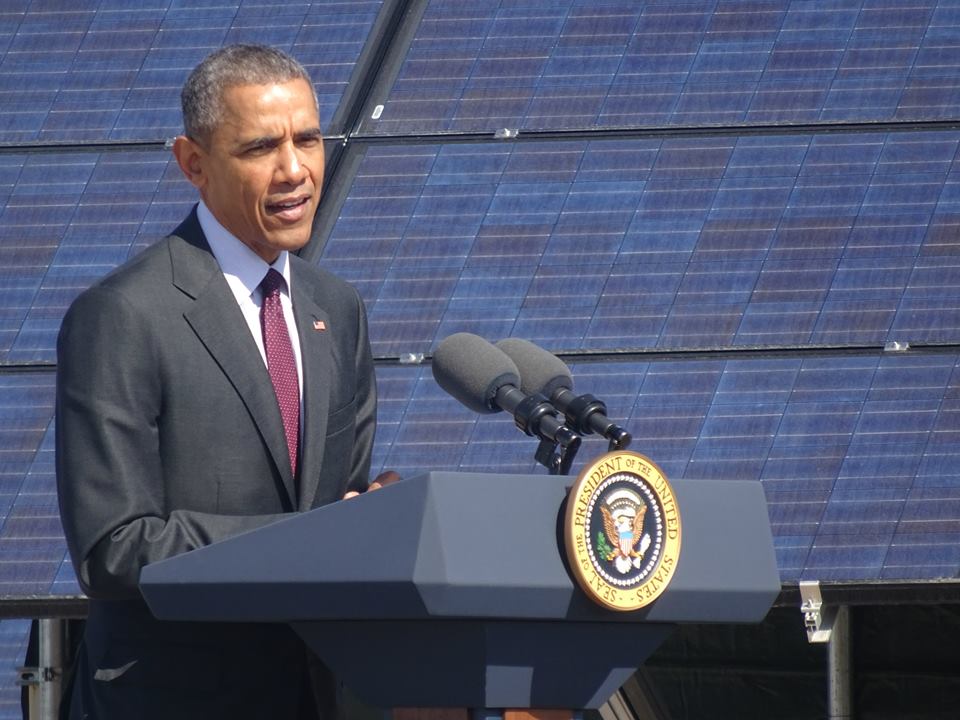 After complimenting Salt Lake City for its commitment to renewable energy, Obama announced that last month 129,000 jobs were created in that sector and that overall, 12 million new jobs have been created in the last five years. These jobs have created higher wages and have grown the middle class.

“We have had the strongest economy,” Obama said, emphasizing the country’s need to redouble its efforts in terms of renewable energy. Economic security is a major focal point of national security, Obama said. “We can’t maintain the best military that the world has ever known unless we also have an economy that’s humming.”

With those thoughts, Obama announced a new goal for the nation: train 75,000 new workers to enter the solar industry by 2020. This would be part of a “solar-ready vets program” that will train transitioning military personnel for a post-military career in the solar industry, he said. Hill Air Force Base is one of 10 bases to institute this program, which will help an estimated 700,000 military veterans and spouses obtain employment.

“We want to make sure that after they’ve fought for our freedom that they have jobs to come home to,” Obama said.

The announced plan is part of a larger effort to increase job opportunities for veterans nationwide. Moreover, Obama said, the federal government will work with the states to help more veterans take advantage of the Post 9/11 GI Bill for solar job training.

The importance of solar jobs and solar energy itself is evident in Hill Air Force Base receiving twenty percent of its energy from renewable resources. The military’s ability to become increasingly efficient will save the government money, Obama said. Instead of that money going to energy, it can be used for equipment and training.

Nearly thirty percent of the federal workforce consists of veterans, Obama said. “If you really want to get the job done, hire a veteran.”