In BYU’s hairiest battle of the year, 16 immaculate mustaches competed in a voting bracket for a chance at eternal glory. By the end of this clash of ‘stache, one name was heard above the rest.

Congratulations to Joseph “Jurphy” Murphy and Snidely Whiplash, BYU’s very own King of March. There is no greater title. 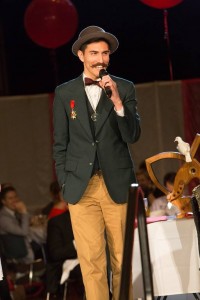 To honor this ‘stache of class, we sat down with the new king and held a Q and A session.

Q. How long have you been growing Snidely Whiplash, and why do you like growing mustaches?

A. I’ve been growing him since November, so about five months. I grew him because within Utah, there’s such a very particular look, and I like to be slightly counter-culture just to show my individuality. The mustache was a way in which I could establish my difference.

A. When I curl him with my fingers over and over again while I’m deep in thought. 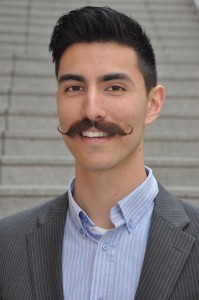 Q. What is Snidely’s favorite food, and why?

A. The bane of Snidely’s existence is sandwhiches. Especially burgers, because I have to take big bites, and I have to be very careful that the mustache isn’t in the way. It’s so long that if I don’t wax it, it hangs down all the way over my lip, and so I constantly have to push it out of the way.

Q. If Snidely was a criminal mastermind, what would be his signature crime?

A. Well I actually picked the name “Snidely Whiplash” because that is actually the name of a villain in the ’40s and ’50s cartoon “Dudley Do-Right.” In the cartoon, he would always tie up a woman on the train tracks, so if my mustache were a villain he would tie women to train tracks.

Q. What do you feel the quality of a man’s mustache says about him?

A. I think the quality of the mustache shows dedication. With a mustache, there comes inconveniences such as kissing, blowing your nose or just even at water fountains. Things that you don’t really think about become inconvenient, so to keep it and to do it right shows dedication. I think it shows a sense of independence and courage to go against something that is so taboo.

Q. What is the most dangerous or risky thing you have done with your mustache?

A. I have gone through many interviews with it. That has been very risky; one interviewer in particular commented on it in a negative light, saying it looked goofy. But then another interviewer, the first thing he said was, ‘That’s the most awesome mustache I’ve ever seen.’ So as a student looking for a job, that’s probably the most dangerous thing I’ve done with it.

Q. What has been your happiest moment with your mustache?

A. This sounds silly, but I tried out a new brand of mustache wax, and it was just so much easier to apply and get the right curl. It made me much happier, because it’s the wax that really makes the mustache. So, the day that the new mustache wax came in the mail was the happiest moment I’ve had with my mustache. 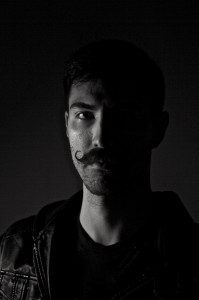 Q. Have you ever used your mustache for an obscure purpose?

Vice president of IT encourages ‘higher education,’ giving equal time to the Lord