SALT LAKE CITY — It lasted less than 15 minutes but a signing ceremony in the waning hours of the Legislature ended years of debate as Utah officially adopted a law that provides LGBT people protections in employment and house. Religious people also received some protection as SB296 was signed into law by Gov. Gary Herbert.

In an agreement that seemed impossible two months ago, the anti-discrimination and religious liberties bill was passed to literal and figurative applause.

The bill provides equal rights in housing and employment to everyone, and has provisions that protect the religious rights of all parties involved.

SB296 was heard in the House late Wednesday night. Three representatives spoke in opposition of the bill, citing time constraints and logistical and technical issues.

This bill was introduced late in the session which concerned many legislators and citizens. They voiced concerns that there wasn’t enough time to dissect the bill, fully vet and understand it.

To that, bill sponsor Rep. Brad L. Dee, R-Ogden, said, “When there are items on this floor, I trust in other people sometimes because sometimes I can’t fully vet them myself…not everyone of us understands it, but you gotta trust sometime across this body with who have.”

When it became clear the bill would pass into law, the audience in the galleries of the House started a standing ovation.

“We try to resist public outburst, but I think that would have been pointless,” Speaker of the House Gregory H. Hughes said.

The LDS Church stated in a news release the following day, “The Church applauds the efforts of the Utah Legislature and other members of the community for this historic accomplishment.”

The statement also noted, “It reflects the very best of collaboration and statesmanship from groups and individuals who may not always agree on all things.”

SB296 was ceremonially signed into law Thursday, March 12 by Herbert.

This bill’s passage was quickly followed by SB297, which provides greater religious liberty protections to clerks in county offices who do not wish to preform certain legal marriages, so long as there is someone else in the office able to take their place. They forfeit the right to preform any marriages by using this conscientious objection, but shouldn’t be discriminated against in the work place.

LGBT groups like Equality Utah remained neutral on the bill, barring the passage of SB296.

Though there was no overt agreement that one bill could not pass without the other, many legislators viewed the two as companion bills.

“If you read them, they have to go together,” Rep. Paul Ray, R-Clearfield, said. “There was not an agreement per say, but I think as you read through both bills you realized, if you did one you had to do the other.”

“There is the official position of the sponsors of 296 that there was not any linkage with 297. And I accept that on face value,” Rep. V. Lowry Snow, R-St. George, said. However, he along with other representatives said they felt the need to support both bills in order to adequately balance both religious and LGBT rights.

This compromise was made possible by several factors.

First, the United States Supreme Court refused to rule on a gay marriage case, leaving the decision to lower courts instead. 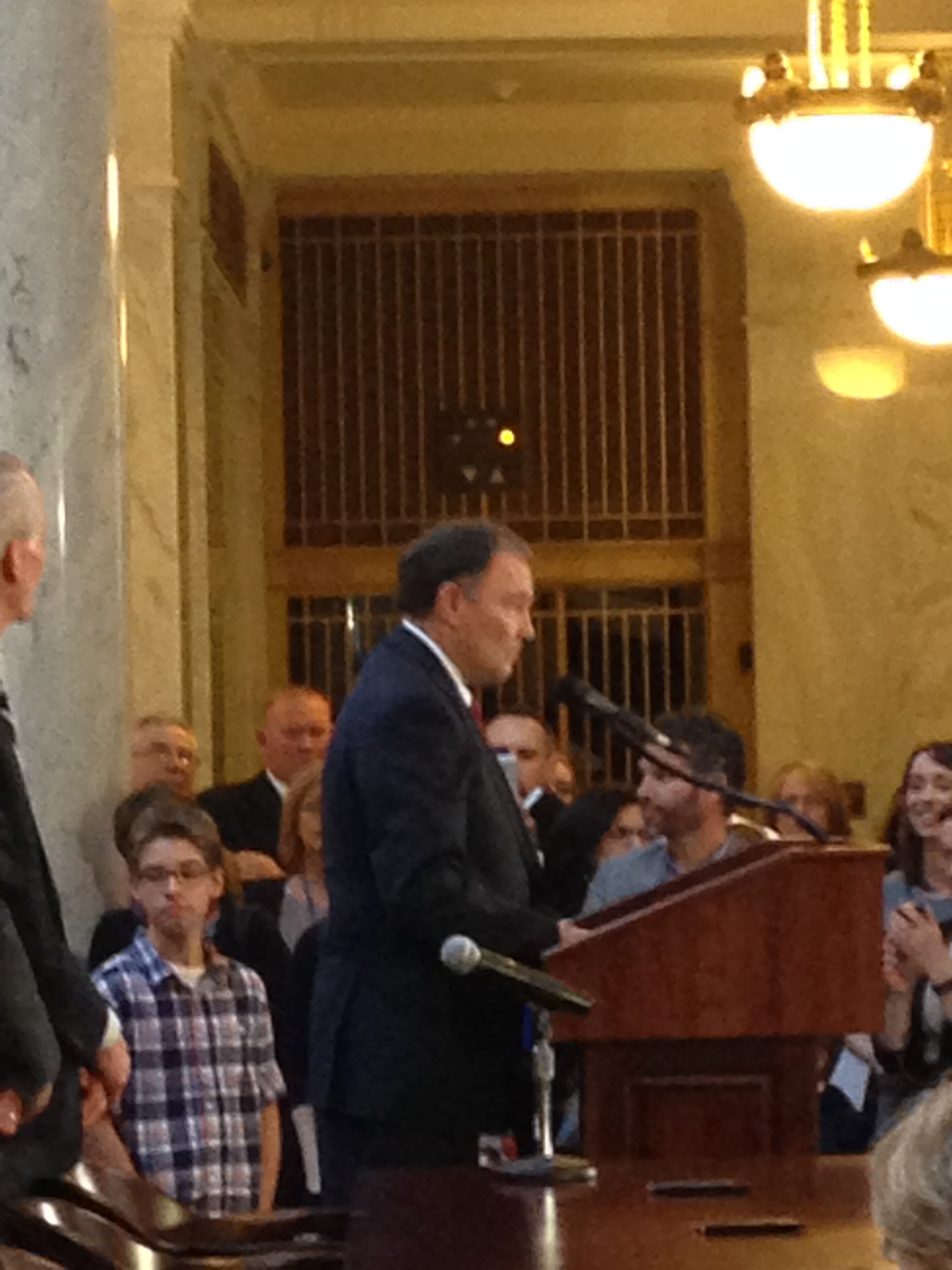 Second, lawmakers like Sen. Stephen H. Urquhart, R-St. George; Anderegg; and others introduced separate legislation that would both promote non-discrimination and religious freedom and were themselves motivated to see action taken on these topics during the session.

Third, the LDS Church held a news conference at the beginning of the legislative session where spokesmen endorsed an effort to find balance and protect both sides. Church leaders said that the two ideas didn’t have to be mutually exclusive.

“It’s not perfect, no piece of legislation is,” Snow said. “But I think it gives us a direction and it’s taking us in the right direction. I’m a real believer in the process.”

The general feeling expressed in the capitol can be summed up in an old adage of Winston Churchill’s: “A really good compromise is one that leaves both sides equally dissatisfied.”