Basketball isn’t the only thing for fans to see at the 2015 WCC basketball tournament. Several members of the Universe staff took to the Las Vegas Strip to document some of the more interesting sights of Sin City’s most infamous street. 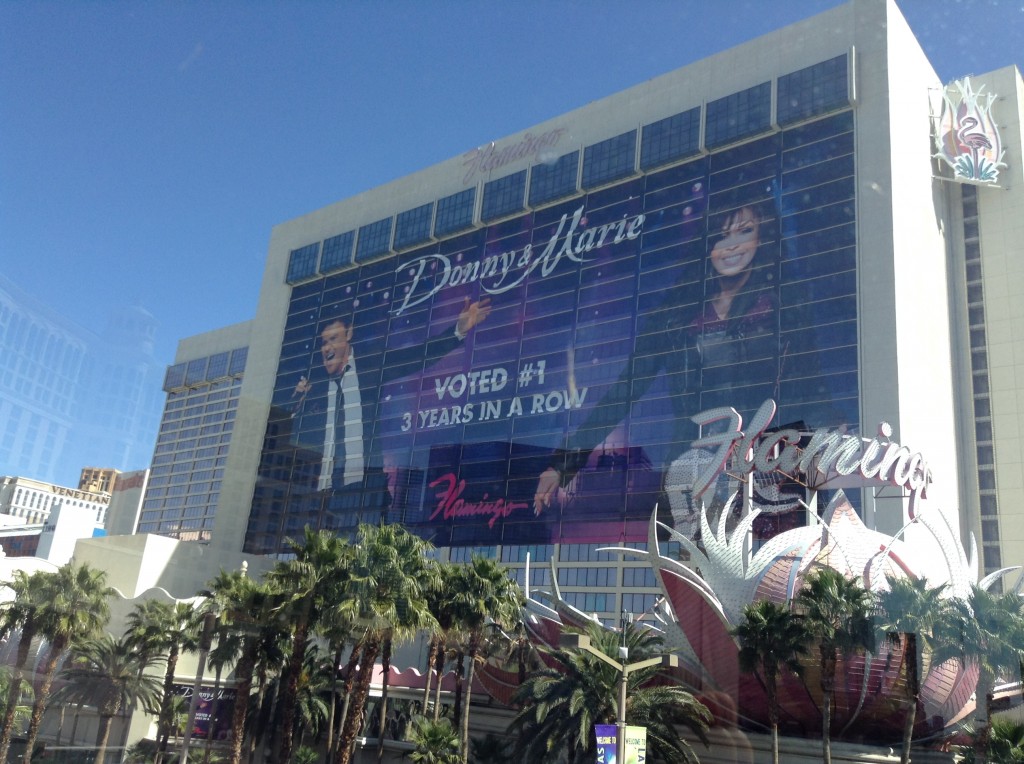 J Mason Nordfelt: If you’re finding it hard to convince your wife or mother to come to Vegas, just show them this picture. The Osmonds have been here for THREE YEARS, and they’re still good Mormons! 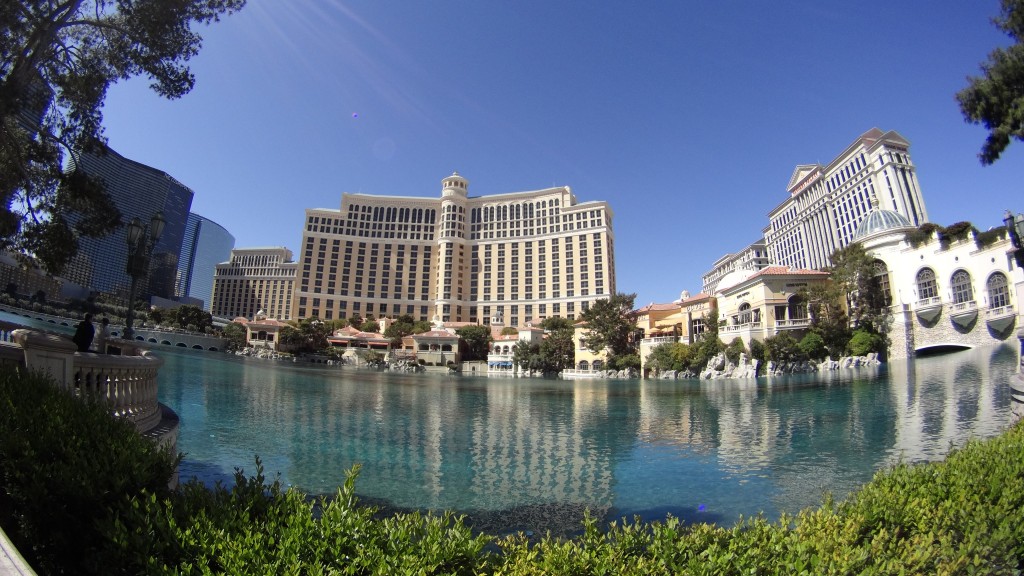 Alex Clark: Whether you’re a heist mastermind or simply just like to watch the fountains, the Bellagio offers something for everyone.

J Mason Nordfelt: The Bellagio fountains are my personal favorite Las Vegas attraction. I have literally sat there watching them for hours at a time. 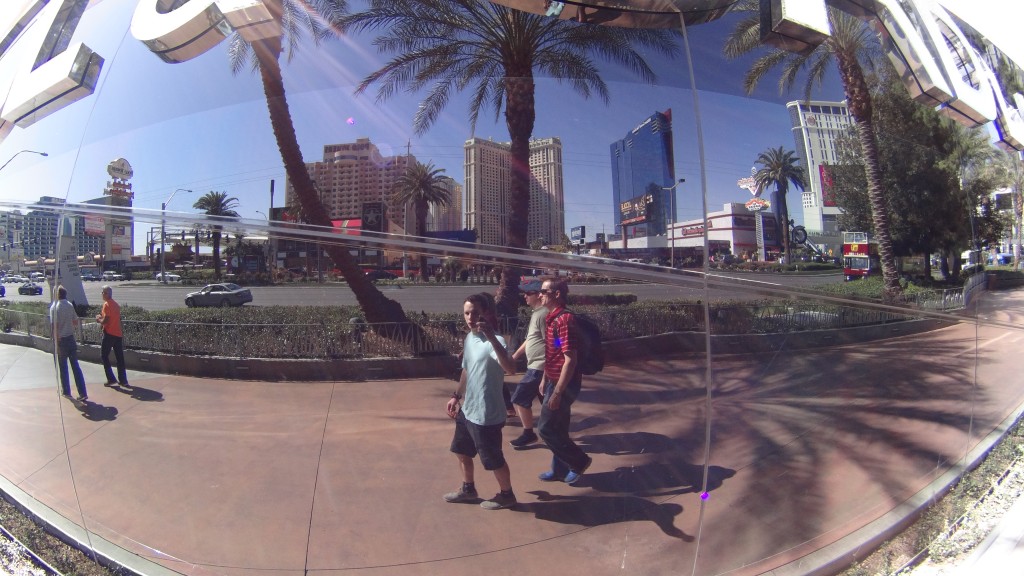 Alex Clark: If you think most of these pictures look a little skewed, it’s because I took them with a GoPro. 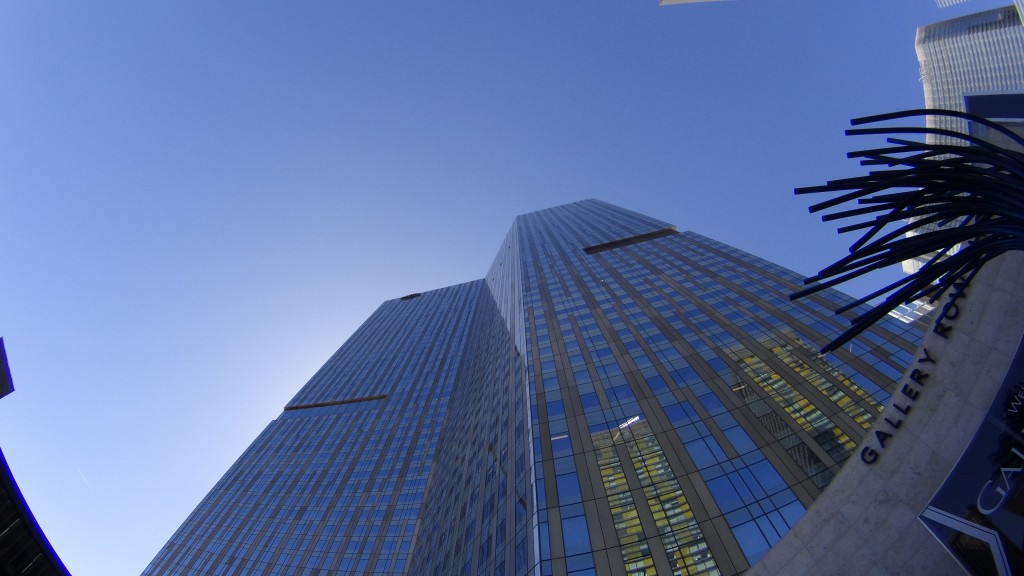 Alex Clark: Not only are the buildings shiny, they’re also really tall. 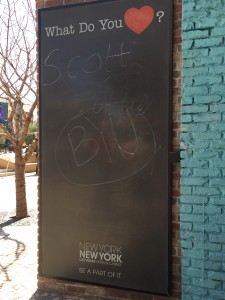 Alex Clark: What were the chances we would find BYU on this list? And it wasn’t even like Mason wrote it just before I snapped the picture. I would like to know what Scott did to make it on the list though.

J Mason Nordfelt: I wrote it. I “heart” BYU! 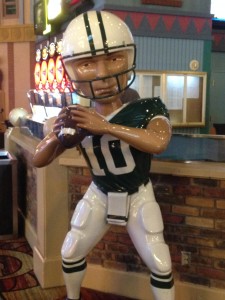 Alex Clark: Who knew? The New York-New York Hotel actually has a statue of former 1988 Cougar quarterback Sean Covey. Rumor has it that there are currently only two other replicas still in existence.

J Mason Nordfelt: Uhhhh … pretty sure I was the one who found this guy … and took the picture … and came up with the Covey line. You go ahead and take all the credit though, Alex. 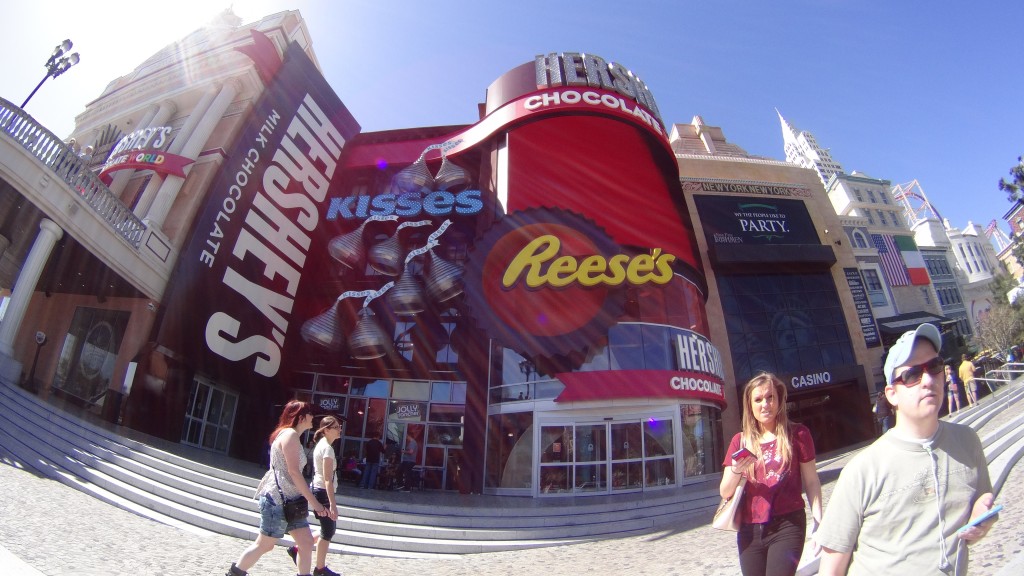 Alex Clark: The only thing that could make this better would be if Willy Wonka came out and started singing to us. 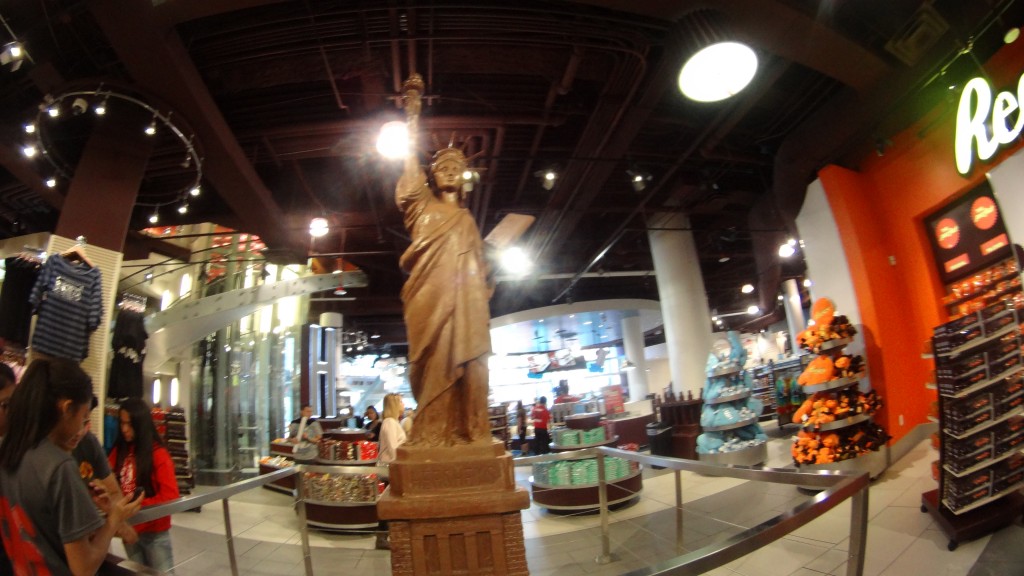 Alex Clark: The French actually donated this solid chocolate sculpture to Reese’s back in 1886. 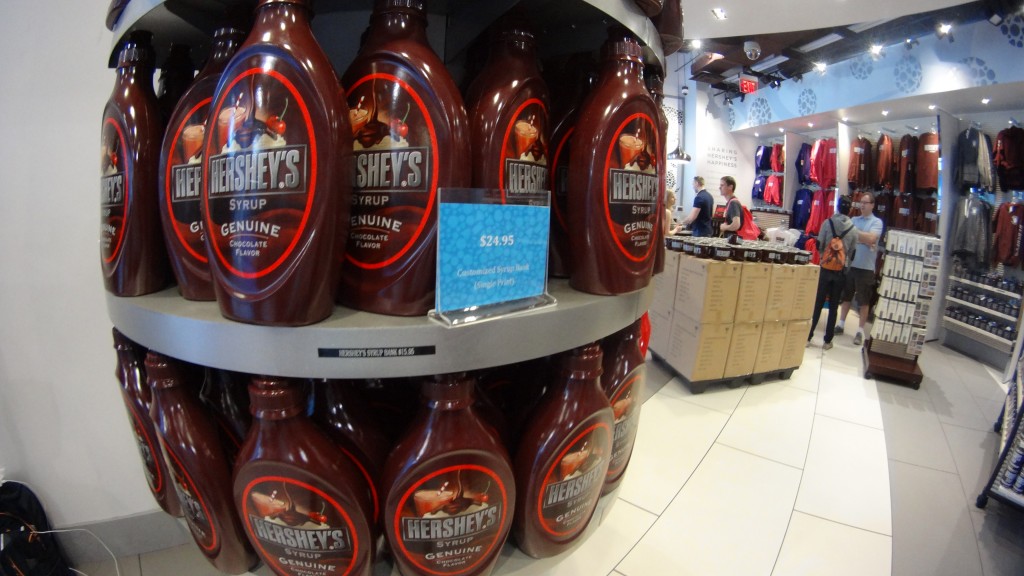 Alex Clark: This picture really doesn’t do these Hershey’s syrup bottles justice. Basically, you could buy one of these for your family’s food storage and, with a little ingenuity, never again stress about having to eat bland oats and wheat while waiting out the end of the world. 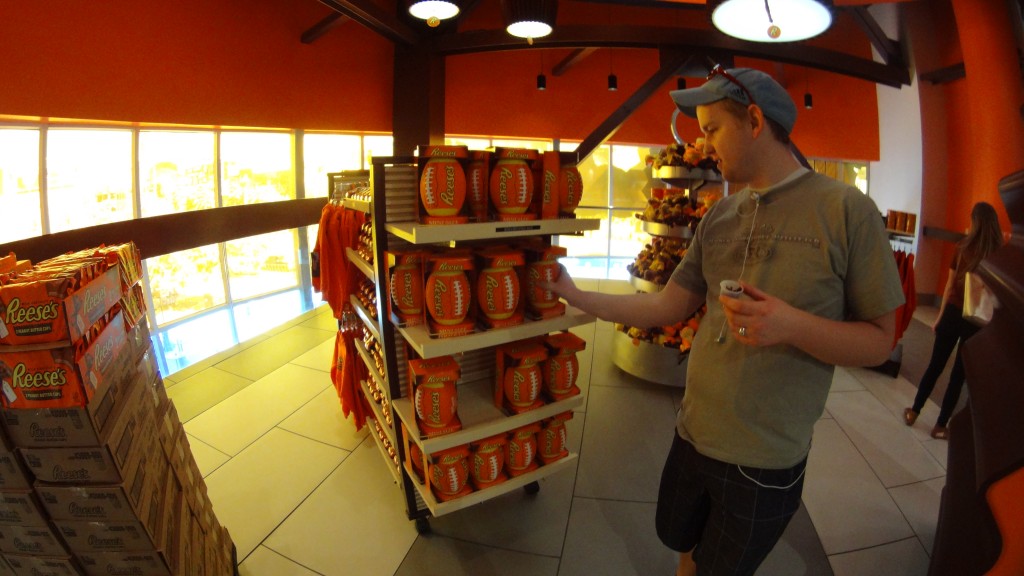 Alex Clark: What do you know…they’re little footballs! 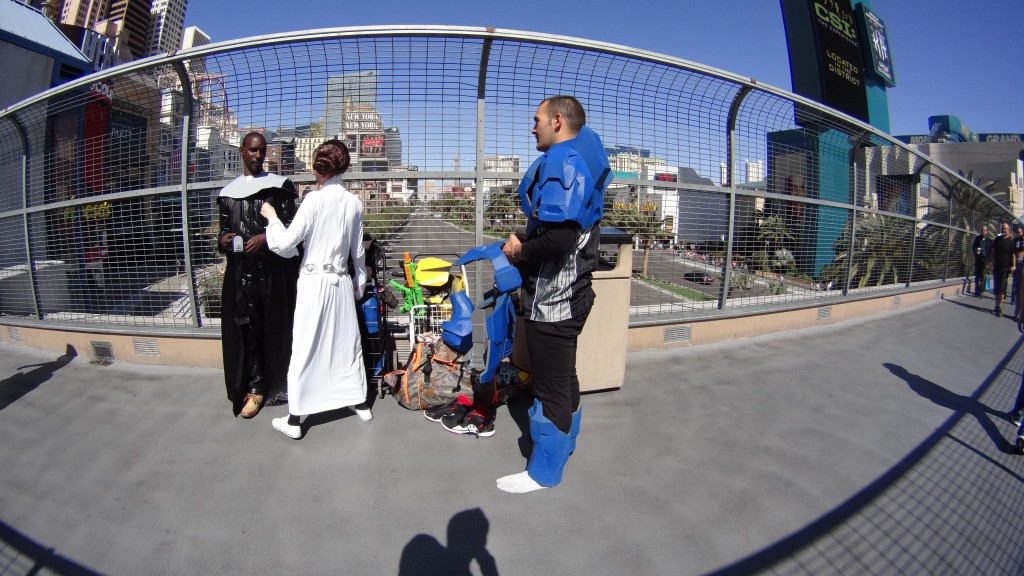 Alex Clark: This was when we saw Princess Leia conversing with some sort of Jedi-priest while a power ranger looked on. Honestly, it was a little bit boring. 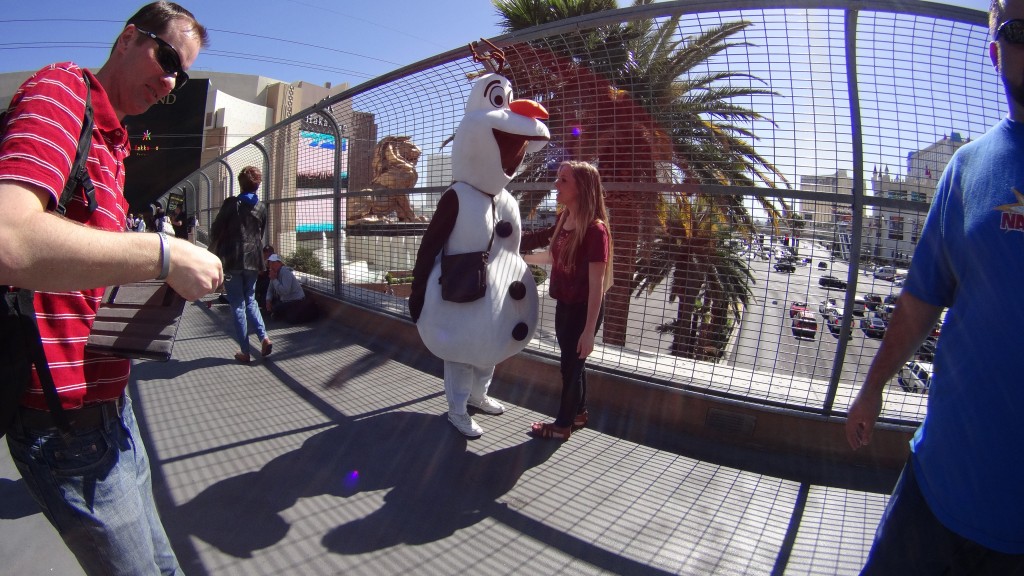 Alex Clark: We ran into approximately 64 Olafs as we made our way through the Strip. We were initially really excited to get our picture taken with him; then we realized he was in reality a homeless man who walks around in a dirty costume all day so he can take pictures with tourists and then charge them for it. 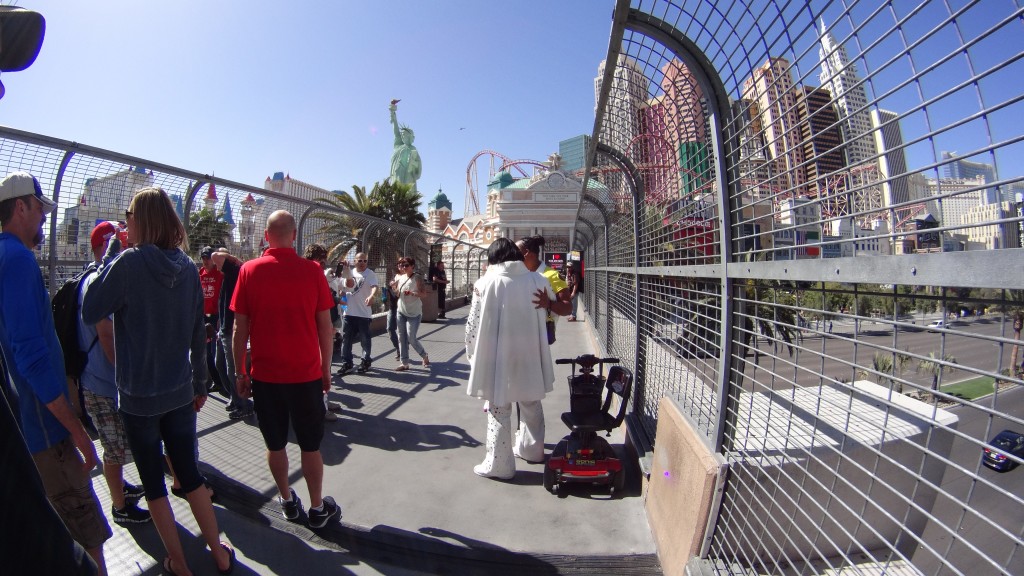 Alex Clark: You guys aren’t going to believe this, but Elvis was right there in between the MGM Grand and New York-New York hotels. He may have been a little drunk. 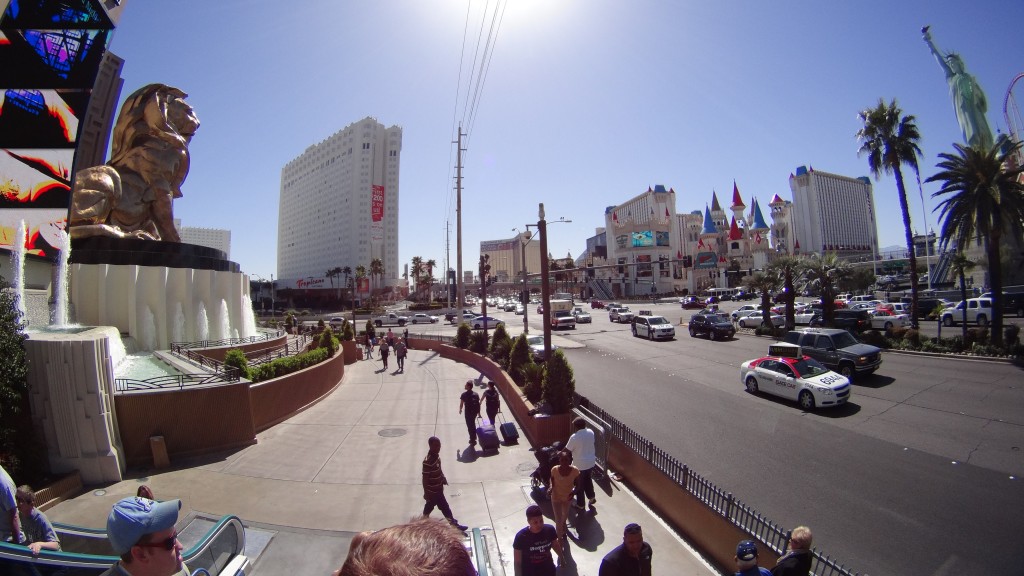 Alex Clark: You can’t see it from here, but Michael Jackson is headlining an upcoming show at Mandalay Bay. Which is pretty fantastic, especially when you consider that he has now been dead for about six years now.

J Mason Nordfelt: Elvis and MJ both alive and well in Las Vegas. What a city! 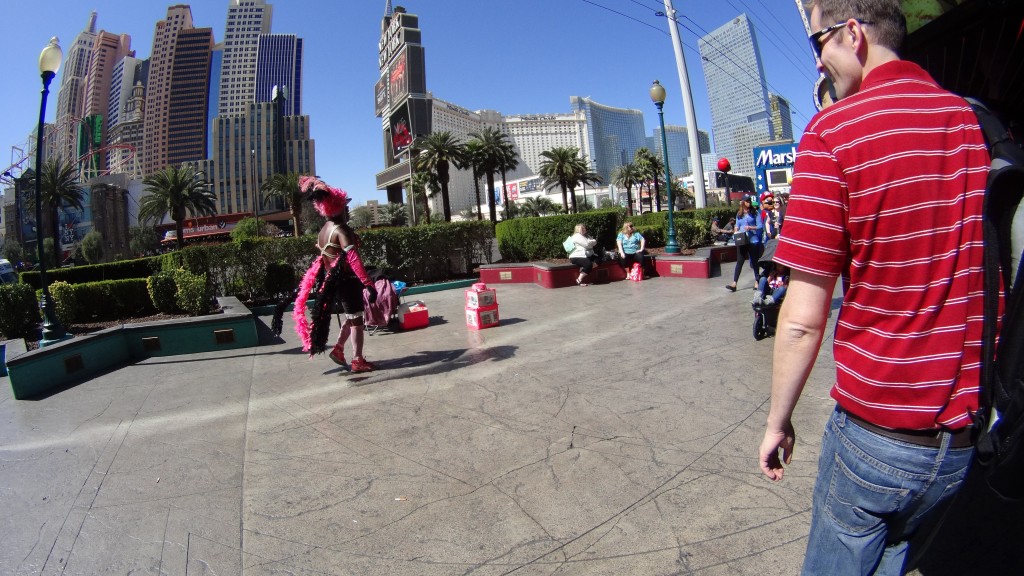 Alex Clark: The figure dressed like a showgirl is a man. He would walk into a crowd and then yell while reaching for people’s midsection.

J Mason Nordfelt: He. Was. HILARIOUS!!! I could have stood there all day long watching this guy and peeing my pants. 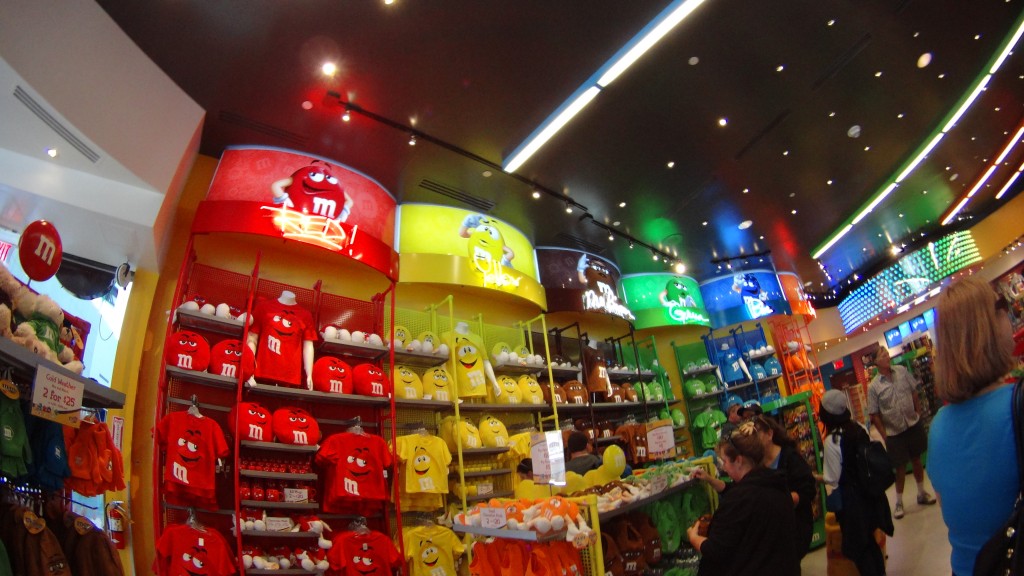 Alex Clark: Looks like we’re now in M&Ms Land. I personally had no idea the M&Ms characters have changed so much over the years… 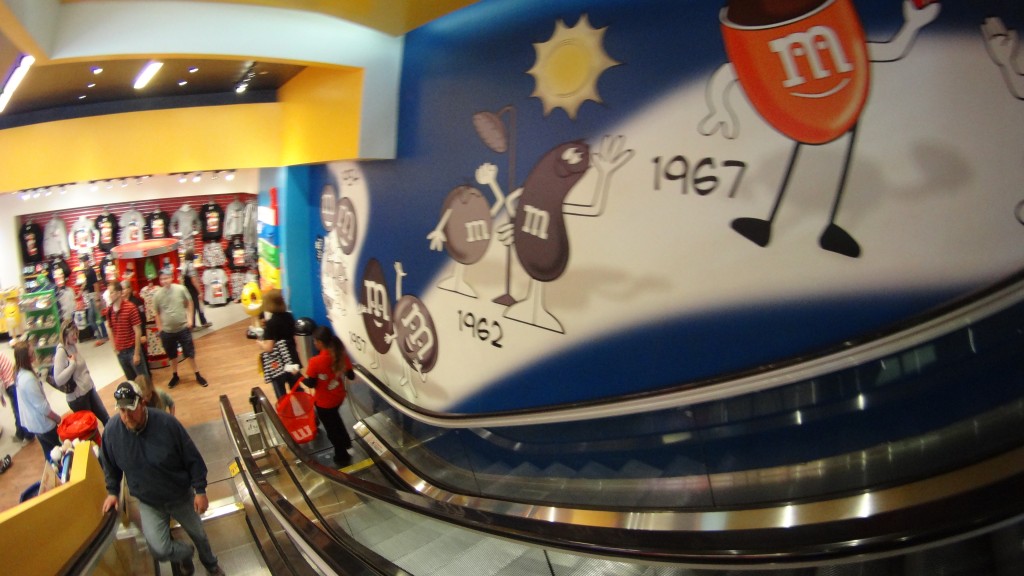 Alex Clark: Here they are in 1962, where they looked more like Grimace from McDonalds. 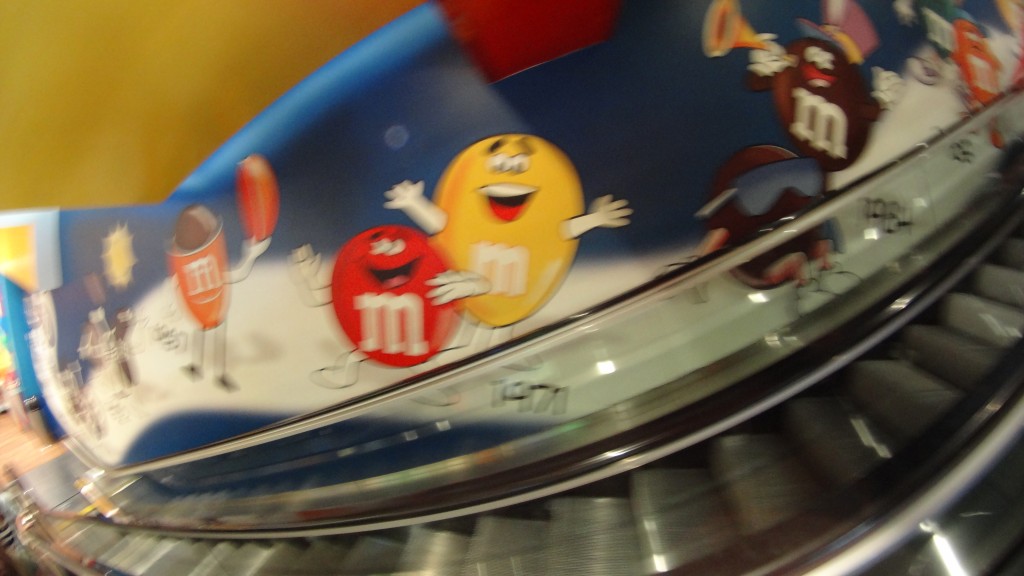 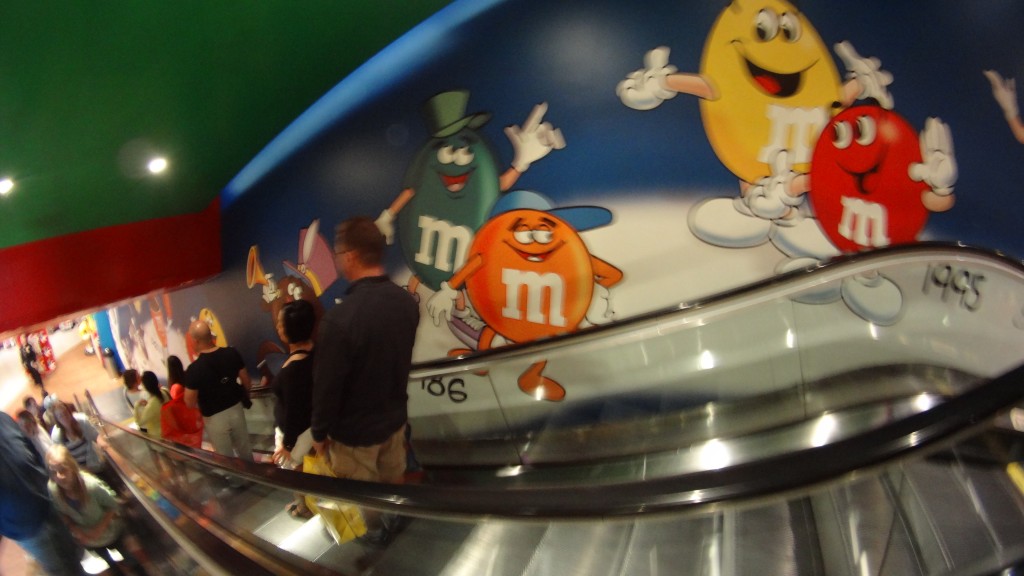 Alex Clark: 1986’s rendition was a misguided attempt to try and reach out to teenagers, scrapping Red and Yellow for a new, hipped-out version. M&Ms realized the mistake and went back to the basics in 1995. 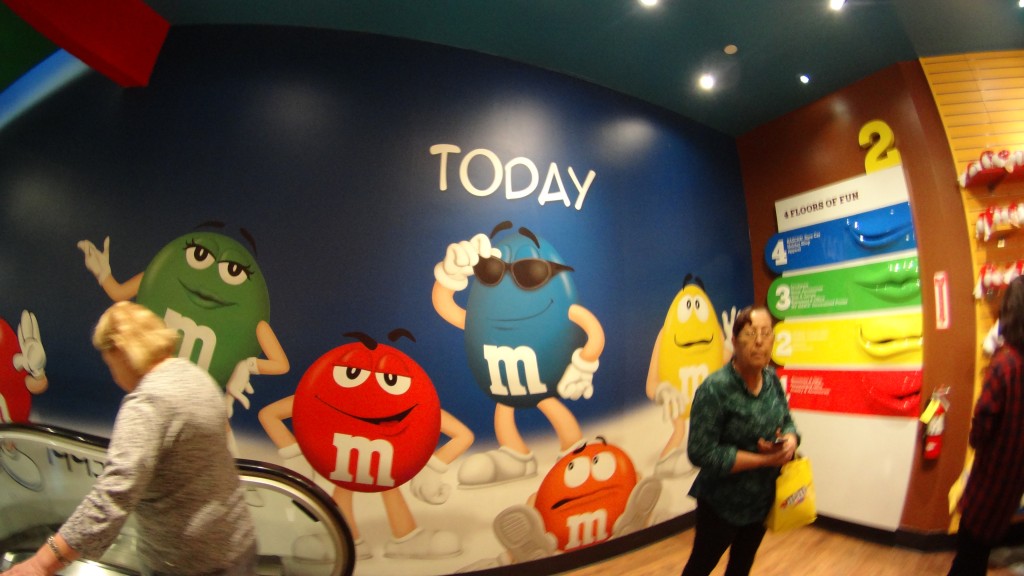 Alex Clark: Today’s M&Ms have broken through the gender barrier, proving that women M&Ms characters can be just as good, if not better, than men M&Ms characters. There still is a lot of work to go, as men still greatly outnumber women in the character workforce.

J Mason Nordfelt: Did you know there were 37,000 different kinds of M&Ms??? All of them are available on the second floor of the M&Ms store. (Seriously though, there are actually more than 100 different tubes with different types and colors of M&Ms along the wall.) 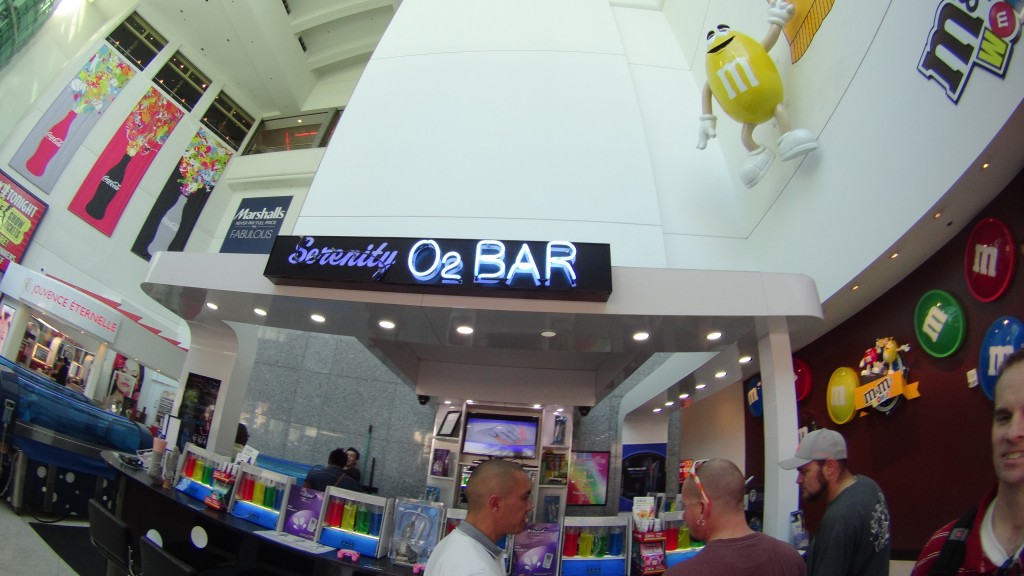 Alex Clark: Let’s face it: everyone has to breathe air. Might as well enjoy it, which is exactly what you’ll do at this oxygen bar. 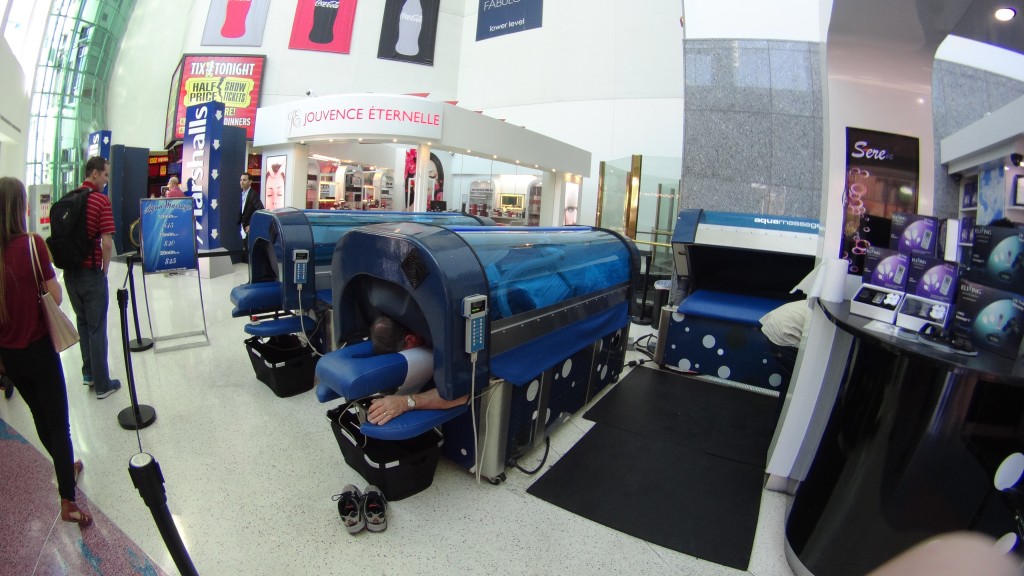 Alex Clark: After some quality breathing, you can head right over to get a dry-water massage. 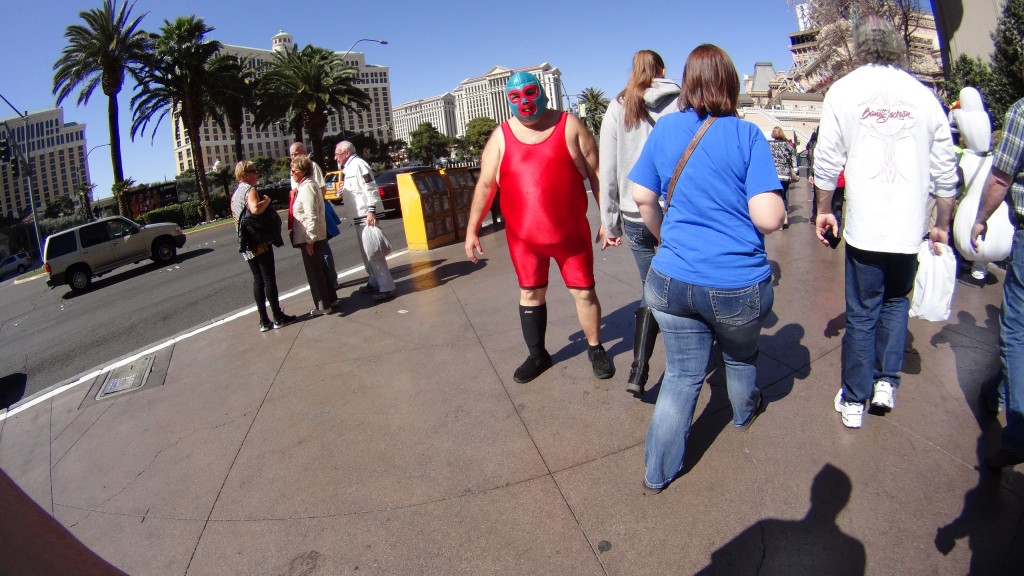 Alex Clark: This moment was probably the best part of my experience on the Strip. I looked at Nacho, and he looked at me. We silently acknowledged each other for a split second, then continued on our separate ways. 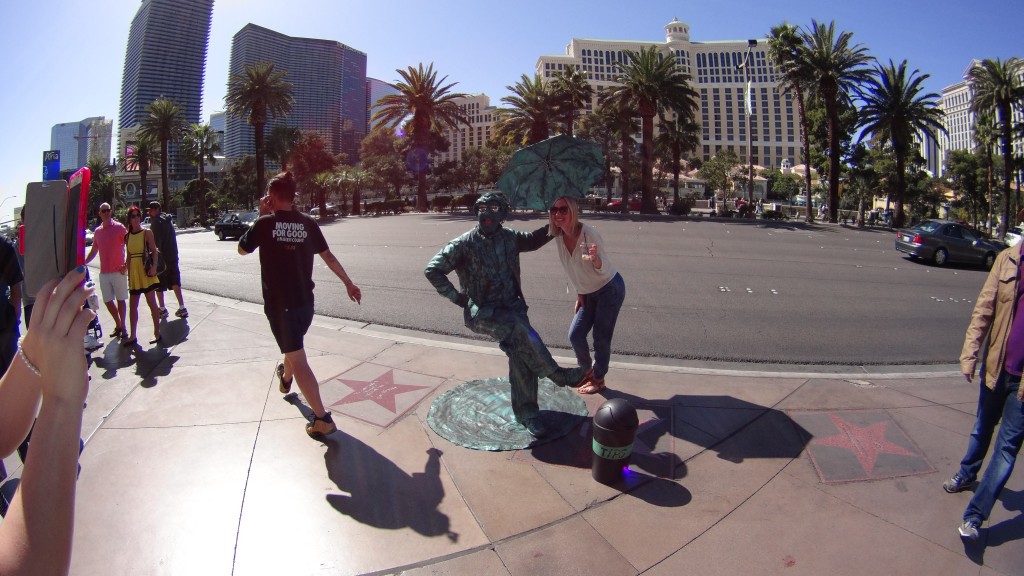 Alex Clark: I’ve tried all day to figure out how this stature impersonator guy is able to hold this pose, and I still can’t wrap my mind around it. The trick has to have something to do with the green carpet under his foot, right? You guys have any answers? 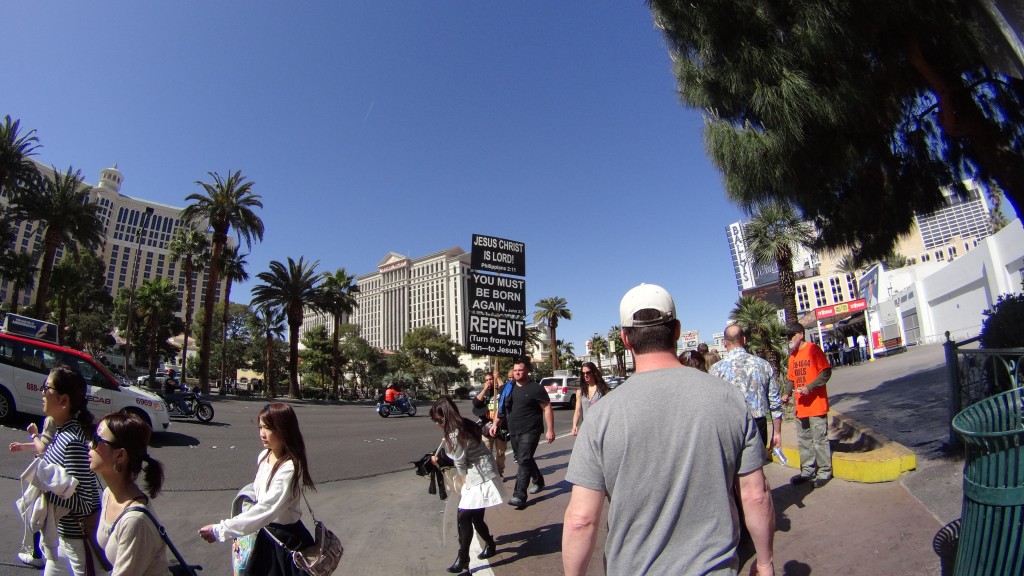 J Mason Nordfelt: Only in Vegas.