SALT LAKE CITY – Over 200 students visited the Hill last Wednesday as a part of the PTA Day at the Capitol. The annual event, hosted by the Utah PTA, seeks to bring students and parents from around the state to the Capitol to learn more about the Utah government and how it works.

Students started their day with a tour around the Capitol, from the beautiful rotunda to the extravagant Gold Room. They then participated in a series of workshops, including a mock session where they debated the merits of a bill that would give each student a smartphone.

“I think smartphones would be a distraction for students, just based on the fact that I see eight, wait, nine students on their phones in this room right now,” one student said. 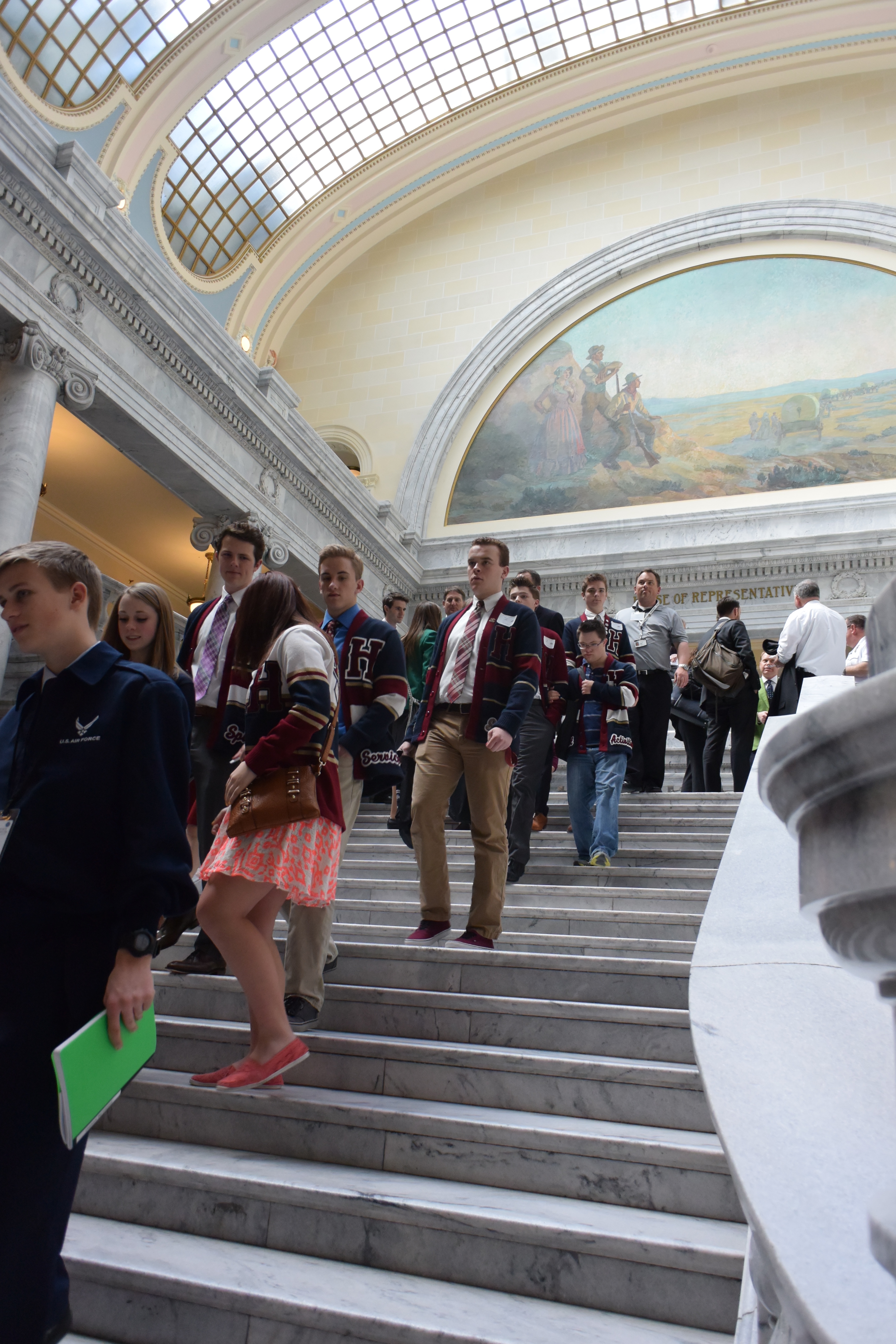 Most students never get the chance to visit the Capitol and learn about to the legislative process in such a hands-on way.

“If others don’t bring their kids here, then they don’t get the opportunity to be part of and learn about the legislature, what goes on and how to be better citizens,” Julia Mutton, a PTA organizer, said.

While the students played legislators for the morning, parents met with the PTA Legislative Action Committee in the State Office Building, where Governor Gary Herbert gave an address.

The rest of the day included a lunch in the rotunda, where the students and parents could meet and speak to their legislators.

While most of the students in attendance were from Utah, this year’s event included a group of international and foreign exchange students. The Aspect Foundation, a nonprofit organization from San Francisco, helps bring students from around the world to the U.S. for a year to practice English and experience American culture and education.

According to Trixee Buckingham, a local coordinator for the Aspect Foundation, the PTA Day at the Capitol helps the exchange students understand the society they are experiencing, how laws are made, and why they are important.

“It was a great, great event. It was the first time for me and my group of kids, and it’s been really positive so far,” said Buckingham. “They’re all smiling.”