BYU football players announced via social media on Tuesday that the new team slogan for the year is “This is Y.” Slogans in the past, like “Quest for Perfection,” “Fully Invested” and “Every Day is Game Day” are created to help motivate the football players during offseason training and throughout the regular season.

BYU’s slogans have caused controversy of late. In 2014, the “Rise as One” slogan was pulled due to a trademark issue with Budweiser. “Quest for Perfection” was the team’s mantra back in 2008, setting up disappointment later on when the team lost to TCU, Utah and Arizona.

This year’s slogan continued the tradition of polarization as the announcement was met with mixed feelings on Twitter. Several BYU football players tweeted their support for the slogan: 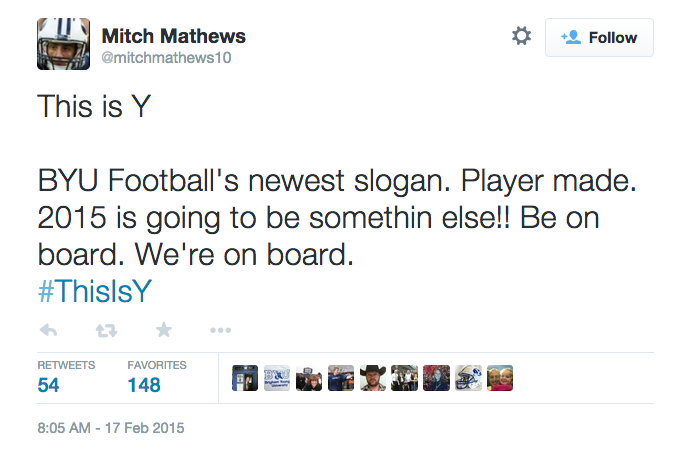