SALT LAKE CITY– Each year, the Utah House of Representatives listens to the State of the Judiciary address at the Capitol during the first day of the session.

his year, Utah Supreme Court Chief Justice Matthew B. Durrant spoke before legislators praising them for past changes made to the Utah judicial system and encouraging them toward future change.

During his address, Durrant said that traditionally the purpose of the annual address has been to inform the public on the status of the Utah court system, but he wanted to highlight the great changes legislators have brought upon the justice system. Among the legislative impacts was one that, in his opinion, has put the Utah Judiciary in a favorable position versus many other systems in the country. 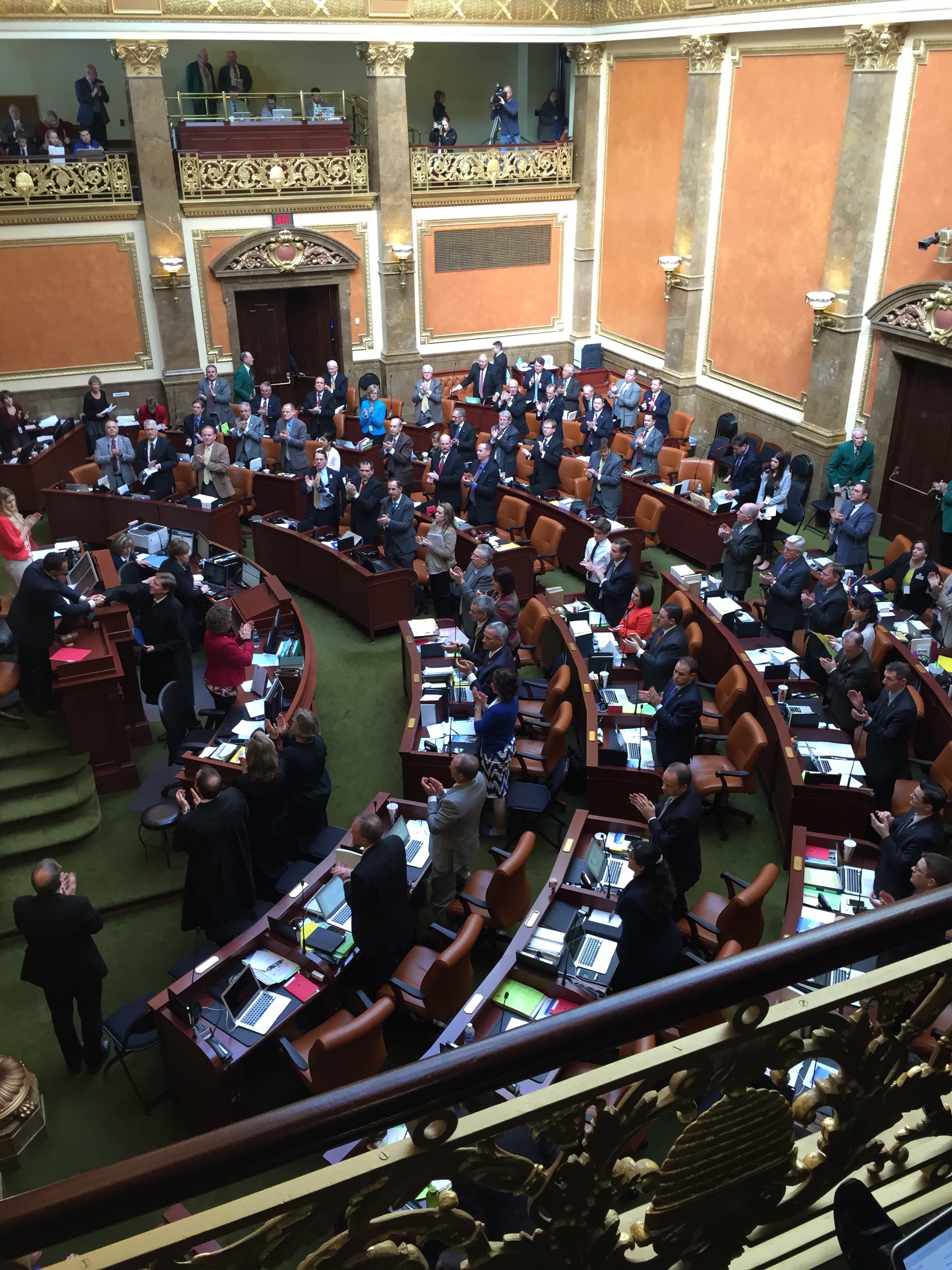 A 1985 amendment, he said, implemented a judicial council to use a merit-based system for selecting judges from whom the governor could choose his nomination. Durrant praised the system saying, “ It is a judicial selection process that is as rigorous as can be found in any state of the Union.”

Having discussed past changes, the Chief Justice turned his focus to three items scheduled for discussion this legislative session. The first encourages passage of a bill to increase judicial salaries. Durrant explained that the selection pool for judges is shrinking, and in order to maintain good judges compensation must increase.

While it may seem self-serving, Durrant said, “I genuinely believe it is in the best interest of the citizens of this state.”

A second bill would approve more judicial districts easing the caseloads in overly-stressed courtrooms. Finally, a third bill is urging lawmakers to fund the Justice Reinvestment Initiative, which would provide programs to reduce recidivism among criminals who had been released from prison.

“Ninety-eight percent of people sent to jail or prison eventually re-enter society,” Durrant said, but “for some, prison may be more harm than good.”He proceeded to address drug issues in the judicial system and praised the current drug court system, but he suggested that more could be done. For example, more than 50 percent of those who would qualify for drug court are not granted to opportunity to, he said.

With his closing remarks, Durrant thanked the legislators and encouraged them to make large changes like those that changed Utah’s courts 30 years ago.