(Editor’s Note: Kim R. Burningham speaks in his own behalf.  The point of view expressed in this opinion does not necessarily represent any organization of which he is a part.  The concepts of this email were delivered by Burningham in his final comments at the end of 16 years as a member of the State Board of Education.) 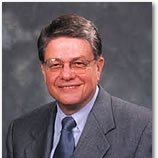 We live in a world of division.  Locally, nationally, and internationally, people advocate so strongly for various extreme positions they are unable to see the merits of consensus-building with other opposing arguments.  I am especially leery of those who think they have “the solution” to any educational challenge.

My sixteen years as a member of the State Board of Education has led me to become very suspicious of the “one answer” approach.  In many cases, the best practice, I believe,  is mix of many approaches and is found somewhere in the “middle.”  Let me illustrate:

Too much testing vs. too little testing

Today, considerable controversy swirls about the use of testing to measure achievement in education.  Some decry testing; they claim all the testing overshadows other educational purposes.  They even seem to suggest elimination of most testing.  Others (some legislators I know, for instance) think testing is the answer to almost everything. Test the schools.  Test the teachers.  Test the students.  Testing will, they believe, lead to excellence.   In my opinion, neither position is totally true or false.   Effective education must include some testing to understand strengths and weaknesses and make asjustments.  Too much testing, on the other hand, may obliterate subtle values found in good education experience.  The middle ground is, to me, the better alternative.

One teaching style vs. another

Some naïve observers believe they have found the “one true way” to teach:  for example, group discussion is the only way!  Avoid the lecture like a plague.  Some think they know the best technique and wish to exclude unique approaches.   Experience in the classroom tells me the truth is to be found in a variety of teaching styles.  Students learn differently; the same student may learn differently one day than the next.  The best teaching style, I think, is many styles!

Technology vs. the “old-fashioned” approach

Many advocates insist the answer to improving education is found in “computerizing” education.   Buy a computer for every student and put them to work.  Teachers can be the mechanics who wander the class to make sure the equipment is functioning.   Surely, a computer is an excellent device for learning, but at the exclusion of other approaches?   I strongly doubt it.

Touching the student vs. cold distance

One very alarming concern facing educators deals with instances where child predators invade the system.  Well-meaning crusaders believe we can banish such predators in the classroom by stopping physical interaction between students and teachers.  A teacher should never touch a student!   There must be a middle ground here.  I do not want to instigate a system where my grandchild or any other child will not receive the loving touch of an effective teacher!

My point: those who find THE solution in one approach may well lose the values of an various unique approaches.  Often, I believe, the middle ground should be sought.

My thinking may be the result of age: I am increasingly comfortable with the observation of Paula Cole, American singer and songwriter, who observed, “The older I get, the more I see that there really aren’t huge zeniths of happiness or a huge abyss of darkness as much as there used to be. I tend to walk a middle ground.”

For educators, and for people in all walks of life, I offer three suggestions: