Facebook
Twitter
Pinterest
WhatsApp
Opening your call alone
One BYU freshman decided to open his mission call by himself at the top of a mountain. Nate Shepherd recorded the video and shared it on Facebook. Brad Wilcox, Shepherd’s mission prep professor, shared the video as well and congratulated Nate on his call.
Post by Nathaniel Shepherd.

At home on campus 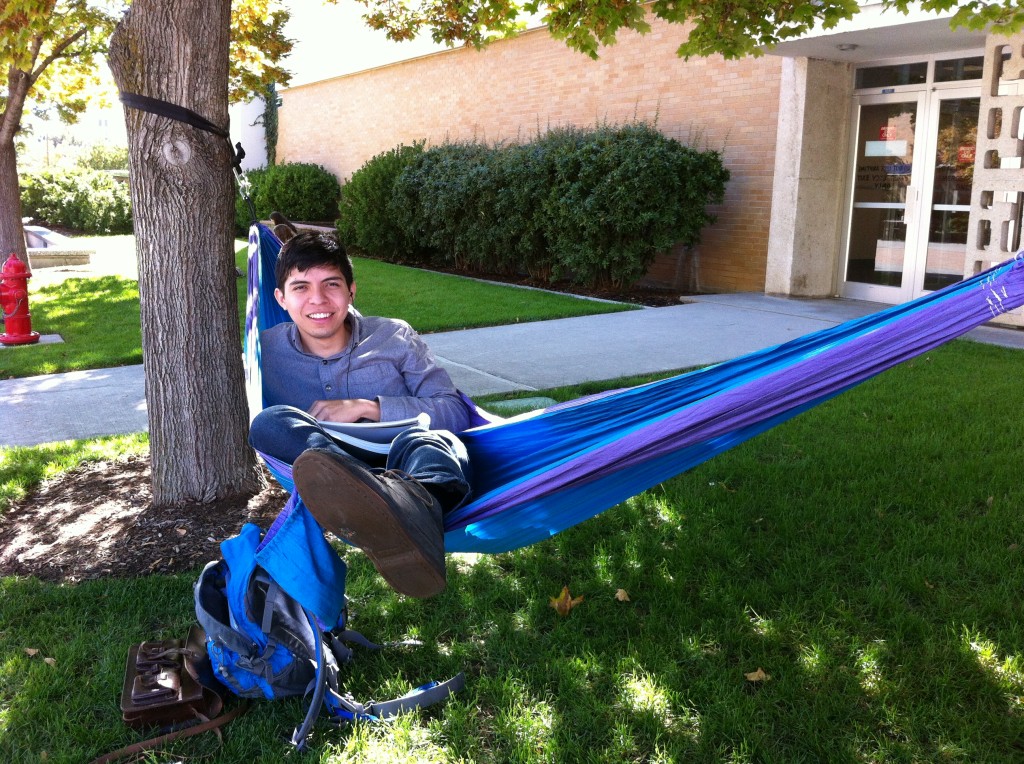 “I bought the hammock for a camp-out in the Native American village of Havasupai. I’ve camped there a few times starting when I was a boy scout. This last time, my friend and I didn’t want to bring sleeping bags or pads. I wanted to give it some more use so I started bringing it on campus.”
“I served my mission in Sacramento, CA where I learned Hmong. It comes from the hill tribes of South East Asia. I also speak English, Spanish, Thai, and Lao. I found I had a knack for language; it was interesting and fascinating to me.”
“I hope to work somewhere interesting like Laos or the Middle East. We tend to view those places as uninhabitable, but people spend their whole lives there and are happy. I would like to experience other parts of the world.”
“I’ve been a translator for General Conference since 2010. I translate the talks into Hmong. This last conference I translated talks for Elder Holland and President Monson.”