SALT LAKE CITY (AP) — Church officials say 274 Mormon missionaries are being transferred out of Sierra Leone and Liberia due to the Ebola outbreak in West Africa. 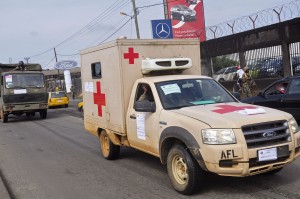 The Church of Jesus Christ of Latter-day Saints said Friday the missionaries are being reassigned to other countries.

So far, there are no reports of missionaries being sick with Ebola. The transfers are precautionary. The church says missionaries have been asked to remain in their apartments in recent weeks to prevent getting sick.

The church is the latest organization to move people out of the region. More than 300 Peace Corps volunteers have been evacuated from Sierra Leone, Guinea and Liberia.